The “High Lines” of Tokyo

A guide to the city’s hidden railway parks

Readers may be familiar with New York’s High Line, an aerial park built on the remains of an abandoned freight railroad. Starting in 2006 the elevated tracks underwent a transformation into a 2.33 kilometer pedestrian path with features such as wild grasses, groves of trees and orphaned railway ties. The park is a Manhattan museum: spectacular, and just as crowded. When I visited the High Line in December, tourists shrugged off the -7 C temperatures to experience the High Line’s curated whimsy. Seeing this, I was not surprised to learn that the High Line is New York’s 8th most popular attraction according to TripAdvisor. This success has inspired cities around the world to pursue their own High Lines, including London, Seoul and Mexico City, to name a few. What about Tokyo? 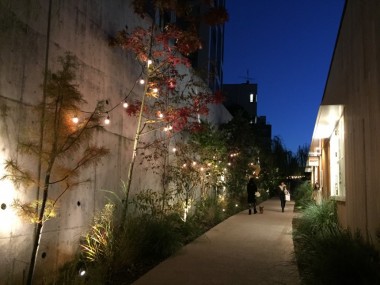 A recent Tokyo ‘high line’ can be found south of Shibuya Station, close to Daikanyama Station. Here, in 2013, the Tokyu Toyoko line was moved underground and the land was redeveloped as Log Road Daikanyama, a series of shops and cafes strung together by a 220-meter pedestrian path.

The Guardian described the Log Road as “the world’s newest high line,” but the comparison is rather tenuous, as the High Line and the Log Road share few design elements other than a shared rail heritage. Furthermore, Log Road Daikanyama is as much a shopping mall as it is a public park. That being said, the Log Road is tastefully designed and delicately built into the fabric of the surrounding neighborhood.

Equally inconspicuous is Shinjuku Promenade Park, a 260-meter path with a thick canopy of trees that abuts the Golden Gai bar district. The park was built in 1974 on the remains of the old Toden electric streetcar line. Excellent views of this section of track can be seen in the film Outlaw: Gangster VIP (1968), starring Tetsuya Watari and Chieko Matsubara. This film, fortunately, is what taught me about the park’s history. (It also taught me that yakuza films can be a lot of fun).

Rail trails like Log Road Daikanyama and Shinjuku Promenade Park are scattered throughout Tokyo. In Koto-ku there’s the Ojima Ryokudo Park, opened in 1978 following the closure of a streetcar. In Musashi-Koyama a series of three parks was created when the Tokyu Meguro Line was moved underground in 2006. And in Musashino, past Mitaka Station, there are over two and a half kilometers of trails resulting from the old cargo railway for the Nakajima Aircraft Company, which manufactured engines for the famed Zero fighter planes. This line would have a second life as the Musashino Stadium Line, serving the ill-fated Musashino Green Park baseball stadium, which opened and closed in 1951. 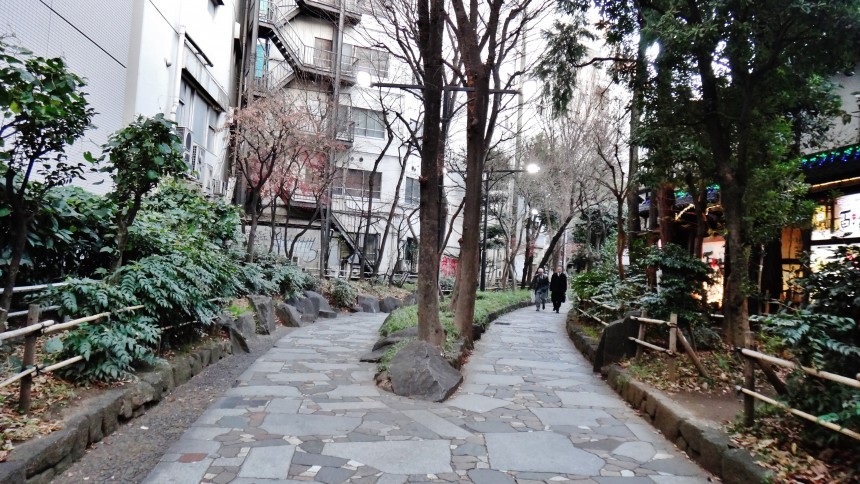 While none of the rail trails in Tokyo can compete with the High Line’s aesthetics, there is one in Yokohama that comes close. Starting from Sakuragicho Station, Kishamichi Promenade traces an arc into the heart of the Yokohama waterfront, following the path of an old freight line that served the port and the customs house. The promenade leads towards the historic Akarenga red brick warehouse, now a popular shopping and dining venue, and the Osanbashi Yokohama International Passenger Terminal. From here the rail path continues as the Yamashita Rinko Line Promenade. This section bears the greatest resemblance to New York’s High Line due to an elegant section of elevated track with views of the harbor and of the Yokohama skyline. The surrounding Elephant Nose Pier Park is also artfully designed with landscaping elements that would not look out of place on the High Line. 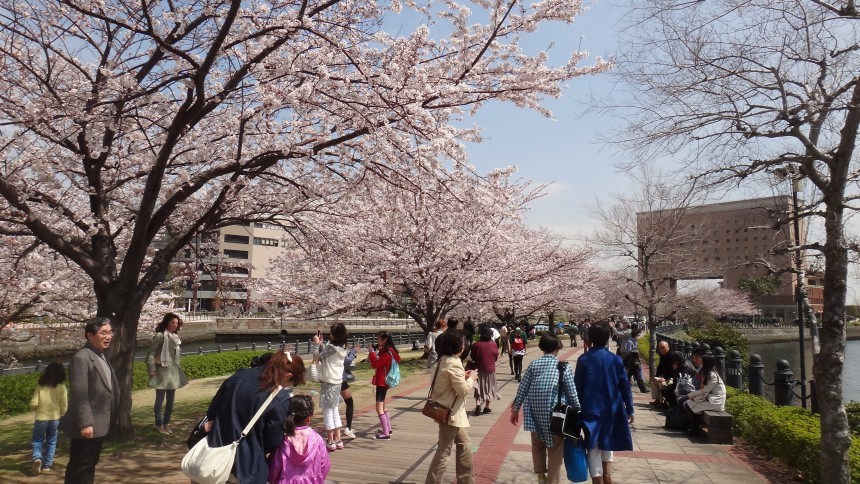 Yokohama may have the most stunning rail trail, but Tokyo has the most informative. North of Futako-Tamagawa Station is the “Kinuta Line Trace Trail”, 砧線跡歩道, a tree-lined street with flourishes such as train-themed manhole covers, sculptures and a wide, protected sidewalk where the train used to run. 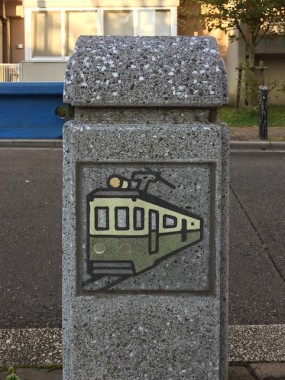 The tracks trace their history to around 1907, when the Tamagawa Electric Railway was established for transportation of gravel from nearby gravel pits. Gravel transport gave way to people transport in the form of the Kinuta Line streetcar, which was abolished in 1969. You can learn more about these trains and local history at the Tama-den Electric Railway Museum, 大勝庵玉電と郷土の歴史館, located adjacent to the old train path. The one-room museum is so small that it feels like a visit to someone’s apartment; fortunately the man who runs the museum is a friendly and enthusiastic host. Even if you don’t speak Japanese, there is probably enough train paraphernalia to make the visit worthwhile for train aficionados; in particular, the museum houses the conductor’s booth of an old streetcar. Admission is free.

My sentimental favorite is Michizukadaisan Jidou-koen, part of a 400-meter path in Ota-ku that brings a touch of flair to an otherwise drab section of the city. Recent renovations to the park include faux train platform signs and paving stones set in parallel lines to mimic train tracks. The trains that ran through here provided coal to the Yaguchi Power Station, a power plant that generated electricity for the Japan Railway network in Tokyo. Tokyo, then, is rich in variations of the high line and, while not as salient as New York’s feted space, they still give local psychogeographers out there something to be joyous about. 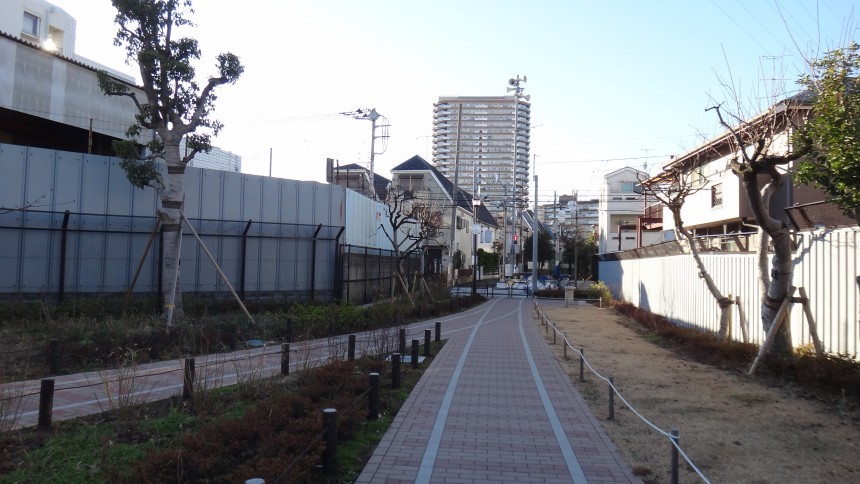 Find out about the best medicines for menstruation, available in Japanese pharmacies