If Lolita fashion is dead, then milch is the drink of choice in the afterlife.

With the German word for ‘milk’ as their name, Die Milch are a Gothic and Lolita unit who represent a complete fusion of music and fashion. “I think it sounds cute. And I like dairy products,” says enigmatic singer and keyboardist Coco. “Milk can become various sweets.” Coco performs flanked by two expert violinists, immaculately dressed head-to-toe in Gothic and Lolita fashion. Musically, Die Milch blend classical music with elements of rock, electronic and the catchy melodies of J-Pop. Think 17th century French court music with dark industrial edges and the danceable frivolity of Kyary Pamyu Pamyu. 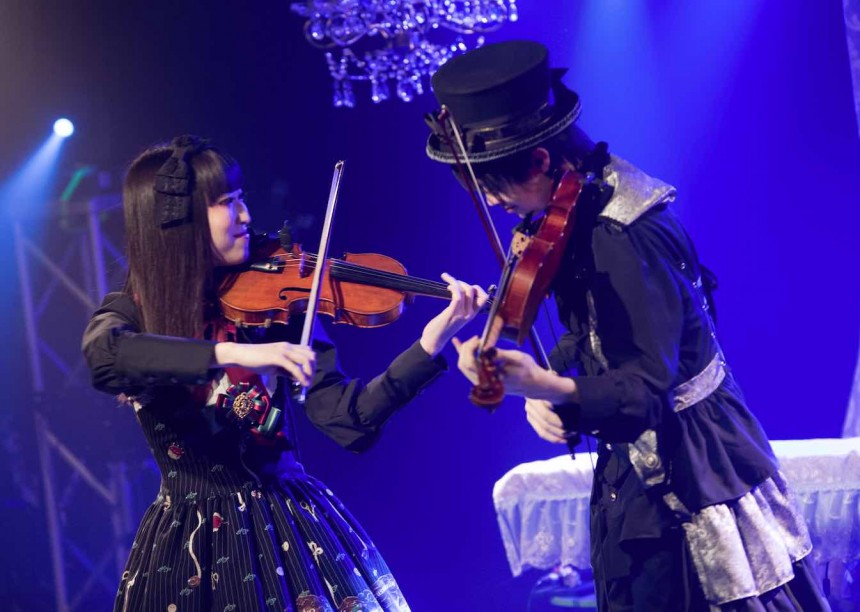 Western journalists do enjoy beating the “Harajuku fashion is dead” drum, but bands like Die Milch provide physical and artistic spaces where alternative fashion can be enjoyed. “I feel Harajuku fashion is changing little by little, but I don’t think it’s ever been dead,” Coco says. “It’s connected to Japan’s current economic climate. Young people in Japan today don’t have as much money as before, so they’re spending less on not just fashion but material goods in general. There is less material desire nowadays.” For Coco, Lolita’s survival is tied up with the fashion’s enduring popularity overseas. “Lolita brands in Japan are currently struggling, but the fact that there are many customers abroad means that Japan’s Lolita fashion is now composed of followers across the globe.”

Japan’s stagnant economy aside, the internet has been both life-giver and executioner to subcultures because it reduces the need for physical subcultural spaces. You don’t need to head to Takeshita-dori to get your fill of the Lolita aesthetic if you can reblog images on Tumblr or dress up and take pictures in your bedroom. It’s undeniable that less Lolitas stroll the streets of Harajuku compared to 15 years ago. And yet, the internet has allowed alternative fashions to be discovered and enjoyed by people worldwide. It is in international cyberspace where Die Milch have found their audience and are able to propagate their artistic vision. Although they have a respectable following of dedicated fans in Japan, it is on their European and Asian tours where the unit draw the biggest crowds, often with audiences decked out in Lolita fashion. “Both Lolita fashion and classical music have roots in Europe,” Coco explains. “In this way, I think this fashion suits the European cityscape so I love touring Europe…It makes me really happy to see our fans come to see us wearing Lolita!”

It’s interesting how fringe elements of a culture become unlikely ambassadors abroad. Londoner Paul Browne is one individual who was instrumental in bringing Die Milch to Europe. The founder of J-Pop Go, a UK website about Japan which also organizes events, it’s clear he thinks Die Milch’s image is integral to their European popularity “The Die Milch show that we staged was one of the most popular live events that J-Pop Go have run, and demonstrated that there’s an audience for a combination of J-pop/Gothic Lolita elements,” Browne commented. “Their sense of style gave striking visual elements to the shows.” Indeed, Die Milch’s aesthetic evokes a kind of dream Europe that is somehow quintessentially Japanese—and this is compelling to European audiences. In a delicious exchange of ironies, you could say Die Milch are “big in Europe.” 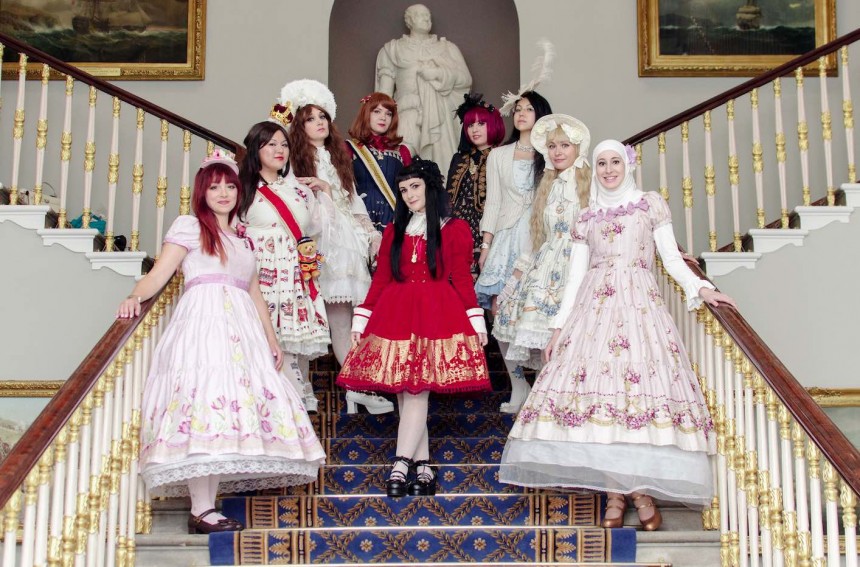 The Gothic and Lolita Bible published its final “mook” in 2017, undeniably an end of an era. But Coco is optimistic about the future of Lolita. “Whatever form Lolita takes, it will continue to exist as an eternal ‘Princess’ ideal that girls will be drawn to.” Today, creativity can transcend the pages of a magazine and fandoms live in their own international microcosms. Die Milch stress that their music is not just for Lolitas, but it’s undeniable that the unit’s aesthetic is crucial to its appeal, both in Japan and abroad. The so-called “death of Harajuku” has not deterred Die Milch from continuing their creative vision, and Coco remains hopeful. “I would like to continue writing songs, doing performances and having people come to enjoy them…in addition, I would be honored if Die Milch was able to be used as an object of international exchange.”