Metropolis chatted to Japanese kilt maker Hitomi Nomura about her new life living in Scotland learning the artisanship and craft involved in making Scotland’s national dress. It’s not rare for Japanese artisans to go abroad to study and learn, then return home to establish their own businesses. It’s a different kettle of fish, however, for Japanese to go and set up home abroad and metaphorically “teach your granny to suck eggs.” Kei Kobayashi, a Japanese chef based in Paris, has just been awarded three Michelin stars and is showing France that the Japanese are just as skilled and determined as French cooks to succeed on the French culinary stage. Nomura can also be considered a trailblazer in her own way and a genuine artisan striving to make waves in the Scottish kilt making industry.

Metropolis: What is your background?

Hitomi Nomura: I was working at an IT company in Tokyo before I came to Scotland. I was a perfectly normal Japanese lady that you would see around Tokyo. I think I was brimming with curiosity, especially about foreign cultures. One of the reasons why I’m this way is because my dad loves movies and music, so I grew up with films and music from all over the world. That’s why I have always been curious about things that I have never seen before.

M: Why did you move to Scotland?

HN: Because I love Scotland. I had been hoping to live in Scotland since I fell in love with Scottish culture. However, it’s so difficult for Japanese people to get a UK working visa. There is a Youth Mobility Scheme visa which grants 1,000 Japanese people a UK visa for two years, but because of its popularity, most people are denied one. I think the UK visa is one of the most popular ones; I was initially denied one as well.

In 2017 I went to Dublin first, then traveled to Scotland. Luckily,  I got a UK visa in July 2017. I was already 30 years old, so it was my last chance to get a YMS visa. I thought “Scotland is calling me.” Also, the day after I got my visa approved was the day I started thinking that I would love to try to make a kilt. 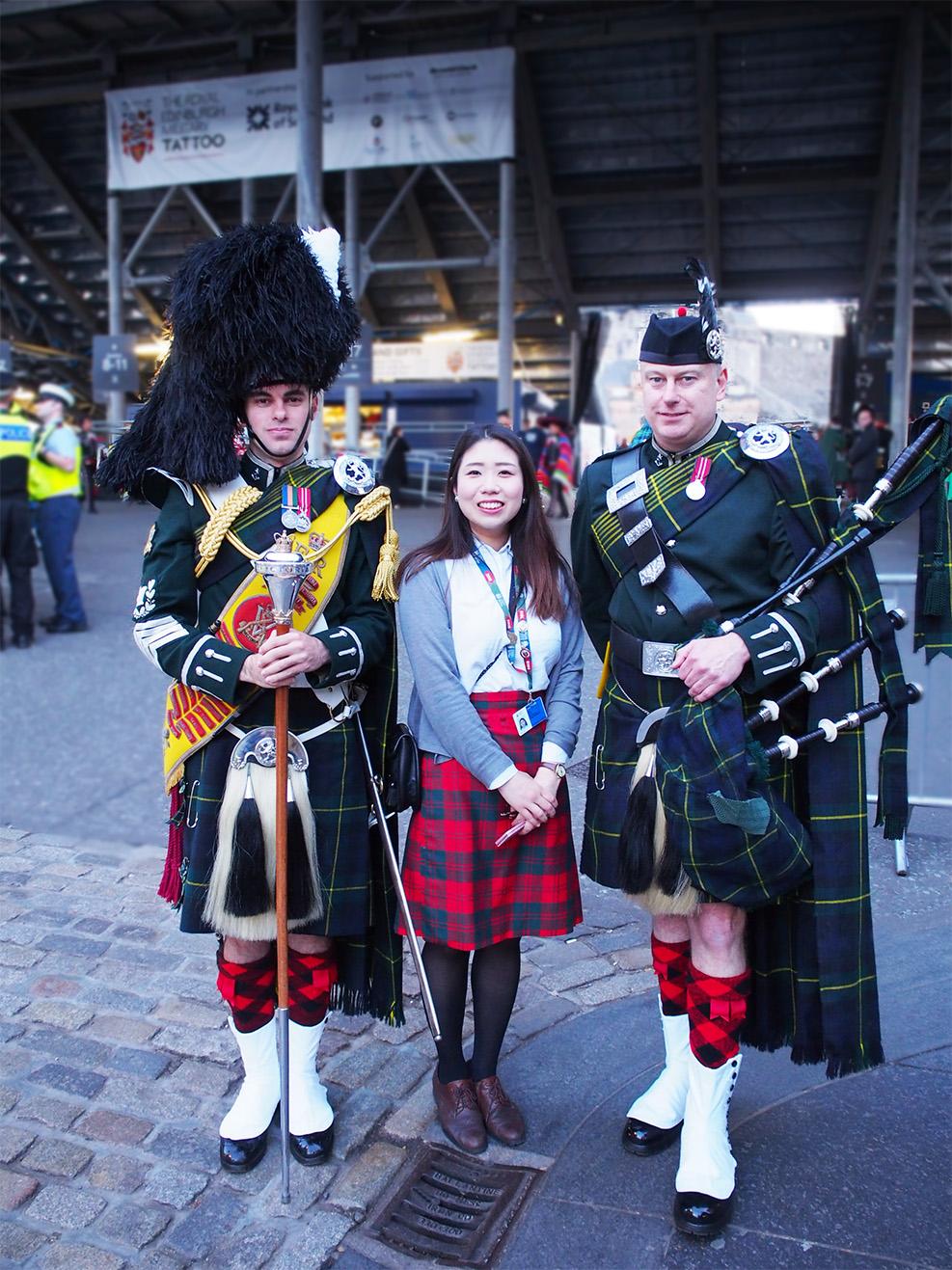 M: Why are you attracted to kilts?

HN: I fell in love with the beauty of tartan, of course. But actually I strongly love the history and background behind it. When I was reading some books about the UK, it was written in one book that the Scottish people have their own tartan for each family.

It also mentioned that there were many Scottish descendants from all over the world, who went to Scotland searching for their own ancestral tartan. This knowledge struck me like lightning, I said “What!? Wow, Scottish people are amazing!” in the public library. After that, my life naturally guided me to Scotland.

M: Scotland is the home of kilts. Why is your work different from other kiltmakers in Scotland?

HN: I had been making traditional-style kilts in Scotland with Scottish kilt makers. It was the best experience of my life because I learned it in Scotland, the home of kilts. I had also been thinking that when I return to Japan I am going to make ladies kilts for Japanese people as my main business. I am also going to make men’s traditional kilts for anyone who wants a kilt in Japan, although this will be my side business, because there aren’t so many men who want a traditional-style kilt in Japan.

My first dream was “bring back Scottish culture to Japan.” Now my dream is to “spread Scottish culture in Japan,” so I am very happy to make a kilt even if it’s not 100 percent traditional. This is because it is what only I can do as a Japanese kilt maker. 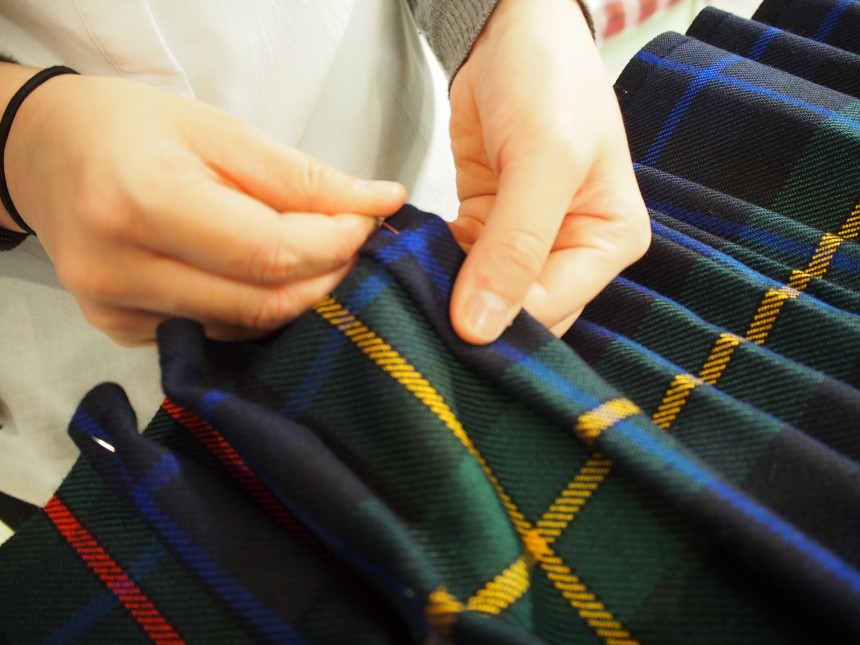 M: Who are your customers?

HN: When I was living in Edinburgh, I was making kilts for Scottish people. Then at some point, I started to get Japanese customers. They found me on social media and they loved Scotland as well. A few months ago, I made a kilt for a Japanese bagpiper as well, which was an amazing experience.

Now I am making “tartan” skirts which are inspired by the design of the traditional style kilt, which I redesigned myself. I am very confident that the skirts are perfectly luxurious and come in beautiful shapes, all one of a kind.

M: What kind of person do you target? Tourists? Scottish people looking for something different?

HN: My first target is Japanese women. Japanese women love fashion. They always love to clothe their whole body with their favorite things. I can see that they are always looking for something special. I am sure that tartan can become their favorite. My second target is people who want a Scottish traditional-style kilt in Japan. I have been making a traditional kilt so I would love to continue to make a traditional one.

My third target is British people. I want to bring back my tartan skirt to Scotland someday. My skirt is not 100 percent Scottish style as it includes my own tastes. The technique used by the Japanese sewing company that makes my skirts is really good. Their skills are very delicate and neat. 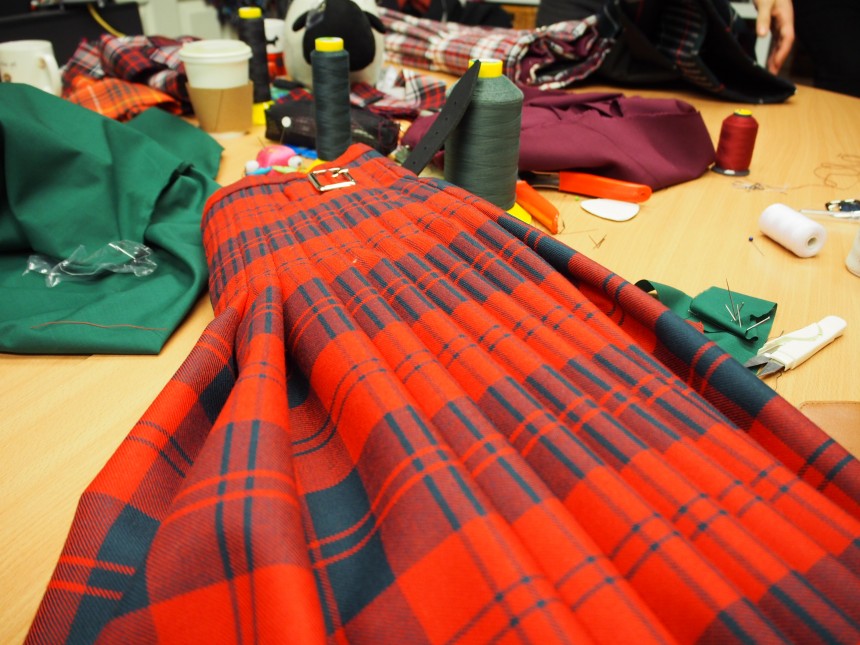 M: What do Japanese people think of Scotland? What do they think about kilts?

HN: I think Scotland is now growing in popularity in Japan. It started with the NHK drama “Massan” in 2015, then of course, the Rugby World Cup in 2019 also spiked interest. The Scottish bagpipe band “Red Hot Chilli Pipers” came to Japan last year as well.

Also, I suppose that most Japanese people would know that the Scottish are wearing tartan “skirts,” but most people still don’t know exactly why the Scottish people wear tartan and the history behind the clothing.

When I was working at the souvenir shop in front of Edinburgh Castle, I met so many Japanese tourists. I was explaining to them what tartan means to Scottish people, and most of them were surprised and became more curious about tartan’s story. They loved it, which made me want to continue this activity in Japan. I would love it if many Japanese become interested in Scotland and visited the country to see the beautiful culture and nature, like I did. 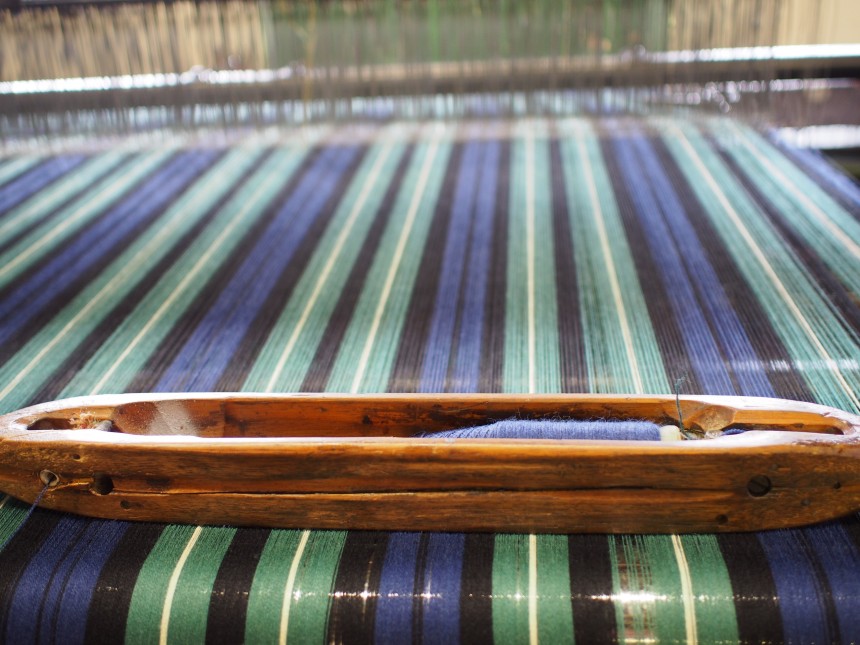 M: What do you respect and know about traditional Scottish culture and clothing?

HN: It’s very interesting when you compare the cultures of Japan and Scotland. For example, crests. The Scottish have a family tartan and crest. We don’t have tartan but we have crests called kamon (family crests).

When I was watching “Outlaw King” on Netflix I felt like I was watching Taiga, a Japanese historical drama on NHK, because both countries’ warriors have and show their crests on their flags and uniforms. I can see when people have to fight an enemy, the symbols of their team are necessary for raising motivation. There is an interesting history of tartan as well, in particular the ban on wearing tartan in 1746 after the war of Culloden. I learned from it how showing the tartan is a strong identity for Scottish. The Japanese used to have a slightly similar history, where the working-class in the Edo era couldn’t wear bright colored kimonos because it looked extravagant.

However, it was not a ban on showing national identity, it was just for distinguishing classes. The relationship between Scotland and England seems to be always complicated and this is interesting for me. I need to research it more. I also like the side items of kilts: Sporran, sgian-dubh, kilt hose, flashes, Ghillie brogues… every item makes me feel the history. We are still wearing the kimono now, but we don’t have the katana (Japanese traditional sword) anymore.

M: You make ladies kilts. What are the differences between ladies and mens kilts?

HN: First, I want to make sure that men’s kilts are the perfect traditional wear. My ladies’ skirts are for daily fashion that is inspired by Scottish kilts. I hope my customers enjoy wearing my skirts and feel the Scottish culture on a regular day.

Women’s skirts are much lighter than men’s. Kilts for men are wrapped from the left and for women it’s the opposite way around, wrapping from the right. However, the style is almost the same. I use the same fabrics from the UK.

The skirts have beautifully detailed pleats, which is what I find most important. I also like the apron with fringe, kilt pins, straps, and belt. I am sure that you can feel the sense of “I am wearing a kilt” when you wear one. 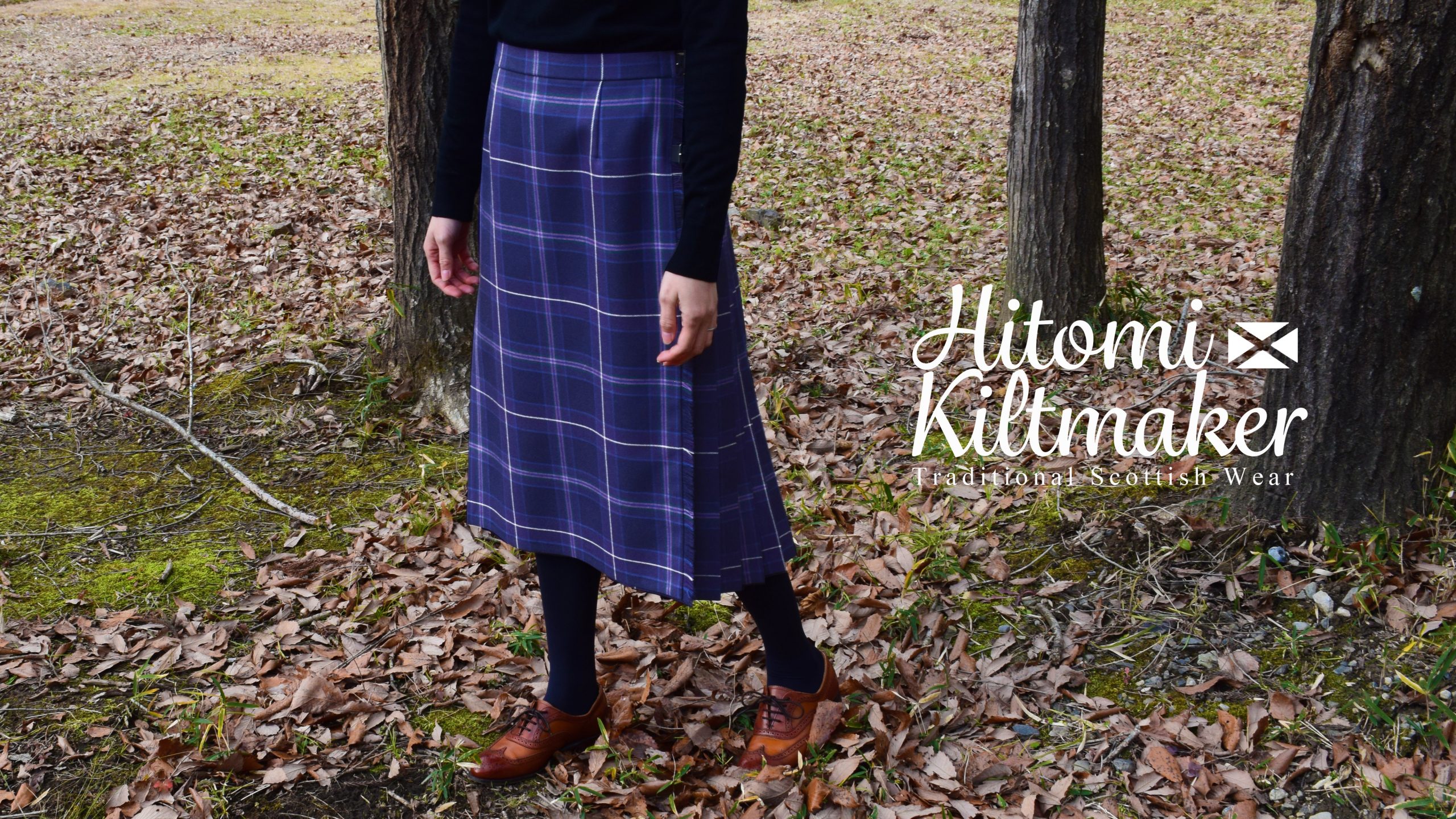 M: Would you ever consider opening a kilt store in Tokyo or elsewhere in Japan?