Journey to the End of the Night

Dusk falls. The streets, tame during the day, now come alive with neon lights and bustling crowds—a transformation seen daily yet reduced to a backdrop for people’s treks home. For one night, however, the rules change. The city you call home becomes your playground: a maze you must navigate with stealth and speed as you rush to specific landmarks, trailed by those determined to disrupt your quest. The only tools at your disposal are your knowledge of the city, and your own two feet. Will you survive?

That’s the rush experienced in Journey to the End of the Night, a street game that was created in California by SF Zero, a collective of urban players who organize a multitude of similar city games on their San Francisco turf. 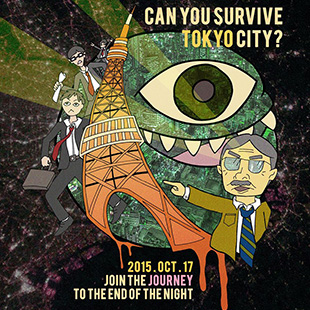 Equal parts scavenger hunt, large-scale tag, and The Amazing Race, the game has a group of “runners” individually rushing to six checkpoints, going only on foot or by public transport; while the other group—called “chasers”—attempts to stop them in their tracks. Upon arrival, runners are asked to complete specific tasks before they can continue. If the runners are caught, they become chasers. In the end, the runners that survive till the end win, as do the chasers that catch the most runners.

“It’s remarkably like playing a video game,” comments Nicole Aptekar, a San Francisco artist who partook in the first-ever Journey.

Since its first running in San Francisco in 2006, Journey has spread to 17 countries and is played in cities around the U.S. and as far away as Hong Kong, Sydney, Vienna, Berlin, Gothenburg, and Ljubljana.

“It’s a game that’s meant to take you out of your comfort zone, break you away from your friends, and get you to interact with people you haven’t met before,” says Rachel Roberts, who is organizing Tokyo’s first-ever installment, taking place in October.

While many street games are independent of their environment, Journey is unique in that the setting significantly alters the gameplay. 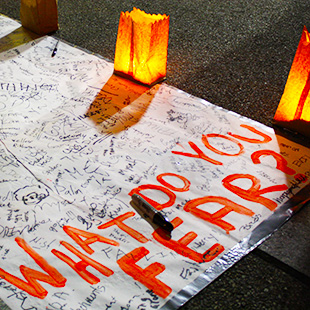 From Journey: Halloween 2010 in San Francisco
(Photo by Thomas Lotze)

“Every place has its own style that works with the game,” says Aptekar. “It’s a decent premise; it doesn’t rely on any particular cultural themes. It seems to work everywhere.”

“One of the challenges for Tokyo,” Roberts adds, “is it’s so dense that for people to find their way around … there’s not as many easy routes. You have to wind your way more.”

“The other thing is, there’s so many different routes that people could take. If they take the train from checkpoint to checkpoint, it’s hard for chasers to know which one to use.”

Some previous installments have spiced up their games with the application of themes. The 2011 San Francisco Journey, held near Halloween, took on a zombie tone, which had chasers playing the role of the undead. Last year’s Journey in Columbus, Ohio, played on the Creole werewolf mythology, inspired by the novel Hagridden.

Likewise, the Tokyo Journey—which commences at Shiba Park—will don a theme relevant to its business-centric host city. Runners will assume the roles of stalwart salarymen, racing to clear a proposal with the six kaicho (“chairmen”) waiting at the checkpoints. Unfortunately, a group of profit-hungry bucho (“managers”) trails after them, eager to steal the credit for the proposal. The challenges at the checkpoints will also fit the theme.

“The appeal [of street games] is getting people to reconsider an area they already knew, and see different sides of it,” she says. “And also to get people to think more of the possibilities of things they can do.”