Hopes For a Digital World

For all its reputation of modernity, robots, innovation and the like, Japan seriously lags behind when it comes to going paperless. While living here you soon find out that Japan loves nothing more than paperwork and there’s nothing more sacred than a bit of paper with hanko (personal seal) approval. It’s absolute proof of a transaction and at times feels like necessary proof that you exist here at all.

Paperwork rules the roost in any Tokyo office. However, subscription-based software company SmartHR is here to change that. Its goal is to assist Japanese companies in moving from paper to digital, with a focus on HR and staffing.

HR departments run on spreadsheets and paper files. When a new employee joins the workforce there is paperwork galore running between various government offices and company departments. SmartHR software helps reduce paper waste, improving productivity and making accessing information a push of a button away—far quicker than sifting through reams of paper.

500 Startups co-founder and Japan partner, James Riney, advised and led the way for SmartHR’s $13 million Series B funding. Identifying the rarity of this type of company in Japan, Riney has given SmartHR the luxury to focus on what really matters — spending time perfecting the product.

When you think about the amount of paper used here in Tokyo alone it’s quite astounding. SmartHR is a startup that is taking the lead in helping Japanese companies become more efficient while reducing paper-waste. You can’t help but wonder why it hasn’t been done before. 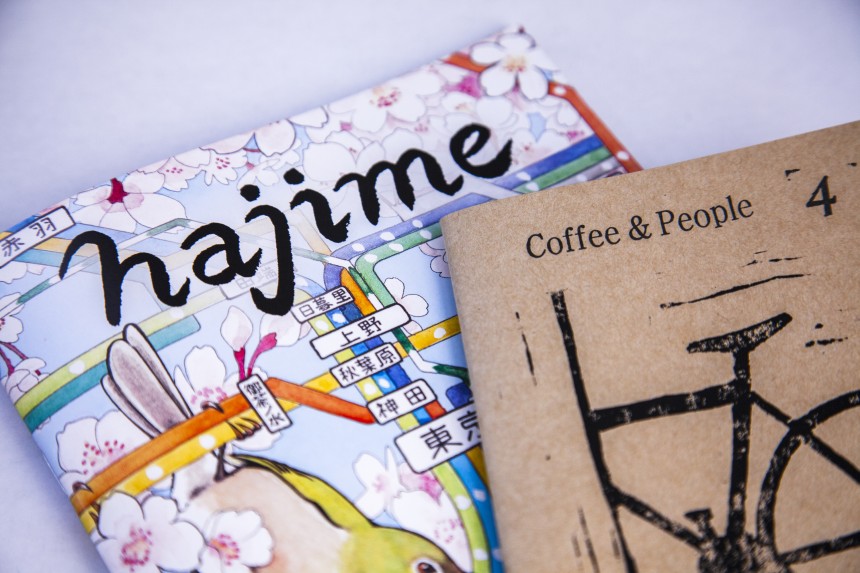 In the publishing world we often hear that print is dead, but Japan has always been happily heavy on print. Physical newspapers are still doing well and manga have always been popular, so it makes sense that in Tokyo, the self-published zine should flourish.

There are thousands of creators making these small-scale, self-published creations, often focusing on a topic close to the maker’s heart. Two recent discoveries in Tokyo are Coffee and People by Craig Atkinson and a beautiful new art series titled hajime created by Erica Ward and Julia Nascimento.

Ward conceived hajime as a lovely series of illustrations depicting several artists’ first impressions of Tokyo. She reached out to some of her artist friends to create the content and then, together, Erica and Julia formed ToCo or Tokyo Collective. They co-edited and designed hajime with the hope that ToCo would grow into a collective of Tokyo-based artists to continue making anthology zines and possibly other collaborative projects in the future.

What makes the zine so wonderful is the thought, care and attention that goes into the process, from writing the content and piecing it together, even going so far as to hand-make each one, carefully cutting, folding and stapling the booklet. They’re not being created for the big-bucks, they’re often free or sold at a low price.

Atkinson attributes this resurgence in zines to a frustration with the limitations of technology. The inspiration for his own zine came out of his own frustrations. Although people would read his blog he want to give people a physical object, not just a WordPress post. Many of us will happily receive these minaturized mags, with all the passion and creativity the artists put into them. 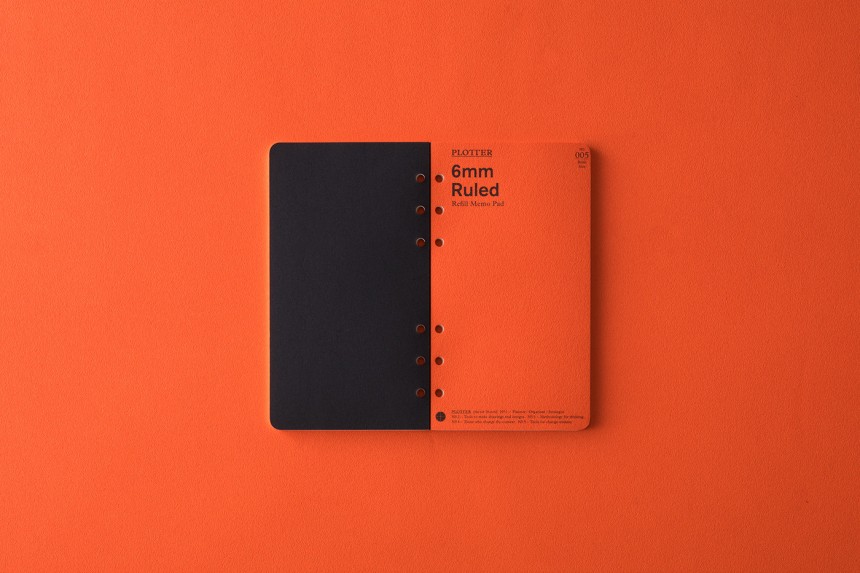 Eye-catching, bold and brilliant, Plotter is a Japanese notebook system for creatives, made by Designphil (the creator of brands such as Midori and Traveler’s) and branded by Yokohama-based design studio NOSIGNER.

The Plotter is easy to spot with it’s signature bold red cover and simple black accents. More of a project planner than a simple schedule or diary, it comes with inserts in various formats and in two sizes. There’s plain, grid, ruled, to-do list and even drawing paper (separate from the plain) as well as other high quality accessories.

Plotter has really thought through how its design elements can assist organization strategies for creatives. For example, if you’re working on multiple projects at the same time, you can keep all the papers for a project in its own divider, each one with its own color card. It’s great for sorting out your ideas, then keeping them in order. 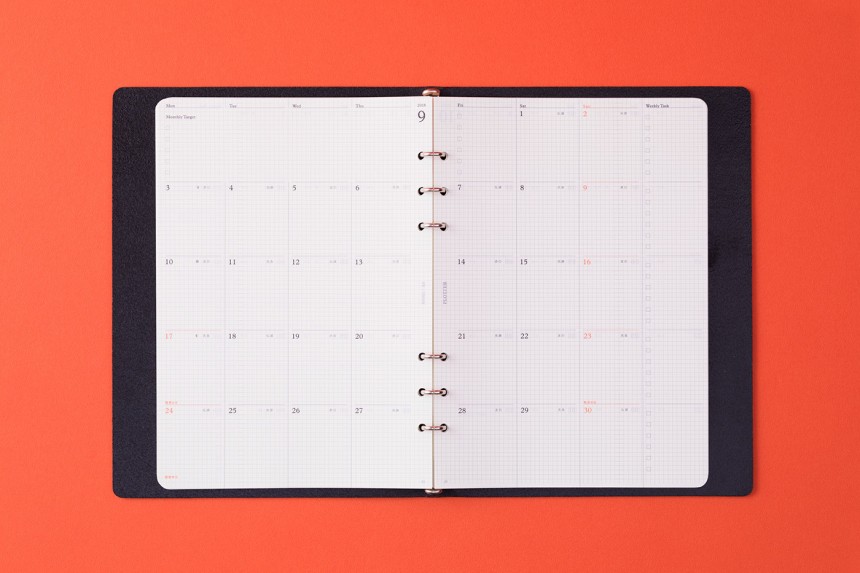 The beautiful covers, made in soft leather, come in a few different colors. Particularly pleasing on the eye are Plotter’s signature red, as well as its black, navy and light grey covers, each of which comes with a hard gold binding.

Although the idea is traditional, the design is original and feels very different from the Midori Traveler’s notebook. The concept of tearing pages from well-bound, thick, quality notebooks and “plotting” them into place using your project planner is a new experience. With Plotter’s sleek design you will certainly want to get organized and let your creative juices flow.