Winter is approaching, and Japanese ski resorts are beginning to open up to international tourists after a long wait through the Coronavirus. Since the travel ban was fully lifted, more people are inbound every day with 460,000 tourists visiting in October alone. One of Japan’s most awesome winter attractions, among its many beautiful sightseeing spots, are the ski resorts and onsen towns that offer a simultaneous energetic release and relaxing ambiance to your holiday. Yamanouchi Town, in Nagano, is one of these towns that is proud to sustain its history as a luxury onsen resort and ski destination. There is more to this town than meets the eye, and everyone from the youngest, most excitable skiers, to the oldest, most serene bathers can enjoy all that this town has to offer.

Accessing Shibu onsen resort from Nagano is simple. The Nagano Dentetsu line runs from Nagano station and takes only forty-five minutes. This historic onsen town has been a favorite with Japanese writers and artists as many of its ryokans date back over 400 years, and is known worldwide for its nine onsens. The town itself was used as a rest stop for pilgrims from Zenko-Ji in Nagano over 1300 years ago. Discover the healing powers of each onsen which is accessible if you are staying at the individual ryokan, but there is one onsen that is available to use for locals and day-trippers, where the water is said to heal rheumatism. The majesty of Yudanaka Shibu Onsen is best seen in winter when the delicate snowflakes drift the enchanting town as you meander between local sake bars and the warmth of your ryokan. 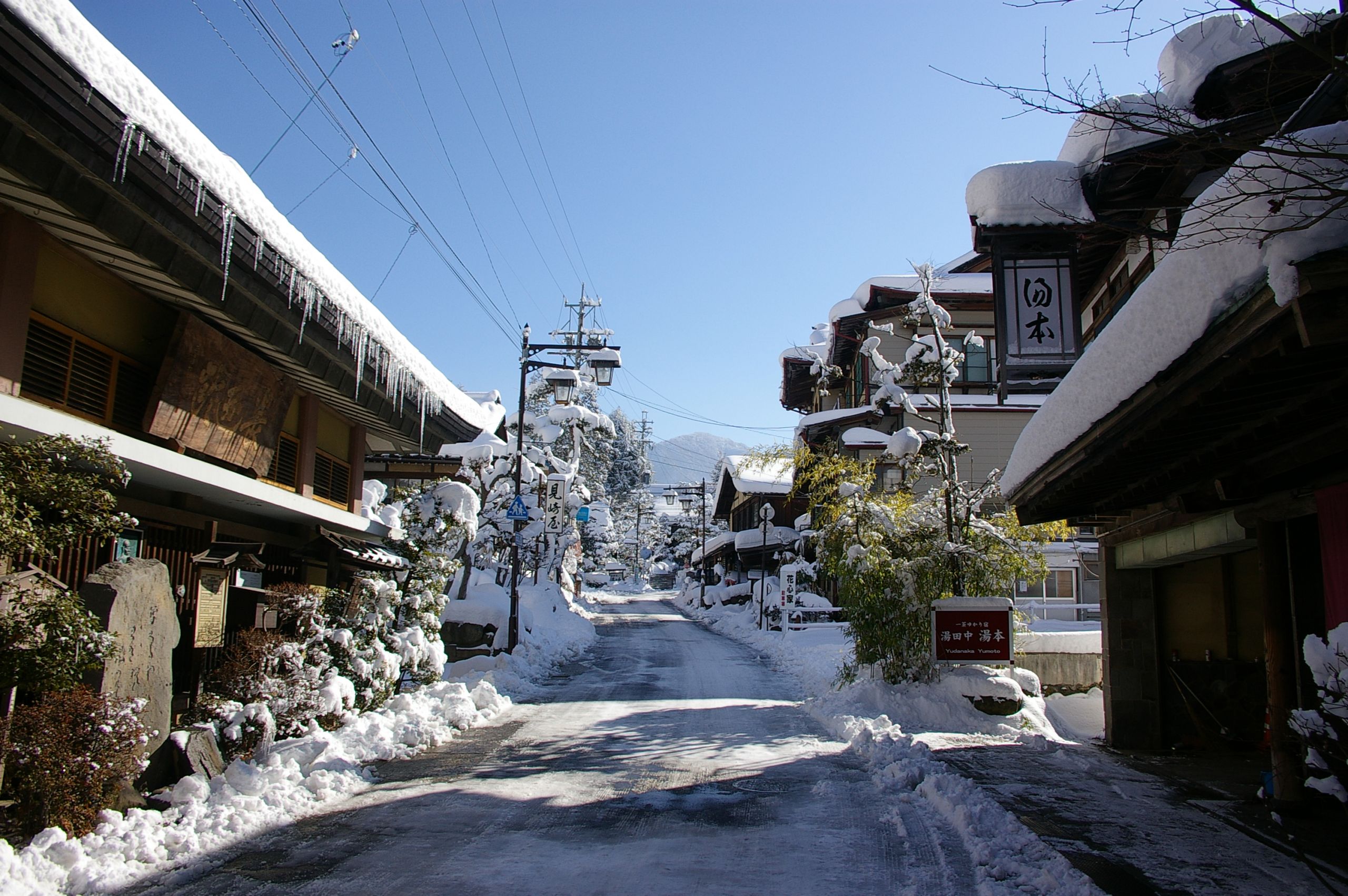 One of the greatest pleasures of visiting this famed onsen town is the chance to visit Jigokudani Monkey Park. These red-faced, onsen-loving, cheeky monkeys are worth a day trip to the park, which is accessible by shuttle bus or hike. For children and adults alike, this is an interactive experience that is well worth the excursion outside of the warmth of your onsen, and the chance to see these monkeys bathe in a snow-covered onsen is one that you do not want to miss. 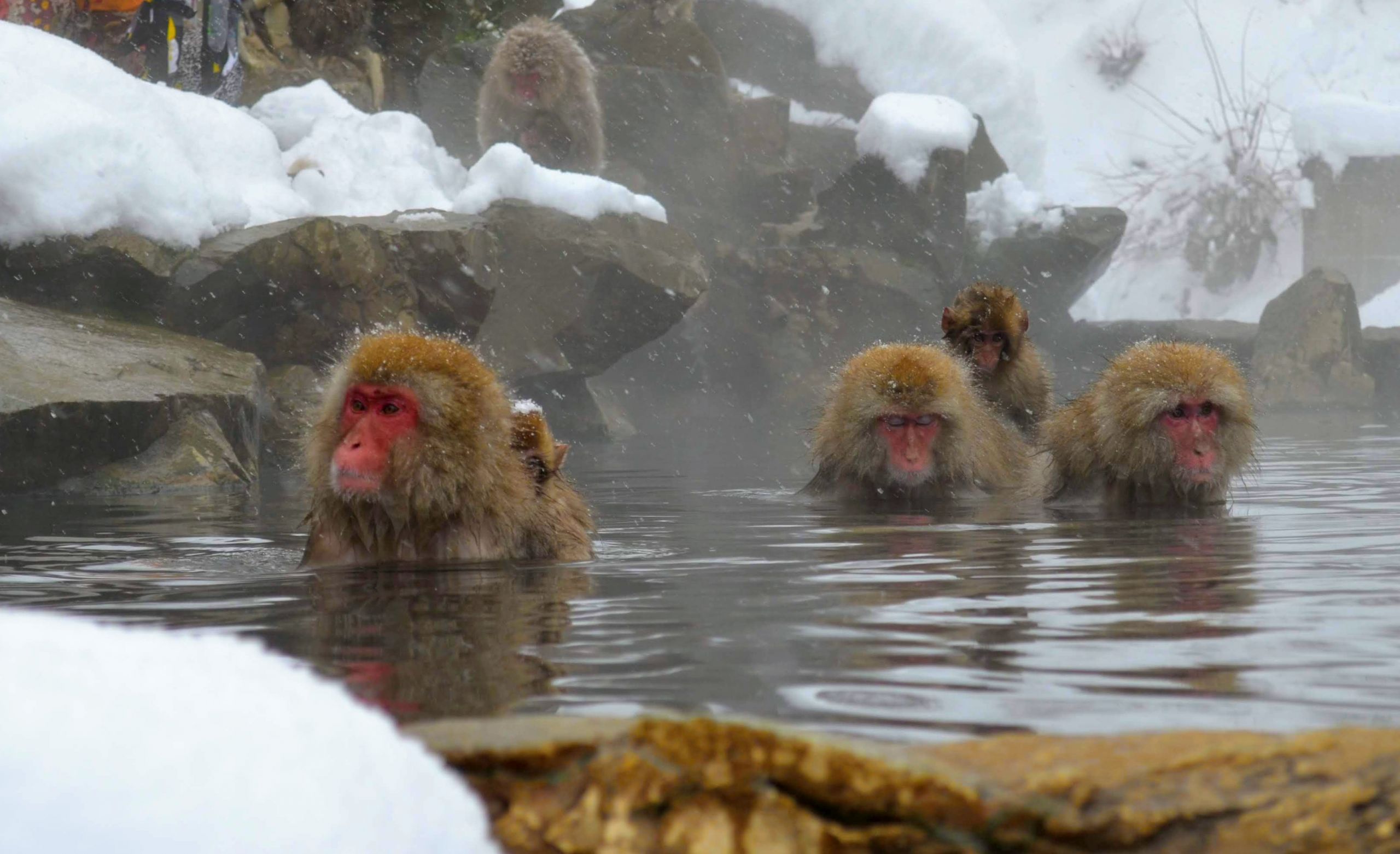 Shiga Kogen ski resort is a large resort with forty-eight lifts, gondolas, and a shuttle bus to land you at slopes as high as 2307m. Matching perfect topography with delightfully snowy slopes, and protection from strong winds, Shiga Kogen Ski Resort is known for being one of the biggest ski slopes in Japan and consistently experiencing some of the country’s best and most abundant powder snow. Hosting events at the 1998 Winter Olympic Games, the availability of ski lessons has increased since this resort became a go-to destination for skiers of all levels, and its international notability made it a coveted snowsports resort.

Maximizing your opportunity to ski at the eighteen connected resorts, and the breathtaking views from the top of the run will make you eager to get back on the lift and start all over again. The express bus from Nagano station or direct buses from Tokyo airports give you no reason to miss out on some of the best skiing of the season, Since the borders have reopened, and there is limitless fun waiting for you at Shiga Kogen ski resort, organize a trip to this powder snow paradise soon. 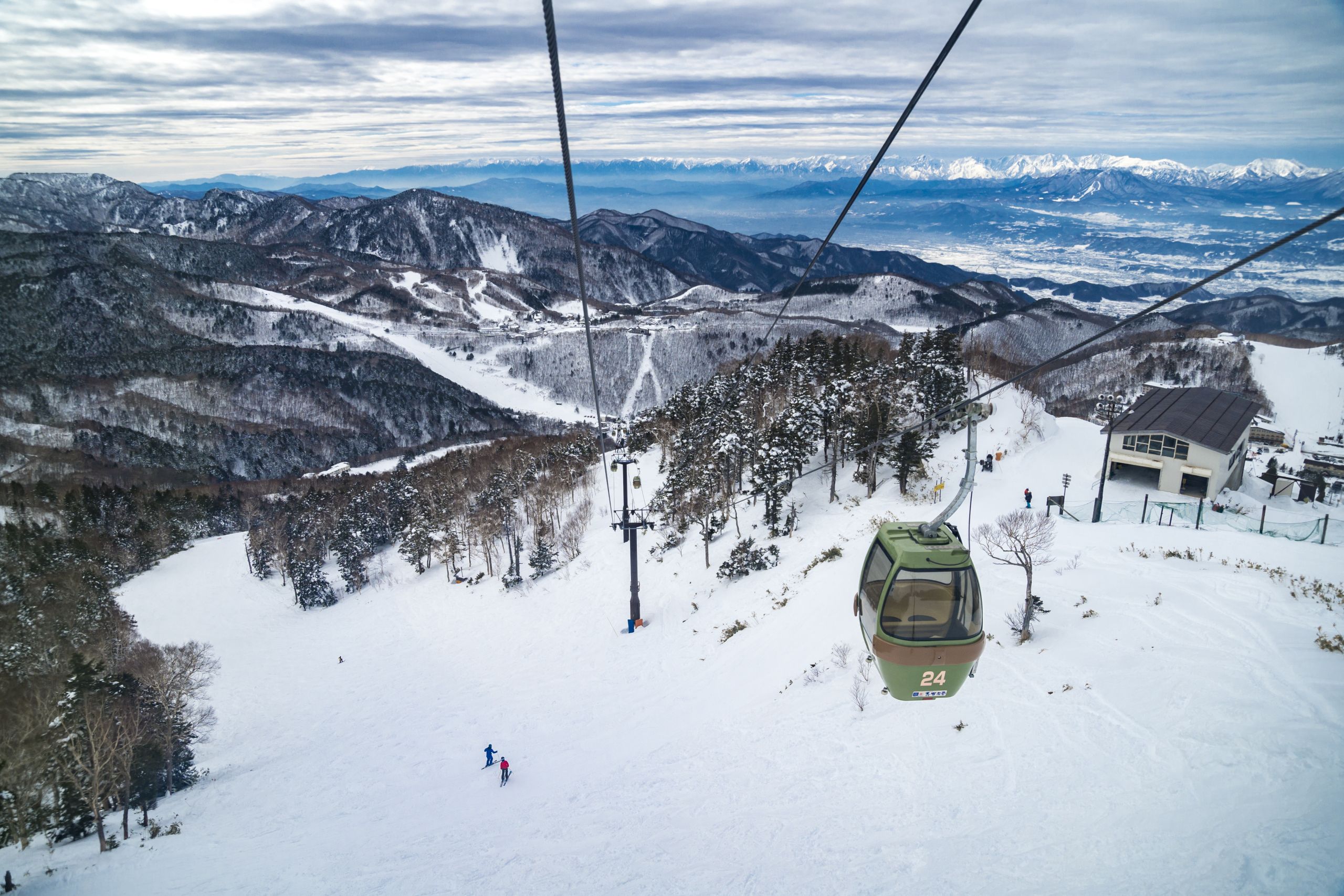 The northern sibling of Shiga Kogen is the largely overlooked, but surreal resort of Kita Shiga Kogen, located only an hour from Nagano station, this area comprises four ski resorts. Staying in Yudanaka Shibu onsen allows you to access the resort within twenty minutes, and means you can relax after a day of thrilling skiing in some of the best snow Japan has to offer. Although not connected to Shiga Kogen, Kita Shiga Kogen is often visited by people traveling from Nagano City, and the fantastic powder snow and spectacular views are hard to ignore. Kita Shiga Kogen, popular among snowboarders, is also known for its sea of clouds that surround the slopes, leaving visitors in an ethereal land of their own, blanketed in snow and white cloud – truly a heaven for snowsports. Also equipped for beginner and intermediate skiers, the resort has a few runs that are well-suited to those just starting, or aiming to get more confident before hitting the immense 1930m runs. 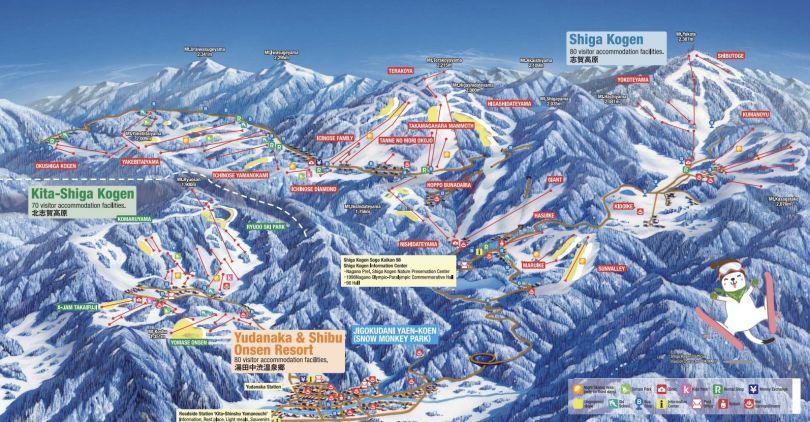 Accessible via Shinkansen from Tokyo or Ueno station, Nagano City is the gateway to these fantastical winter hotspots. Missing out on these extraordinary experiences in Japan will only leave you wanting, and wishing that you had time to revisit, which is always a must in a country as diverse as Japan. Yudanaka Shibu onsen lets you feel at peace with your body while you soak in the healing waters that trail down from the very same mountains that offer some of the greatest skiing spots in the world 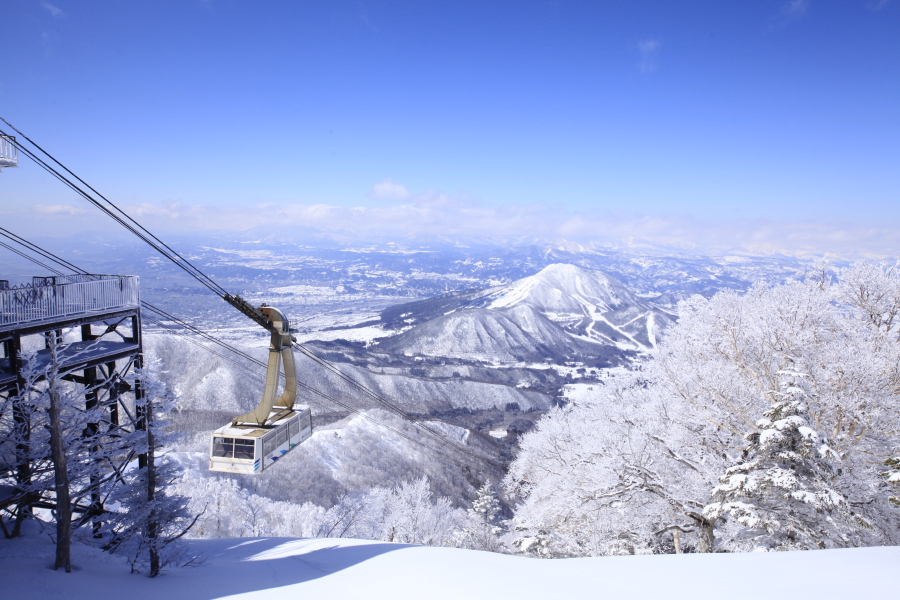 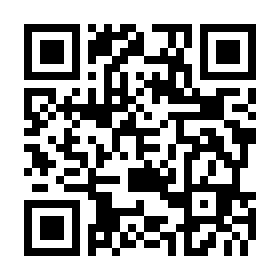