The hippest place to be for up-and-coming Tokyo creatives

Once a month on a Saturday, the city’s hippest crowd gathers in a penthouse above Harajuku to celebrate art and community in an eclectic event series dubbed Tokyo LoveHotels. Co-founded by fashion artist and DJ Kalin Law, the underground event has established itself as the stomping ground of up-and-coming creatives in Tokyo.

LoveHotels is arguably Law’s most ambitious project to date, marking a new era in her already expansive career. The name alone attracts hundreds of young people, local and international, to unite under one roof for a night of art, music and celebration. “Our event is about love and support,” Law says. “I knew I wanted a name that set us apart from everyone else, one name that would allow a world to be built around it.”

Since kicking off in 2018, LoveHotels has grown into more than just an anticipated weekend party, carving out a platform for emerging artists to showcase and sell their work with 100 percent profit ownership. With the event’s tenth installment set for September 14, Law remains confident in its ability to empower artists and help propel their expectations of success in the industry.

On a Tuesday afternoon in Omotesando, Metropolis caught up with Law to discuss her industry experience, some important lessons she’s learned over the years and what exactly she’s cooking up next. 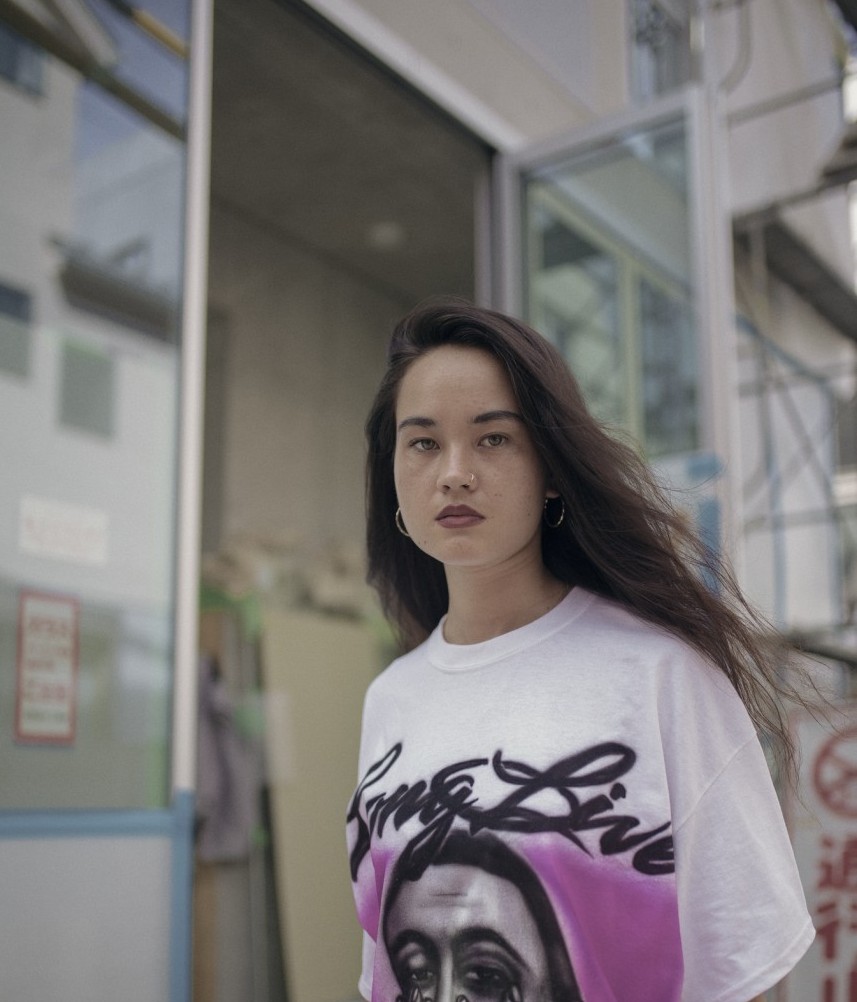 Metropolis: What was the idea behind the name Tokyo LoveHotels?

Kalin Law: The first event that we did was in the midst of the Shibuya love hotel district in a very small venue. I was in the shower one day, figuring out to make our event stand out and why people should come. I was thinking, “What’s different about our event?” and I was like, “Ok, there are a lot of love hotels around the venue.” That’s when I came up with the name. My only concern was if people would be weirded out by it, but we figured that if we were opening pop-ups it’s kind of like we are renting out rooms and sharing a love platform. The name became so attention grabbing, to the point where you would ask someone, “Yo, are you going to LoveHotel this weekend?” and their first reaction was, “What?” Ultimately, our event is about love and support and we would never change the name.

M: Why do you think people responded so well to the event?

KL: Because it’s honest. We have nothing to hide ⁠— it’s 100 percent for the artist and all we want is for you to invite your friends so we can all share our work on a single platform. The vibe that’s naturally created through that honesty is what attracts people to our event.

M: When did you start being interested in art, music and fashion?

KL: Since I was a young kid, my parents were hippies and while growing up I often went to art museums and watched movies with sex, drugs and rock ‘n’ roll in them. I knew from a very young age that I wanted to be involved in art in some way. Because of my upbringing, my favorite era became the 1960s and you can’t have the 60s without Bob Dylan, who is my all time favorite rock artist. His music was the unofficial mouthpiece of the youth in that decade and even though my music tastes are more hip-hop oriented now, his music has definitely had an influence on my art.

M: How did your year in the UK inspire your creativity?

KL: I spent most of my time visiting art events. That’s when I noticed how different the art scene was compared to Tokyo. In the UK it is so much more raw and creative, with underground artists who haven’t made a name for themselves yet doing their thing. I was inspired by their creativity as all I saw back in Tokyo were organized shows and events.

M: How does your personal style influence your fashion brand? What message are you trying to convey through your art?

KL: My style is very street orientated but with a chic twist. I am greatly influenced by hip-hop now, which can also be seen in my art. I just like the raw texture on a T-shirt, whether I airbrush or hand paint, both aesthetics became my signature style. 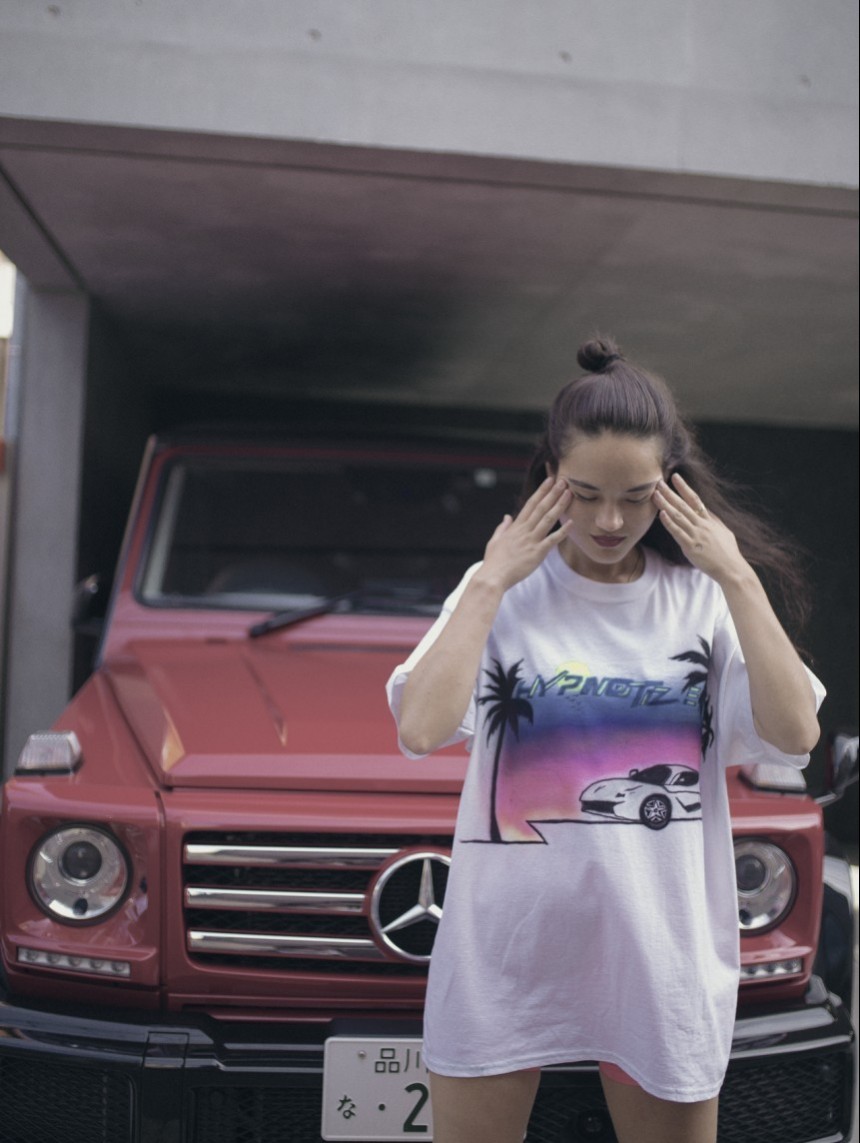 M: Your brand used to be called Yenttokokyomade and now is called Make Love. Does the change in name represent your journey as an artist?

KL: Yenttotokyomade was randomly created back in 2014. I just happened to design a logo and people liked it and told me to put it on a shirt. Initially the logo was made for an event team we had back then and so there was little meaning behind it. Therefore, I was really struggling to connect the name to my street brand, and this happens a lot with street brands ⁠— forcing a name with no real definition. Whereas brands such as Supreme, which started out as a skateboard community, have substance to their name, so you genuinely didn’t have the need to force it onto people. It was sad letting yenttotokyomade go, but I was ready to move on from mass production to creating one-off pieces that represent me as an artist. Make Love is a name that I have a deep connection with, being the child of hippie parents. The name represents me unquestionably. I believe love is important for every artform.

M: How would you describe the creative scene in Tokyo? How have current artists helped it flourish?

KL: The creative scene is not easy to find at all. There are a lot of individual creatives out here. I think Japan as a society is not set up to support artists at all. Take LA, New York, London and Berlin. You see art all over the place just by walking down the street. In Japan, you don’t see that. You just see man-made advertisements on buildings and even housing is not set up for art collection. It’s way too small and you can’t buy products locally but have to get them shipped from abroad. It’s impossible for me to find an airbrush for my art because all I can find here is an airbrush for nails. It’s crazy. Naturally, people revert to doing the nine-to-five here as they find it hard to be an artist, but some people figure it out and you can find them through LoveHotels.

M: I was wondering if you could talk more about being half Japanese and half British. Considering what some would say about the concrete nature of Japanese identity, I imagine it’s a complex experience?

KL: It has always been difficult finding and keeping a job. I always stood out and although I am fluent, my Japanese has never been as good as some of my non-mixed race peers. On top of that I’m a girl, which hasn’t always played in my favor. People didn’t like me for no reason and I got a lot of unwanted attention. For example, if I stood up in the office, people would start staring at me. I mean I embraced it and I didn’t mind it, now I am able to do what I love. Being half Japanese is definitely a complex experience, but I would never change who I am. 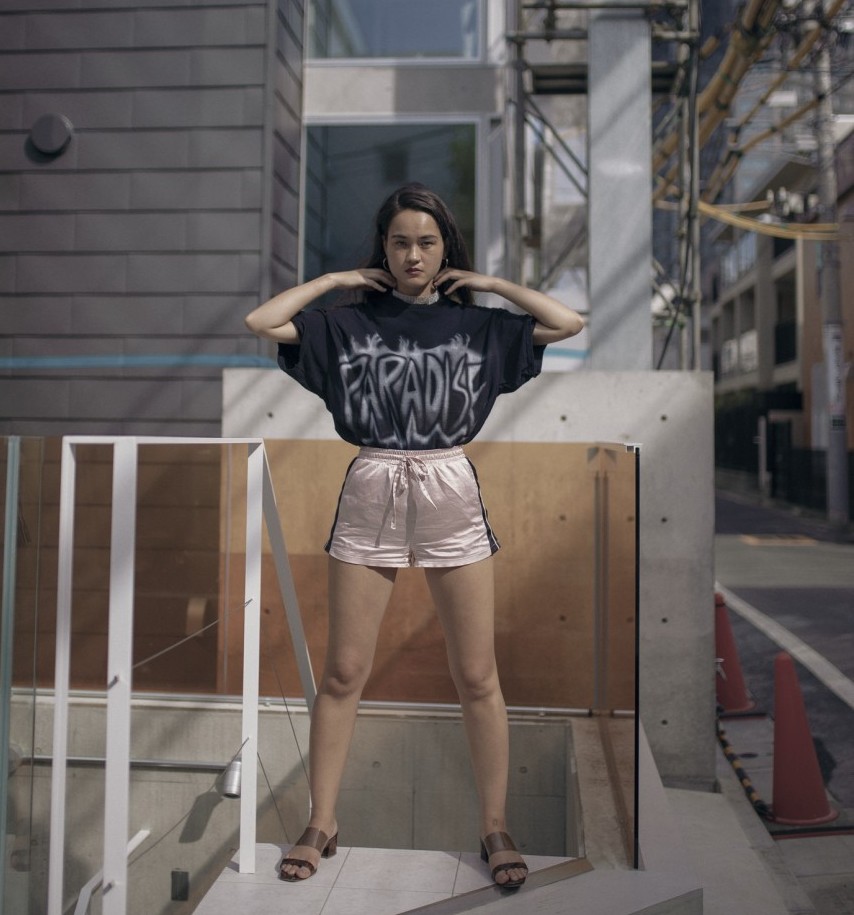 M: What was the most valuable lesson you’ve learned in your career so far?

KL: If you really want something, it comes to you as long as you’re authentic about it. I strived for years trying to figure out what I wanted to do. I changed  jobs repeatedly and I worked so hard on my streetwear brand and organizing small events that made no money. I didn’t even know what I wanted to be; I was just always working on something that felt right to me. Finally, after so many years, I’m finally getting recognized for my art and I believe it’s because I worked hard, didn’t give up and kept it real and authentic. With LoveHotels we wanted to give everybody a chance. We didn’t care how many followers you had on Instagram. It didn’t even matter if you don’t have one. Regardless of your background, all we requested was the honesty and authenticity of your art. That’s why LoveHotels has worked.

M: What have you planned for the rest of 2019? Are you working on a new project?

KL: My plan for the rest of 2019 is to keep LoveHotels going and I do have projects and events planned for the near future. One project is more about saving the environment and less about art, but I plan on incorporating art in the design process. It’s a product that will help save energy and it’s something I am also very passionate about and want to bring more awareness to it.