One of the hottest rappers in the Japanese music scene

In March 2018, Saitama-born rapper KID FRESINO dropped a sensational music video for “Coincidence,” the lead track from his latest album ai qing. The video captured FRESINO sporting a buzz cut and walking down the streets of Shinjuku on a snowy night while rhyming a math/post-rock-esque hip hop song whose influence would eventually surpass the Japanese rap scene.

Fresh from his incredible performance at this year’s Fuji Rock Festival, FRESINO came to Ebisu’s Liquidroom to celebrate the venue’s 15th anniversary and showcased his exclusive band set performance.

FRESINO’s musical career started with rap trio Fla$hBackS, in which FRESINO joined as a beatmaker/back DJ. Then, he also began singing solo as JJJ. After putting out a few releases for both projects, he headed to New York City, where he embarked on his latest phase as a hip hop artist. FRESINO’s acclaimed album ai qing is inspired by his experiences throughout the past three years: his time in New York, marriage, becoming a parent and most importantly, the death of his close friend and Fla$hBackS member Febb. 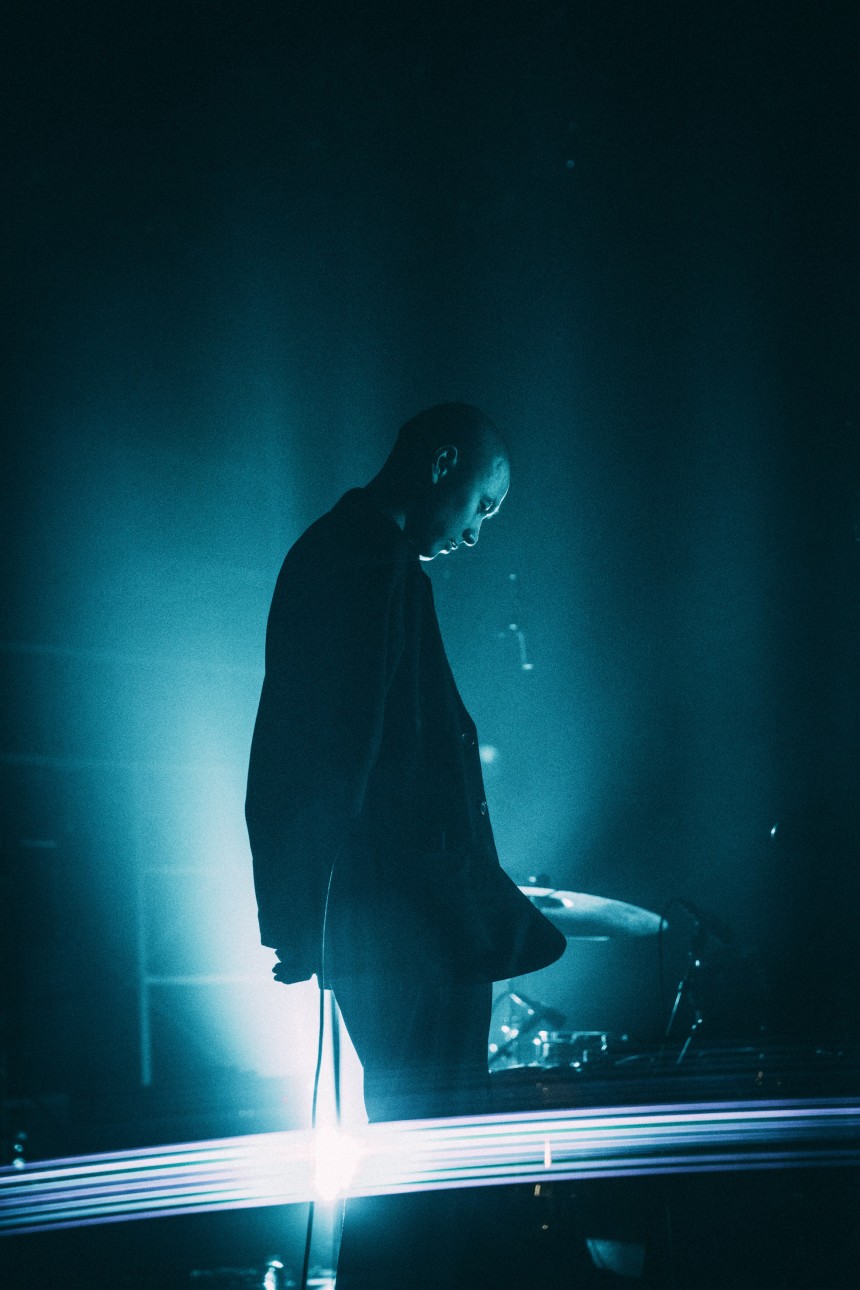 The promising rapper took to the stage, joined by Japanese track maker Seiho. FRESINO’S trademark hair and baggy setup suits stood out even in the dark light as he performed a few songs in Seiho’s remix. His band joined the stage afterwards and showcased “Coincidence” and “Winston” alongside several earlier works.

Though death was inevitably a running theme during his performance, the energy of the audience was high throughout the evening, as the young international crowd delighted in seeing the talented artist live. Some guest artists such as JJJ supported this special night. When FRESINO invited SPARTA onstage to perform their song “ALIEN” together, FRESINO stooped down in the corner, admiring his fellow rapper/singer. FRESINO beamed throughout the show, expressing genuine appreciation for the opportunity to perform with friends and emanating a level of gratitude for life in spite of, or perhaps because of, the recent passing of a loved one. 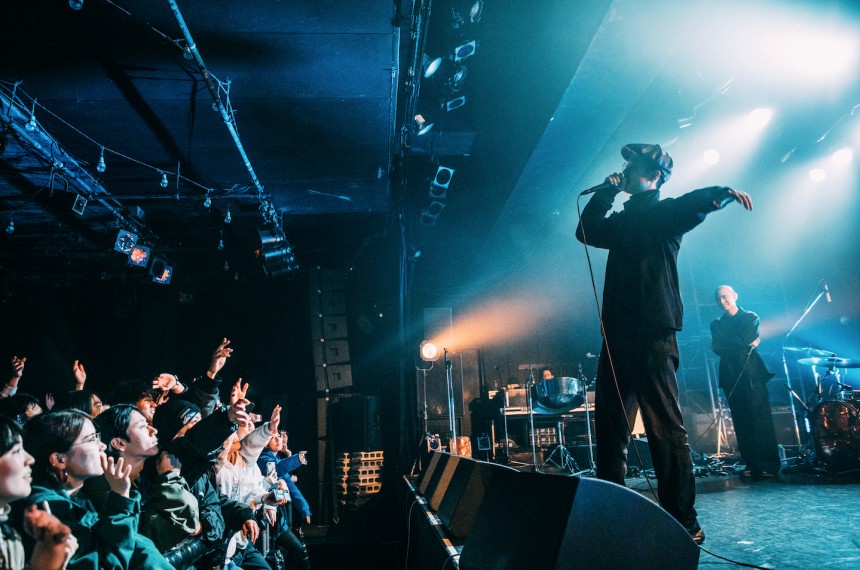 KID FRESINO stepping back to admire his friend and artist.

Two other artists made an appearance. Close friend and rapper C.O.S.A. made a last minute decision to perform “LOVE” with FRESINO. What came as the biggest surprise of the night was a collaboration with Yokohama folk singer-songwriter Kaneko Ayano, another musical personality to pay attention to. The genre-bending collaboration turned out to be an epic moment for those lucky enough to witness these two rising artists’ first performance together.

Within the 80-minute set, FRESINO showcased his diverse musical talents, revealing to fans a side of him that’s more your average 26-year-old than one of the hottest rappers in the game. FRESINO released ai qing with the intention to parallel seminal projects like Chance the Rapper’s Coloring Book or Kendrick Lamar’s good kid, m.A.A.d city, which FRESINO believes are some of the best hip hop albums of all time. At this rate, it would come as no surprise if FRESINO’s musical journey leads him to go down into history, much like those artists he looks up to.