Artist Kour Pour’s personal background is as mixed and cosmopolitan as his artwork. Born to Iranian and British parents, brought up in Exeter in England and now resident in Los Angeles, his world is both multi-faceted and fascinating. A rising star in the American art scene, his work is consistently snapped up by Hollywood stars and collectors. Taking inspiration from disparate sources such as hip hop, Persian rugs and geological surveys,  Pour returns to Japan after showing as part of the Tokyo Metropolitan Teien Art Museum’s “Decoration never dies, anyway” exhibition in late 2017. 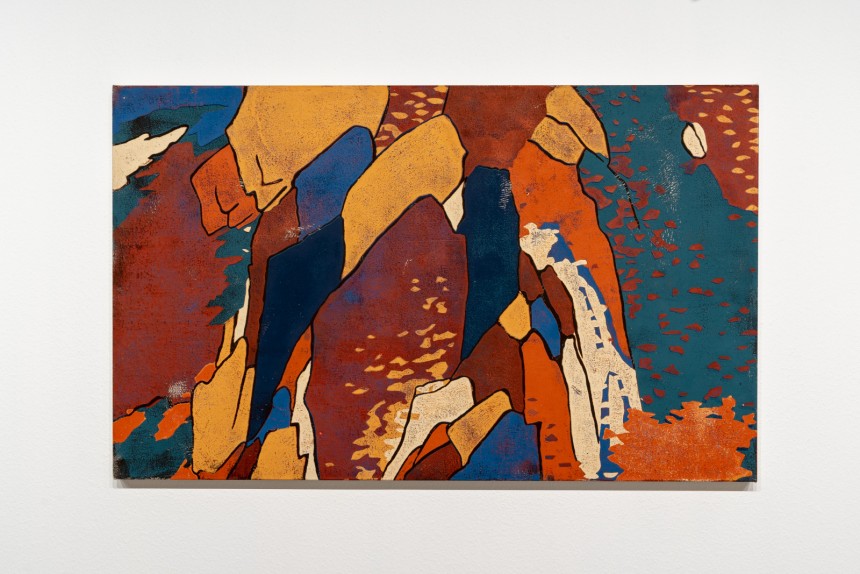 His solo exhibition at Ginza Six art space The Club is titled “Returnee” and reinforces Pour’s reputation as a physical and multi-focused artist. The work on display reflects the spectrum of Pour’s interests ranging from Japanese ukiyo-e to maps and Islamic art. Greatly influenced by the way in which 90s American hip hop uses samples, “Returnee” is a cultural homage to his multiethnic experiences. Pour says, in an interview with Metropolis, “We visited my family (in LA) when I was younger a few times. I heard hip hop when I went there and that was a new sound, samples and a bit of music from Egypt in a song and that sounded different. I loved 90s hip hop when I was younger. There was something about the energy back then that I really responded to. I had an idea of becoming a music producer — that’s what I wanted to do and I was planning to go to recording school in LA. [Then] when I first moved to Santa Monica Community College and took a few art classes… one thing led to the next and I ended up at art school. 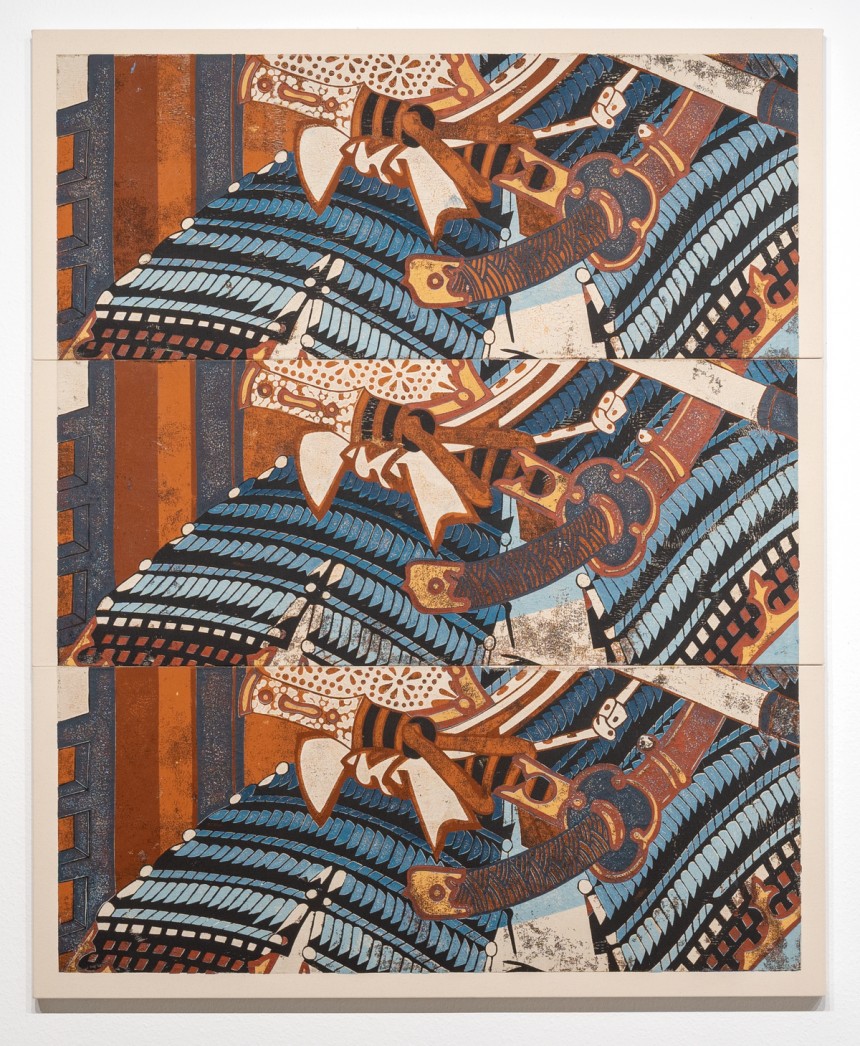 His Persian rug series which amalgamates disparate influences such as Japanese, Chinese and Egyptian designs conjures themes like global trade, globalization, Orientalism and optical perspectives. He uses the idea of artistic, cultural and physical palimpsests — the act of rebuilding and creating things on top of each other, to reinforce the idea that everything we know is layered; our physical and psychological structures are built upon one another and never completely erased. Works such as “Tokyo Map” and “Exotic Travelers” in the “Returnee” exhibition highlight these conjectures.

“I’ve used images from maps from the Geological Survey of Japan,” says Pour. “And the maps here are abstracted. I like representing a place in an abstract way because it’s hard to represent a place with one image. And I also like it because it’s a view from above and traditional Persian carpet designs are based on gardens which are supposed to be seen from above. The idea that when you see things from afar you can see everything at once.” 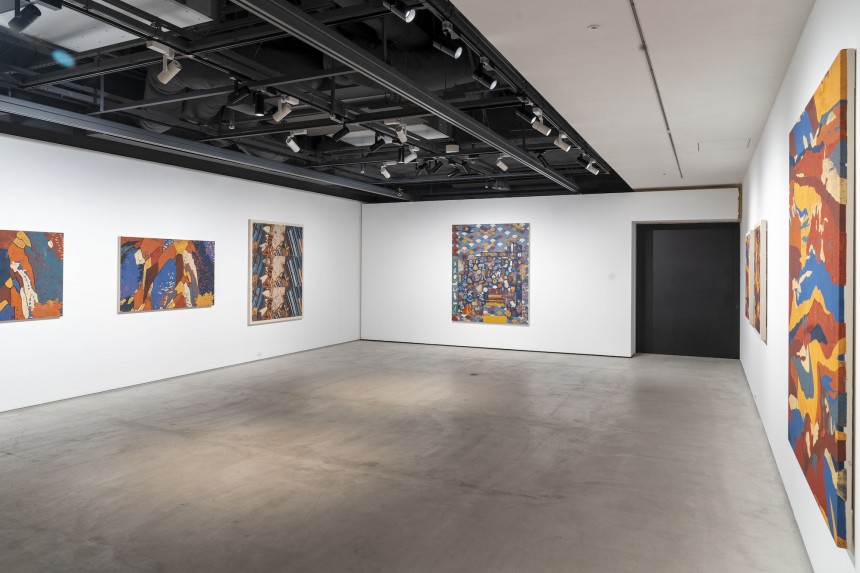 Pour is an enthusiastic and energetic artist who has nurtured a great love and knowledge of Japanese art. Forms such as tsugigami (an artistic cousin to origami) where paper is torn and patched to create collage can be found in Pour’s work as well as ukiyo-e references throughout his output. The exhibition notes say, “For Pour, any given process is not only a means to achieving a desired surface, but also a connection to specific art making traditions. This methodology can be found in the block print paintings that stem from the artist’s investigation into Japonisme, the Japanese influence on Western art and culture. These works combine techniques and imagery used in Japanese ukiyo-e printmaking to create larger scale paintings on canvas that resonate with Modernist art traditions of the West.”

“Returnee”, then, is a compelling exhibition which reflects Pour’s personal journey and influences while simultaneously asking the viewer to question their own experiences in a world where hip hop, rugs, maps and folded and torn paper sit side by side in a harmonious unity.