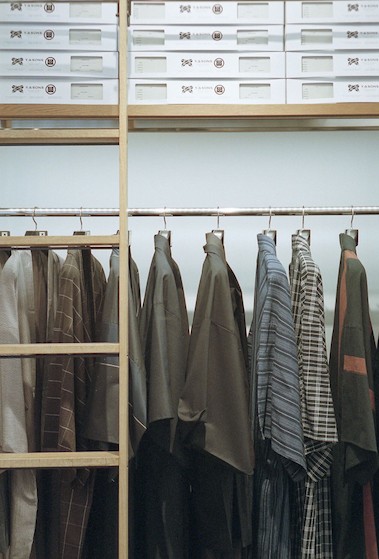 Fashion and the city — without one the other would surely not survive. The street, with its spectators, dirt, culture and history, is where we tailor our lives and perform our sartorial visions. It’s always been this way, from the flâneur to the dandy, to the Fashion Week blogger peacocking outside the runway shows of all the major capitals. It’s in the street that we assert our identity, where we see and are seen. If the city is a living, breathing organism, then fashion is the blood that runs through its veins.

“Fashion is a significant part of what makes the city unique,” declares Y. & SONS, a Japanese brand that understands the unquestionable connection between fashion and urban life all too well. Based in Kanda, the bespoke tailor makes traditional men’s kimono with a modern twist. Customers can have kimono personally tailored in their choice of silk, wool silk, wool or cotton under the attentive eyes of store master Manabu Adachi and his assistants. Suitably, the fabrics come in the colours of the city – subdued blues, blacks, greys, creams and greens. 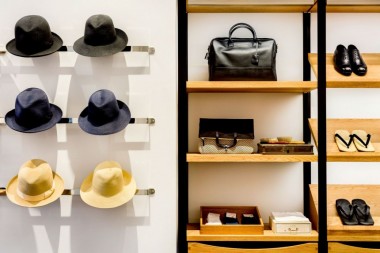 Quality, design and craftsmanship are the driving forces behind Y. & SONS’ ethos. When customers enter the shop with its grand wall of fabrics, wooden and black leather upholstery and quiet jazz, they can rest assured they’re in safe hands. The fascination of Y. & SONS doesn’t just lie in their skill but in their unique approach to sustaining and celebrating Japanese culture. There’s no denying that the kimono, while beautiful in its gentle architectural structure, would otherwise be at risk of fading into cultural obscurity–at least from a streetwear perspective. For many it’s simply too burdensome, perhaps even too culturally sacred, to warrant a space alongside our much-loved trench coats, hoodies and bomber jackets.

“Wearing kimono may seem troublesome compared to Western clothes, due to the length of time it takes to put on and to how careful the wearer must be while moving,” Y. & SONS acknowledges. Their solution: to construct garments that sit on the wearer as naturally as any pair of jeans or fitted blazer. By blending old-world Japan with modern accessories (think brimmed hats, comfy sneakers and leather satchels), the brand wrenches the kimono out of the Edo Period and right into the 21st century. Stripped of its exclusivity, what was once a symbol of Japanese aristocracy suddenly becomes accessible to the humble foreigner, who before may have only side-eyed the garment with curious apprehension.

The idea is to seamlessly incorporate the kimono into all facets of daily urban life, whether it’s navigating the subway, visiting the local soba shop or perusing your favourite record store. With Y. & SONS this is made easy. Consider it an added bonus that in doing so you’ll also possess a certain je ne sais quoi, inciting silent envy in whichever part of the city you choose to wander. 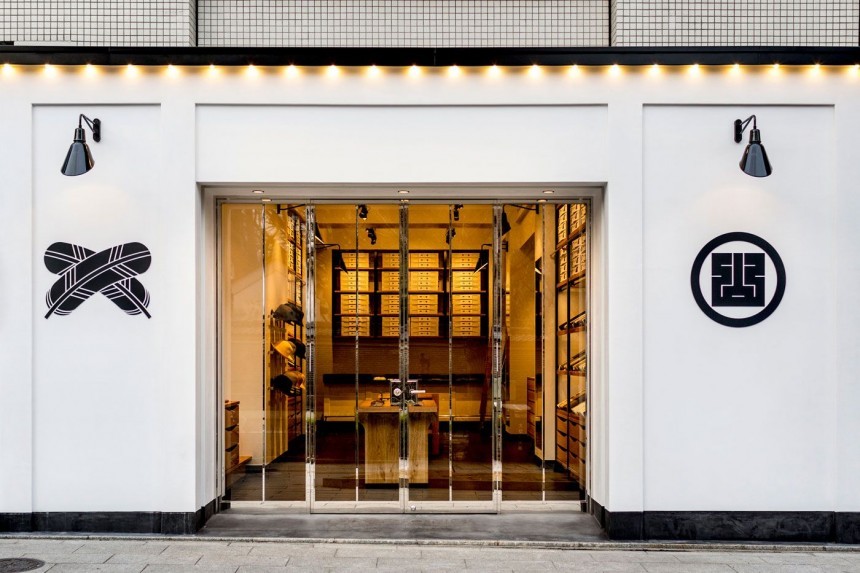 We’ve always known that there is a kind of power in getting dressed. This has come to mean many different things over the ages. But in the here and now, the truly style-savvy traverse the city armed not only with killer accessories and a powerful strut, but also an arsenal of cultural references. References to past times, political movements, subcultures, religion, film and music, each sartorial decision coming together to form a tableau of unique meaning. Those who understand history can take control of their future. Y. & SONS gives you the chance not only to harness the nobility of Japanese culture, but also to take part in it.