Whether it’s the canned stuff that rolls out of the vending machines, a quick conbini fix or a carefully curated cold drip, Japan is no doubt a nation that runs on coffee. Though more classically known for its love of tea and sake, there’s something really special about coffee here, especially in Tokyo. In a country famous for its supposed homogeneity, third-wave coffee appreciation and the café culture scene have become a melting pot of different people and a connector between Japan and the international community.

To get more insight into this world, we spoke with four expat coffee professionals, now living and working in Tokyo. Though they all come from different backgrounds, arrived at different times and have different areas of interest, the one thing that unites them is their individual connections to the city’s coffee scene.

They shared with us their opinions on coffee culture, what makes the scene so international and just what’s so special about the appreciation of coffee here in Japan.

The slow appreciation of coffee in a fast-paced city 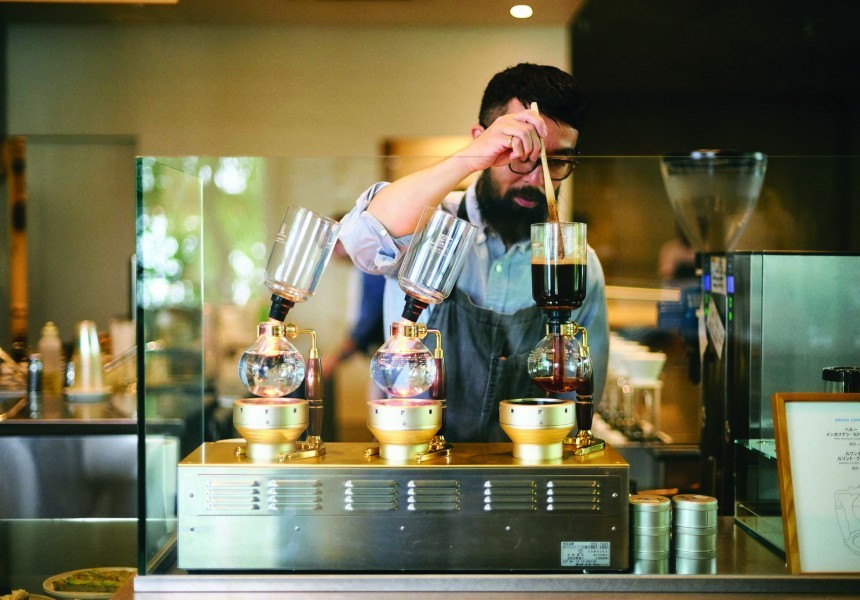 The city of Tokyo has a tendency to place a high value on the notion of convenience — just look at the ubiquity of canned coffee. With that in mind, it’s almost strange to think that a culture dedicated to taking time for nothing more than the humble pleasure of making and drinking coffee could ever survive.

But coffee culture exists here because “it opposes the tendency [of convenience],” explains Vaughan, a long-term resident of Japan and editor of the online publication Good Coffee. “That’s the reason it’s wonderful! So, the more hectic life becomes for anyone working and living in Tokyo, the more pleasurable the simple act of slowly making a cup of coffee becomes.”

Permeating Japan’s coffee industry is a rich history of pride in mastering the craft, explains Andrew Curry, a manager with the Californian coffee institute Blue Bottle, who came to Japan to assist in running the first Japanese outlets. Japan is a nation that “inherently stresses the importance of wholly dedicating oneself to the pursuit and perfection of their craft.

“With specialty coffee becoming more and more popular, I think people are starting to understand that since coffee is a craft, it usually takes a little more time to produce a quality result. People are more willing to wait patiently for their coffee if they set out to have a good coffee experience from the beginning.”

What makes the world of coffee so interesting to explore is the café’s position as an antithesis to the realities of living in a city like Tokyo. For many owners, “it’s a lifestyle. They choose to not become a stressed-out office worker. And many places have lovely little niches,” says head roaster at Allpress Coffee and New Zealand native Petter Higashi.

Maybe this is why there is a contrast between what happens inside of independent coffee houses in Japan and the West. Alex Daniel, the owner of Frankie, a Melbourne-style coffee shop in Shimokitazawa, reflects on his hometown compared to his adopted town. “In Tokyo, a café is a place for people to sit and study, work on their computer, and sometimes fall asleep. More often than not, customers are paying for a place to sit rather than for a quality coffee.”

The kissaten and Japan’s coffee history

When looking at the genealogy of coffee in Japan, you have to begin with the kissaten. Uniquely Japanese in its approach to craftsmanship and specialized eye for detail, kissaten is the Japanese name for the more traditional, “tea drinking houses,” which often also serve coffee. Though they sound like an idyllic home away from home, in reality kissatens are thinning as mega-brands with fancy frappes flood the market. 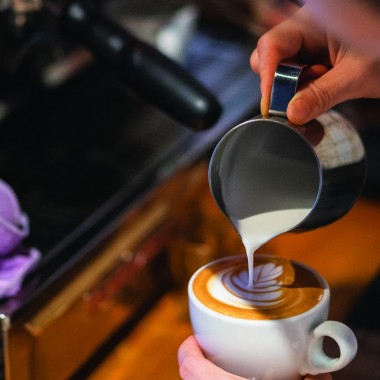 But to really understand the current third wave of coffee appreciation, you have to look at the kissaten as a point of reference and inspiration. Higashi delves into this theory: “I think Japan has been in the third wave far longer than any Western country and that the inspiration for the third wave came from here.

“Just look at all kissaten that have been operating through generations. While many places might roast the beans to a darker degree than is usually associated with third wave coffee, there is no denying that it has been honed as an appreciated craft.”

Is it all just a case of history repeating itself? Higashi seems to think so. “The inspiration for third wave was taken from here and travelled around the world for a decade or so just to be brought back here by Westerners trying to teach how to do things properly; history repeats itself!” With a focus on time, craftsmanship and an appreciation for the buzz of caffeine, kissatens have been employing the contemporary elements of the third wave coffee movement for decades.

The internationalization of Japan’s coffee culture

The Japanese coffee scene grew as the traditionally homogenized nation broadened its horizons and soaked up inspiration from international communities, drawing in clusters of internationally-born residents who, together with locals, carved themselves a supportive community.

Thanks to a growing interest in the market, entrepreneurs and expats have been able to explore their niche and showcase their culture. “What we are trying to do at Frankie is to open the market a little bit and help Japanese people explore different coffee styles,” explains Daniel. “Melbourne coffee is different to an American coffee — we serve a stronger, smaller coffee with a smooth medium-roasted speciality-grade coffee.”

“I am meeting more and more expats in the coffee scene here and it’s really encouraging,” says Curry. “Also, Blue Bottle will often do exchange programs with our baristas stateside, where we send over several members from Tokyo to work in the cafes in either New York, San Francisco or Los Angeles. In return, baristas from those regions get to work in one of our six cafes here.”

The future of coffee in Tokyo 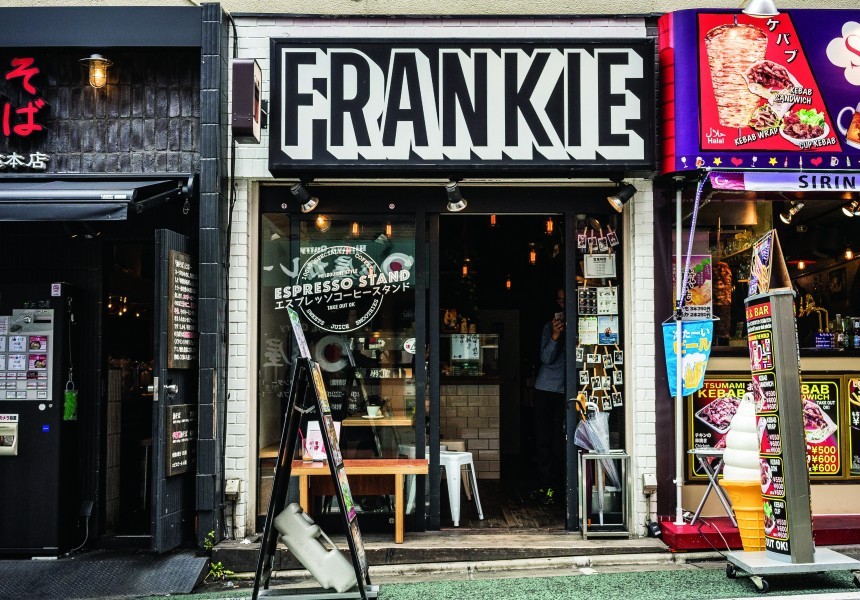 Given that Japan’s contemporary coffee boom is still in its infancy, predicting the future of the coffee scene here is a popular exercise. Curry sees “exponential growth, not only in the interest in specialty coffee but also the amount of shops that serve it.”

With the accessibility of high-quality beans and production increasing as the culture evolves, great coffee will make its way into regular everyday life. Like the way of his hometown, Daniel sees Tokyo’s love of the bean will “move beyond the hype, and into the daily lives of people. Drinking a specialty-grade, skilfully made coffee shouldn’t require advanced planning, and shouldn’t require long-distance travel and high prices. It’s the changing of the guard.”

The level of ownership makes the scene ripe for community building and major innovation, predicts Vaughan. “The most interesting thing about the specialty coffee industry in Japan for me is that young roasters have a huge sense of industry ownership.

“In a contemporary sense, things really only kicked off five years back. It’s almost like they’re the ones who are writing the history. On top of this, most cafes work together on some level and support one another. Tokyo Coffee Festival is a fantastic example of what this industry can do at the moment.

“In the Spring, the festival attracted some 40,000 people. And it does a very good job of not getting sucked into having the big coffee companies sponsor or take part. It’s usually about 40 to 50 independent specialty coffee shops, mostly roasting themselves, which take part by setting up a booth to share their coffee with coffee lovers.”

Tokyo’s coffee scene is clearly thriving, and yet it appears this may only be the beginning.