Nathan East is doing well on his mission to bring people together through music: For over two decades, the multi-instrumentalist has been serenading the world as bassist for chart-topping jazz quartet Fourplay while playing for countless other musicians and bands. And though the Philly native goes solo this year with a self-titled release in March, he never truly goes it alone.

East returns to Japan this November to continue unifying people worldwide. Metropolis caught up with him to talk music. 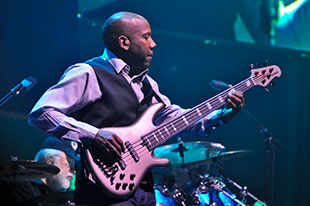 Tell us about your solo album, Nathan East.

It’s a reflection of music that I’ve loved for many years, and relationships I’ve had with my friends in music. My intent is to share good music with the world in hopes of bringing us all closer together through harmony.

You and your son Noah duet on “Yesterday.” Do you encourage him to play bass “like his dad?”

I definitely want Noah to do his own thing—and most important, whatever makes him happy. It’s such a joy to play music with Noah. I hope we will play together all our lives!

How did Fourplay come together as a band, and what’s ahead for that project?

Our upcoming album will celebrate the band’s 25th anniversary; we are actually in legendary Sunset Sound Studios recording.

We came together in 1990 on Bob James’ Grand Piano Canyon. Bob, Lee Ritenour, Harvey Mason and I were the rhythm section. There was a very magical chemistry and sound when we played together. Bob had the idea of forming a quartet and calling it Fourplay. He was an executive at Warner Bros—records and the band signed on the spot. 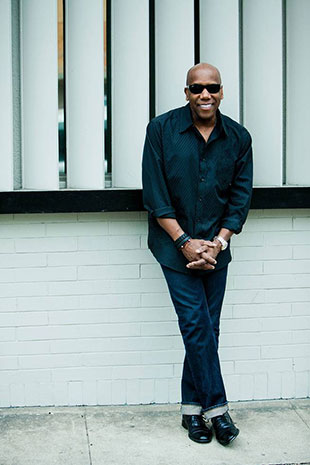 Playing with artists in many different genres, do you adapt to each style or try to maintain your own?

Music is the one thing in this world that brings us all together in a peaceful way. I reflect on the influences that I’ve had, and it all boils down to playing the right notes for the song. Regardless of category or genre, it is important to serve the song, serve the music.

What do you enjoy doing in your free time in Japan?

My shows in November will mark my 69th visit to Japan. It’s just as exciting now as it was my very first visit, which was with Lee Ritenour in 1981 to play the Pit Inn in Roppongi. I love visiting the gardens and taking photographs around town. I enjoy the museum and observatory at the top of Mori Tower. Shopping at Tokyu Hands, as well as Uniqlo! Some of the best meals that I’ve ever had have been in Japan. Most of all I enjoy the friendships that I have developed over the years with the lovely people of Japan.

What’s next for you?

I am honored to play on the new album by my friend and longtime collaborator Kazumasa Oda. Oda-san is definitely my Japanese brother, and I will be forever grateful for the wonderful song he wrote for my debut CD, called “Finally Home.” I am also privileged to be the bassist for Eric Clapton’s current album, The Breeze, and will be featured in Eric’s documentary, Planes, Trains and Eric. Yamaha will also release a documentary that we started filming during the recording of my debut solo CD. I’m already working on my second solo CD, to be released sometime next year. Students of bass please be sure to check out my Online School of Electric Bass at www.nathaneastbass.com.