“Heaven” is a coming-of-age tale about that dehumanizing middle-school phase and how hellacious it can be for nonconformists under the gun of bullies. It’s also one of the most anticipated Japanese novels of 2021 to hit the English-speaking world.

The beginning —and much of— Mieko Kawakami’s novel “Heaven” is indeed hell for the narrator Eyes, so nicknamed because of a lazy eye as a result of strabismus. He initially comes across as being a girl since Eyes doesn’t warrant he/him references or emit a single gender-conforming male vibe until… later.

Eyes serves as a punching bag for the antagonist Ninomiya. He’s the bullying alpha who, along with his cohorts, staples Eyes’ palms —“The little holes they left stung worse than bees,” says Eyes. And if that isn’t enough, they ram chalk up his nostrils and mouth, force him to drink toilet water, and lock him in a locker—all endured with zombie-like stoicism.

In highly conformist Japan, where that proverbial protruding nail gets hammered, bullying results too often in reclusiveness, as in the hikikomori (person who avoids social contact) and high suicide rate, cases of both climbing each year. As a reprieve, Eyes takes solace with Kojima, a female classmate who initiates contact by leaving chatty unsigned notes that lead to a meet up.

There’s much adolescent bonding between the two with their bellies even “harmonizing” in a nod to haragei (literally “belly sensitivity,” meaning to express yourself without words or gestures) and making “Heaven” in its first stretches a shared hell for this reviewer … bereft of material to riff on literally and cerebrally, since criticism is, in the words of Susan Sontag, the revenge of the intellect on art.

Art. To it they go. Mieko hits her novelist’s stride here with Kojima leading Eyes to a museum where intertextuality serves as a kind of beautiful layering with masterpieces of Chagall and Seurat described and deftly left unnamed. There’s this in/out push/pull with the descriptions of the canvases blending with the fictional reality the two are blissfully but temporarily in. 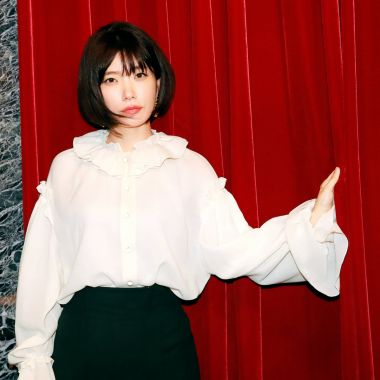 “Heaven” is art and that is the message, with art giving —as it does— a sublime timeout from ego business, that cloying biz of the self… and the interminable bullying. Only in later stretches is its internalizing externalized as Eyes delineates her suffering from insomnia and suicidal thoughts but finds meaning, as Kojima instructs, through conquering pain and suffering.

Relax.  More wholesome are the pathetic fallacies.  Weather deeply reflects the narrator’s mood and here spices his predicament prior to the twisty climax and closure: “The air surrendered its cool edge, rounding off into thick currents of warmth that wrapped like gauze around our bodies…. I swallowed my spit and held my breath.” And what a breath —or rather breadth— of writing.

Mieko Kawakami’s awards measure half an arm long and include the supreme Akutagawa Prize for her novel “Breasts and Eggs” and the Murasaki Shikibu Prize for this “Heaven”, masterfully translated from Japanese by Sam Bett and David Boyd.

As for her style here, it describes an arc that’s indeed quirky but without being surrealistic or satirical. Moreover, her thrown voice via the largely androgynous adolescent persona is rich with atmospherics but short on the revelatory —the ‘narrator’s-a-dude moment’ one exception.  The nonchalant rambling in the epistolary sections do go on but are nonetheless refreshing —even heartening. Not plotty by any means, the novel is by default character-driven and literary.

Which brings us now to the ending. Since endings aren’t for reviewers to give away, this one can only say: Go through hell to get to “Heaven.”

Heaven will be available via Amazon and Europa Editions
from May 25, 2021

An associate professor of English at Tokyo City University, Eric Madeen is the author of  “Asian Trail Mix: True Tales from Borneo to Japan.”  www.ericmadeen.com