‘The Hole’ by Hiroko Oyamada 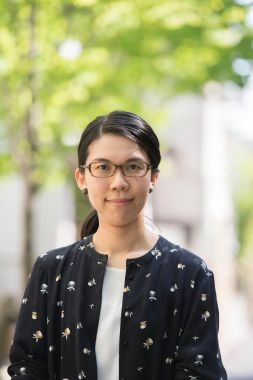 When Asahi Matsuura quits her part-time job and sinks deeper into her new role as a housewife in rural Japan, the borders of her reality begin to distort. A skillful blur of the mundane and surreal, Hiroko Oyamada’s Akutagawa Prize-winning fiction novel, “The Hole” is finally available in English.

Translated by David Boyd and published by New Directions, it’s Oyamada’s second work to grace the English-language literary scene, anteceded by “The Factory.” This latest translation further cements the author’s reputation as one of the most exciting new novelists emerging from Japan right now.

As with “The Factory,” Oyamada critiques modern society in Japan through her deceptively complex, matter-of-fact prose. While “The Factory” preoccupies itself with Japan’s contemporary work culture, “The Hole” examines Japan’s view of women within the context of family life and careers.

Having recently left her job, 29-year-old Matsuura endures the stifling mundanity of day-to-day life as she finds herself slipping into the mold of “housewife.” The oppressive summer heat, her isolated, rural home, the scrutinizing watch of her mother-in-law and Matsuura’s new title as “the bride” all appear to contain the protagonist within rigid gender norms. With this in mind, the symbolism of the literal hole Matsuura falls into by the riverbanks is certainly no mystery:

“It was probably four or five feet deep, but I’d managed to land on my feet … Trying to move, I realized how narrow the hole really was. It almost felt as though the hole was exactly my size—a trap made just for me.”

Although this metaphor is conspicuous, “The Hole” abounds in subtle ambiguity and complexity, keeping readers alert and questioning their own assumptions. What is the mysterious animal Matsuura follows? Who is family, friend or foe? This skill, of presenting readers with a mystery but never providing a clear-cut solution, is arguably one of Oyamada’s greatest strengths (much to the exasperation of readers who prefer novels with satisfyingly whole plot resolutions).

Oyamada has been described as an author of psychological or absurdist fiction, and “The Hole” even teeters into thriller territory at times when Oyamada drops dashes of the absurd into scenes of seemingly quotidian life.

At one point, the novel makes explicit reference to Lewis Carroll’s masterpiece:

“‘What kind of idiot falls into a hole?’ Says Matsuura’s supposed brother-in-law. ‘First, it’s dangerous. Second, it’s about the stupidest thing you could do. And third, you don’t belong there—it’s pointless. Who do you think you are? Alice in Wonderland? You thought you’d follow a white rabbit down a hole and find yourself at the start of some big adventure?’”

Ironically, Matsuura’s hole, unlike Alice’s, is not an escape from the mundane reality she finds herself in. Instead, when Matsuura climbs out, she has not been transported to an alternate, fantastical world where anything is possible, but is standing on the banks of the same river, trapped inside her same, stifling life. The question, then, becomes: Which is scarier? To be lost in a bizarre fantasy or to realize that the madness you have found yourself in is, inescapably, your reality?

Our Autumn Issue is out now! 🍁 Our theme is “Un/Seen,” highlighting just some of the overlooked voices in Japan, from single parents to those living with diagnoses of ADHD, stammering and dyslexia, plus a photography piece on the local and global trans and gender nonconforming communities. We’ve also packed it with the best art events this autumn, underground Japan-based bands to add to your playlists, our top Tokyo podcasts to check out and much more. 🗾 Pick up a copy around Tokyo or read the full magazine online at the link in our bio. 📸 Cover photography by @headman_tossy featuring @meyou.mae. Thank you so much for allowing us to use your work on our cover. We’re so happy to feature you! ❤️ Big love as always to all our readers and friends. Enjoy your autumn and stay tuned for more! @edenthecollection @artistgoma @paranoidvoid_official @welovejohnnivan @asasketchpad @re_juvenatepilates @johnnypics123 @club360roppongi @paulesaviano @tkhrknzw_ #metropolistokyo #tokyo #shibuya #shinjuku #exploretokyo #tokyophotography #tokyostyle #tokyocafe #tokyolife #japanlife #magazine #cafelife #tokyocoffee