Fresh beer in the fresh air at a Danish craft bar

Danish brewery Mikkeller has had a presence in Tokyo since the summer of 2015 when its first location opened shop in Shibuya’s Center Gai (aka Basketball Street). The brewery, with its experimental beers, stand-out label designs and strong sense of community, has attracted a following worldwide. Mikkeller moved to its current location in Shibuya’s Dogenzaka neighborhood in 2017. Though some may balk at the prospect of walking through an area known for love hotels and bars of questionable taste to get to the new spot, the industrial-yet-charming space, with its laid back vibe and 20 taps, is worth a visit.

One of the huge draws of the original Mikkeller location was its spacious terrace seating area. The new location maintains this open-air feel with a first floor that opens onto the street. A large concrete slab forms a long bench where guests can sip their beers at street level. For something a little less public, sit inside where there are also a few standing tables and a few seats at the bar counter. 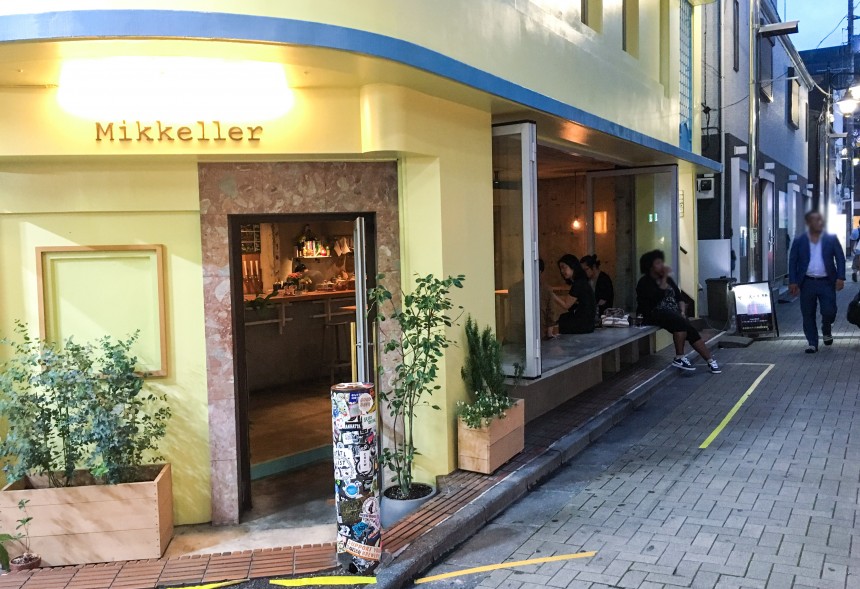 Mikkeller is located in Dogenzaka, Shibuya with an outdoor seating area.

Mikkeller beer, of course, is available (with roughly half the taps devoted to the shop’s namesake), but here visitors can expect to find a range of domestic and international beer choices. The location hosts collaborative events in addition to a regular monthly running event, with the aim of creating a sense of community around their drinks and their establishment. Beers are served in glass and pint sizes, varying in price depending on the beer (expect about 550–850 yen for a glass and 950–1,400 yen for a pint). Beer names, makers, styles, and ABV are written on a chalkboard menu mounted on the wall behind the counter and everything is pay-as-you-go. Feel free to ask the friendly bilingual staff for details about a beer of interest, or ask for a drink recommendation; they’ll do their best to help guests find something to enjoy.

A modest selection of other alcoholic beverages are available for those who aren’t beer fans. The themes of community and experimentation exhibited by Mikkeller are maintained on the spirits menu: check out the 3-item lineup from Phantom Spirits, a “Mikkeller friend,” that makes experimental rum aged in the very same barrels as Mikkeller beers. Or sample something from the whisky options, where Ichiro Malt, an offering from Chichibu-based craft whisky maker Venture Whisky, is on feature. There’s a bottle list (Mikkeller-heavy), but ask the staff about other items, as some bottles may not be on the menu. Soft drinks are also available.

The food menu is modest and leans toward appetizers. Try the 5-piece smørrebrød sampler (¥1,300, 10 pieces for ¥2,500), a beautifully presented selection of meats, fish and vegetables atop house-made rye bread. The dense, slightly sour bread forms a hearty backdrop to the toppings, where pickled vegetables are a refreshing but not overwhelming beer accompaniment. Follow up with the juicy, easy-to-share Danish meatballs (6, 12, or 20 pieces, ¥600 – ¥1,800). Try out the pork sandwich (¥1,200), a small but fatty-delicious way to conclude a visit. Guests will note that food orders come with a stack of LEGOs; servers match guest orders according to LEGO color, a charming quirk of the shop. 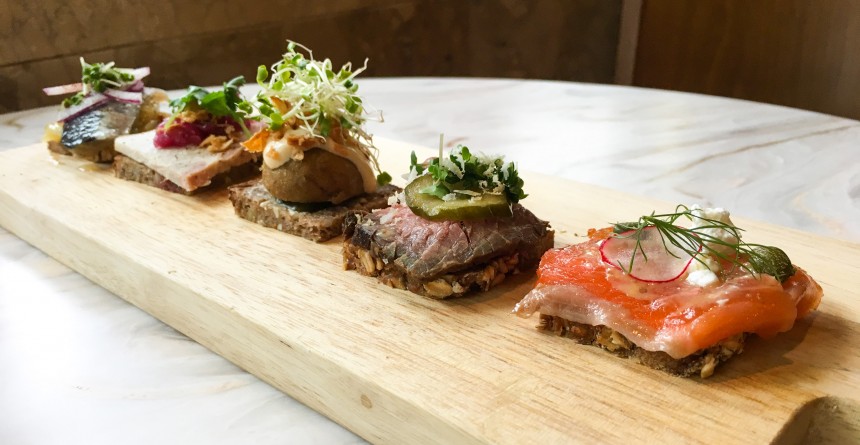 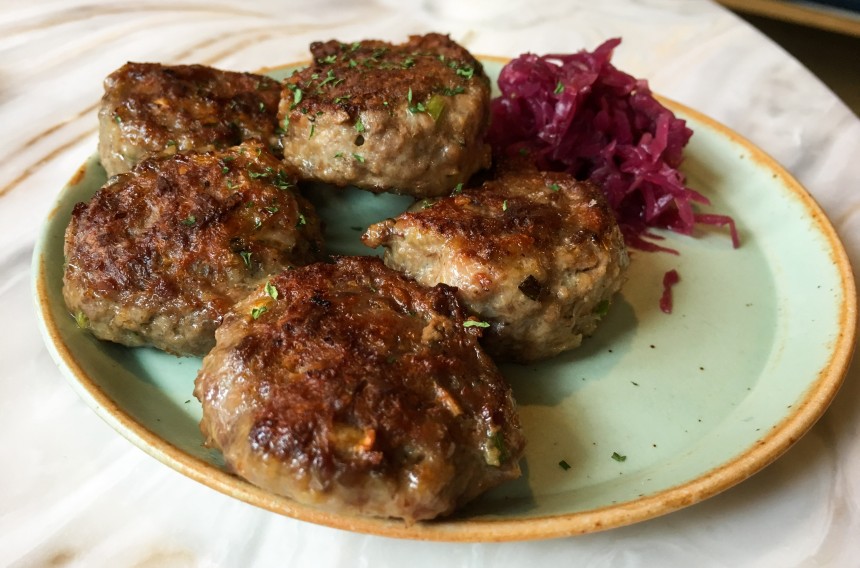 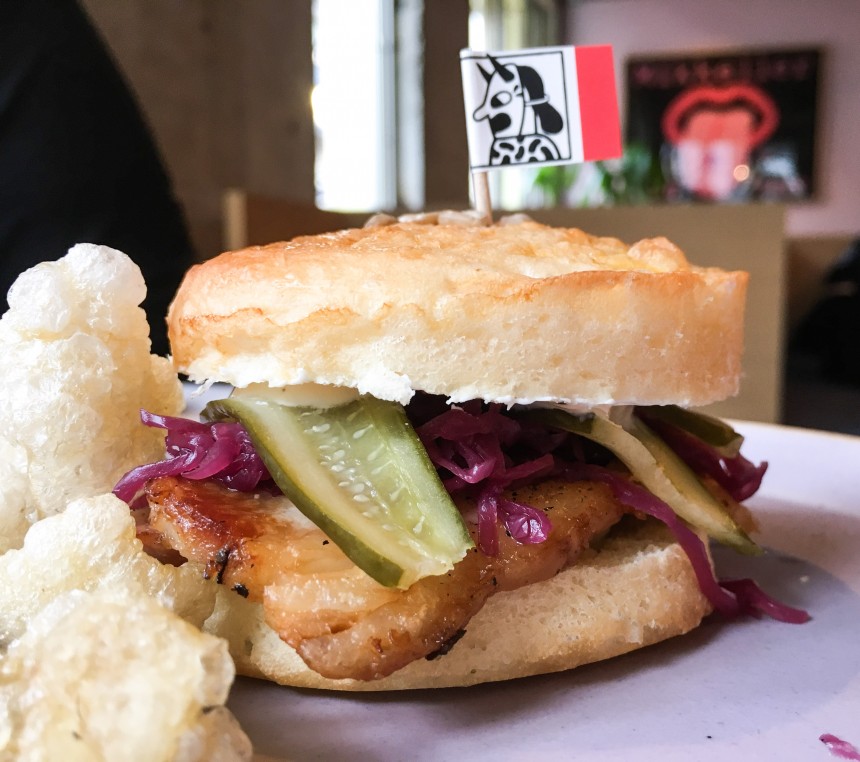 Take your food up to the second floor of the restaurant, where there are a few separate tables and one large communal table. Mikkeller does accept reservations, but only for the second floor, so plan ahead if you’d like to visit with a large group.

Mikkeller Tokyo is a great, internationally friendly introduction to the beer scene in Tokyo. While prices may be a little higher than craft beer bars offering solely domestically produced options, the atmosphere and great food help make up for it. The space can get crowded (particularly on weekend evenings), so it’s best to visit in pairs or small groups (solo trips are also easy). It’s nice enough for a casual date, but fun to stop by and enjoy with friends. For the best results, schedule visits in accordance with the weather to ensure a refreshing breeze accompanies their delicious beer.