Tokyo is a difficult place to begin a career in music. The city is massive, with hundreds of obscure and independent venues. There isn’t a town or district that burgeoning musicians call home, nor a bar that is known for its role in launching artists’ careers (though What the Dickens has certainly hosted great up-and-comers). There is a deeper, more insidious barrier, however, for musical hopefuls — a system that is restrictive and exclusory, in which, unfortunately, most live music venues participate.

“The bands are the customers to the venues,” Justin Sachs states. “What that means, I think, is there are a lot of them [that] provide a better experience — like they will have a full sound system, they bring on the lighting guy, they have sound engineers at the majority of these venues… but then they charge the bands (in a system known as noruma) and the bands can recoup their losses by bringing people to the shows. But getting people to the shows is the responsibility of the bands now and not the venue itself.”

It was completely by chance that the American found his way into the live music realm in Tokyo. An entrepreneur and the creator of More Than English (an eikaiwa company that takes up his days), Sachs missed his home’s sense of community, in his early days in Tokyo. He and his brother (who at the time lived with Sachs) began hosting parties at their home. The brothers invited friends and friends of friends and, over time, came to host dozens of people in one night. Eventually the crowd included musicians who would become Sachs’ good friends. These parties were so successful that they outgrew the Sachs’ home, forcing them to look elsewhere.

Sachs decided to host a party at a live music venue — despite having no experience in hosting or organising a live music night. With only a small amount of research in his pocket, the entrepreneur struck out for his first venue, Madala, in Kichijoji. His first challenges included coming up with five bands in the span of a few weeks, but with help from his friends and the network he already had in place, the night was a success. Thus began More Than Music.

Metropolis asked Chris Baluyut, a singer and guitarist who has performed for More Than Music, what the events have given him: “It’s not a record label, it’s not the value it provides to musicians. Being able to put on shows that have quality atmosphere, quality bands, quality people there — if you do that repeatedly, people start to associate that idea with the brand, so like [Sachs] says, people don’t associate a certain genre or culture with venues, the way I always thought — More Than Music is trying to create a brand where people associate this level of enjoyment, quality of music and good people regardless of the bands that are playing… you know, they don’t know a single band on the bill but they want to go to the show anyway because of the stamp, the brand on it being More Than Music and more importantly, the historical ‘performance’ that is has given in past shows.”

The events follow a simple formula: Sachs asks around three or four bands to perform one after another over an evening. He books the venue and gets to work advertising the event on Facebook and other social media platforms. His friends share the event; their friends share the event. Tickets at the door usually sell for around ¥3,000 — most live music enthusiasts recognise this as a very reasonable price. The musicians mingle and join the crowd while others perform. With all of the various connections involved in organising the event, they’re sure to break even with the cost of the venue. It is, very obviously, simple.

Yet it’s been a massive hit, with musicians and bands approaching Sachs and asking to play at his events. Many performers have dealt with live venues that have cost them more to perform than they have been able to earn back in tickets. As contrary as it seems, musicians actually live with the stress of paying to perform. More Than Music is helmed by a man with business acumen, who saves artists’ money and allows them to avoid dealing directly with the exploitative relationship between venues and performers. 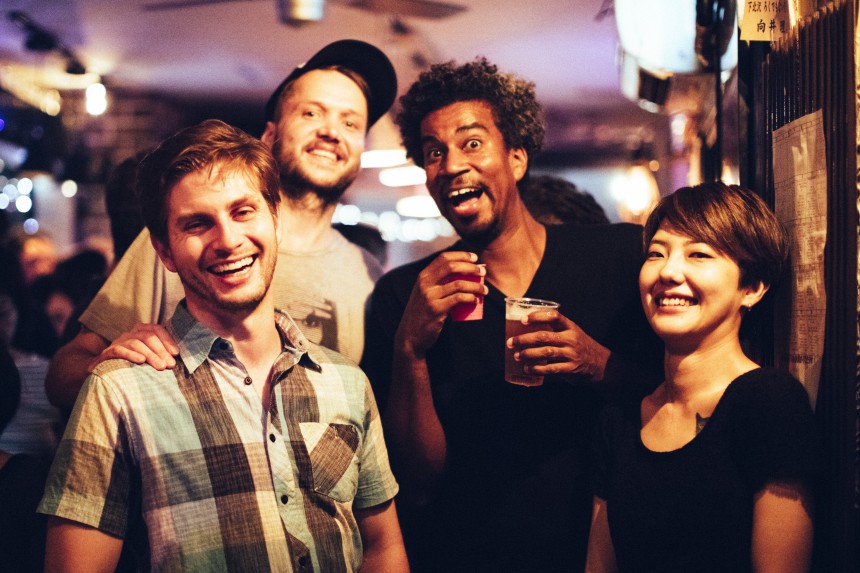 It goes without saying that Sachs intends to offer the best deals and resources he can, for the musicians in his community. Those that work with him have further enhanced the benefits of More Than Music, aiding in any way that they can: creating videos, collaborating on music, building marketing strategies and even just sharing their fellow musicians’ music. In many ways, it resembles a guild, which seems like an inevitable consequence, when one considers Sachs’ approach: “In the long run I want to build a community, so, like, I’m looking for bands that have the same ideology — they want to work together to grow something… I want to build a platform that helps promote the artists that are coming and playing.”

Sachs’ simple passion to create a community has brought so many talented individuals together, ensuring that any endeavor it embarks on already has a full bench of support to bring it to the finish. In effect, Sachs and More Than Music are circumventing the old and imbalanced status quo inherent in Tokyo’s music scenes.

These are early days still. There are bigger dreams and plans in the making—including the eventual opening of its own live space—but More Than Music is off to a great start. Its success speaks to the innovation of the youth trying to make their way in the competitive world in which we we operate, reminding us all that there is strength in community, but at the end of the day, More Than Music is just a great event in which you’ll find yourself suddenly feeling like part of a community. Make your way over, because at one point or other in this great Tokyo adventure, we all need one. 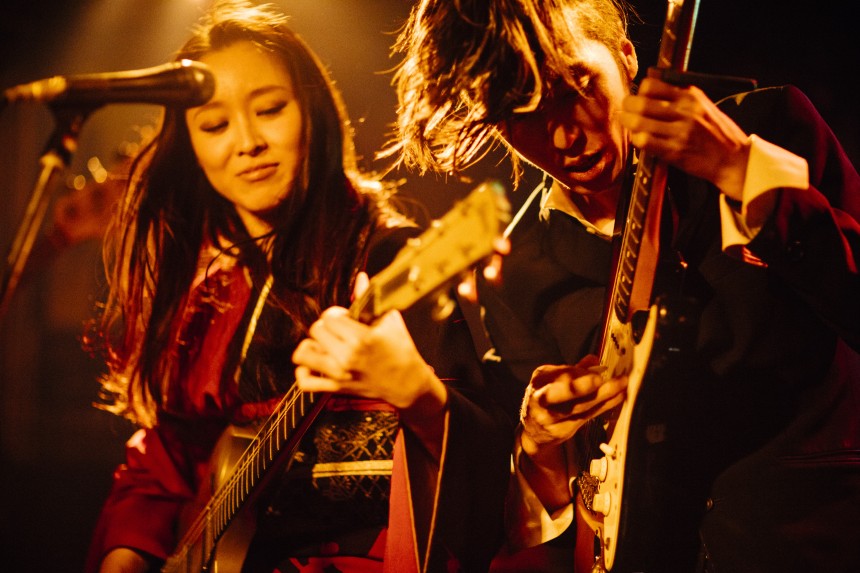