Be sure to check out Day 1 & Day 2 for the complete story.

[Special Promotion] The longest former post town in Japan, Narai-juku in Nagano Prefecture was a critical point on the Nakasendo Road linking modern-day Tokyo to Kyoto during the Edo Period. Located at the foot of the Torii Pass, this section is one of the steepest and most strenuous parts of the trail and, at one time, the town provided a much-needed resting point for travellers. Local people also helped develop a thriving industry that made and sold what is believed to be the first light-weight souvenirs to travelers. 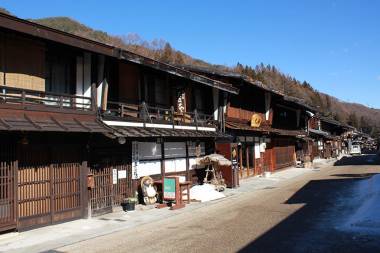 Even today, Narai-juku remains important historically and culturally because its legacy remains intact. After being designated an Important Preservation District for Groups of Traditional Buildings, the Kiso area, including Narai-juku, has received numerous awards including status as a Japan Heritage Site in 2016.

Walking along the 1 km narrow stretch, the reason for the awards becomes clear. The wooden buildings are a perfect example of Edo Period construction methods. At that time, the level of tax paid was based on rice yields, with payments collected by visiting tax inspectors. Since Narai-juku was not a rice-producing area and the locals wanted to reflect their relative poverty, homes and shops were built much in the style of an eel warren: narrow and small openings on the street with long and extensive living areas behind. Today, many visitors need to duck at the entrance to fit through the door. 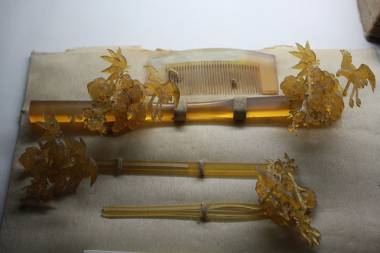 The Nakamura family residence of 1830 has been opened as a museum to allow visitors to uncover how its inhabitants once lived. Its overhanging first storeys and eaves are made from wood light enough to break under the weight of an intruder.
Slanted latticework on the first storey fronts allows optimum light to enter without residents losing privacy, but at a price. There are no shutters on the windows, only slats and paper sliding doors. Even on our midday visit it feels very cold inside. Believed to be created to compensate for this, there is a narrow passage between the slats and doors to protect against wind; a hearth is set into the tatami and there is a wooden sliding door over the staircase to prevent heat loss between the two floors.

The museum also houses a magnificent collection of lacquered combs dating back hundreds of years, as the Nakamura family were wholesale merchants.

Further along the street lies Taihoji Temple that contains a statue thought to be a headless Virgin Mary, thereby suggesting the presence of hidden Christians in the area centuries ago. Although made in the form of a Buddhist follower, scholars believe that it may have been decapitated by authorities when Christianity was outlawed in 1614.

The area’s abundant water and cypress forests were, and continue to be, important resources for local people. Six original wells and water foundations that supplied water to travelers on the route are still used today, and craft techniques using cypress have been passed down from generation to generation. 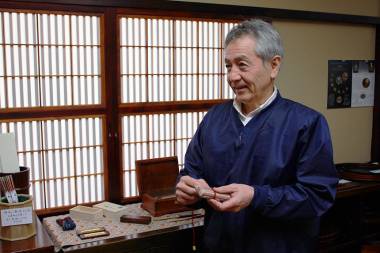 Narai-juku is famous for both its woodworking and lacquerware products, from small items such as chopsticks, lunchboxes and trays to larger items such as cabinets and tables. All made by hand using an enduring set of processes to shape, work, and coat the wood many times, the pieces reflect the skills of the local artisans. The town’s lacquerware is famous for its deep colors, while the woodwork is renowned throughout Japan for its aroma. Even the Imperial Household is said to use a bathtub made from cypress. 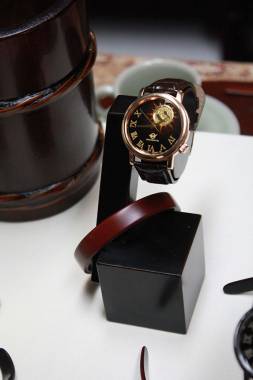 A visit to Narai-juku provides an opportunity not only to experience old Japan, but also to bring a piece of that history home with you.