“This has alcohol in it. Are you driving?” Definitely something you normally don’t hear when ordering ice cream. But at the ice cream parlor in Ikebukuro’s Namco Namja Town, “normal” is a relative term, with flavors ranging from beef tongue, eel, and basil, to the cautionary 3.3-percent alcohol content scoop of single-malt whiskey currently in question. I reassured the shopkeeper that, no, I wouldn’t be driving. But as I waited for my order, I had to wonder: how much whiskey ice cream does it take before you can’t operate a vehicle? And more importantly, where can I find a Coca-Cola to make myself the ultimate drunken float? 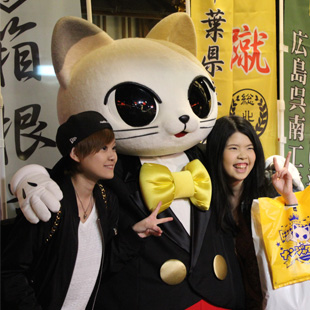 Owned by the popular video game producer Namco, Namja Town opened in 1996 with its unique mix of arcade-like games and bizarre food-related attractions. Think Japanese game show meets McDonald’s. While the indoor attractions are obviously geared toward families, adults are more than welcome to indulge in the sensory overload. Rides may exist in the traditional sense, but the real reason for visiting Namja Town—over the age of 10, that is—is to be gluttonous. In recent years, Namja Town has received a mix of somewhat negative online reviews due to major renovations. And although now a smaller version of its former self, it still offers one of those “only in Japan” experiences.

After purchasing the ¥500 entry ticket from a vending machine and entering, the ambiance of Namja Town is immediately enticing—and confusing—with a cacophony of distractions. Vintage beer posters decorate the walls in the style of 1950s Tokyo. Children run through narrow hallways fighting imaginary ghosts with blue guns. Doorways open up to hidden enclaves for hushed conversation. A few teenagers pose with the cat mascot and a few more parents guzzle down their beers. All the while, various beeps and squeals emit from fluorescent rides. With visible effort, the mostly disoriented adults make a beeline straight for the food. 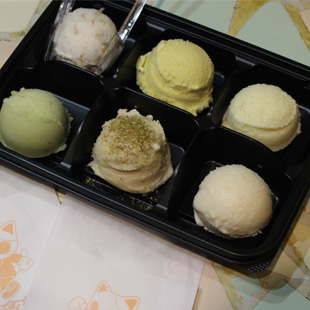 First up was Gyoza Stadium, which boasts over 100 types of gyoza dumplings sold at a cluster of different stalls. The stalls represent famous gyoza shops from different regions in Japan, showcasing a variety of cooking methods, fillings, and toppings. Portions are small, so you can try several, and everything is less than ¥1,000. I opted for cheese dumplings cooked to a crisp in an iron pot, while my tourist companions unknowingly ordered theirs with natto (fermented soybeans)—which, as they discovered, is a required taste. Nevertheless, we all were satisfied.

Next on our tour was Fukubukro Dessert Yokocho, a mecca of sorts for sweets lovers that offers rainbow gelato, sundaes, crêpes embellished with cute accessories, pancakes doused in flavored whipped cream, and, of course, ice cream for the daring. The old Namja Town used to offer dozens more freezers filled to the brim with tubs of frozen oddities, which was overwhelming and wasteful. Now the craziness is contained to a mere 50 flavors, which come only in scoop form. But fear not! That’s where the six-scoop sampling tray comes into play. Flavors range from  ¥60-200 a pop, with the boozy ones—cassis orange and whiskey—on the pricier end. No price, however, can be placed on your friends’ squeamish reactions, which might include, “Ice cream shouldn’t taste like this!” upon trying the eel; “Springtime in my mouth?” with the tulip; or, “It’s not bad, but I feel bad”—for the shark fin noodle. 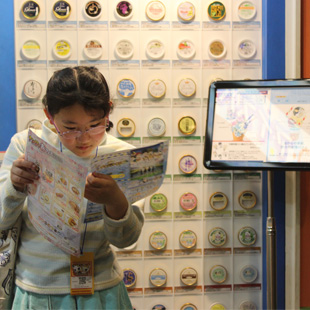 There are also a number of games to tackle at Namja Town, but note that most directions are in Japanese. The only English-friendly game advertised in their brochure is called Bakuretsu! Katori Daisakusen (“Explosive Mosquito-Killing Mission!”), which involves shooting colossal mosquitos while riding a traditional pig-shaped Japanese mosquito coil. Other games let you fight off raptors using a virtual headset, electrify sea creatures on an interactive screen, and, of course, take pictures with zombies.

Delightful for children, delicious and random for adults, Namja Town has something for everyone. And what better rainy-day escape than in the aptly named Sunshine City, where the amusement park is located, and its delicious local treasures within? Namja Town’s predecessor may have won in size, but with several scoops of whiskey ice cream, who’s complaining?