I’m a Scottish graduate of Glasgow School of Art (GSA). I decided to travel to Japan with the intention of teaching English, but also to fulfill my passion, which is documentary photography. I am particularly drawn to visually recording abandoned buildings, which has always been one of my main areas of interest. Strange though it may seem, the overwhelming feeling of melancholy I experience whilst standing in the remnants of extinction, has become weirdly addictive.

Since graduating from GSA, I have visited and photographed a range of derelict locations, both in the UK and in Japan. Such sites range from Edwardian asylums, schools, clinics, power stations, residential buildings and factories. 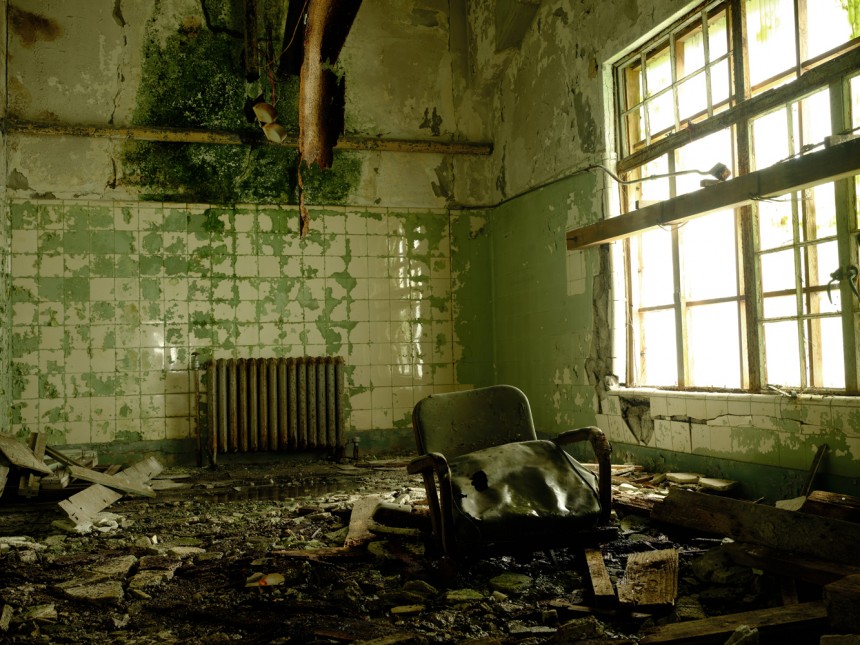 Recently I had the opportunity to document the Negishi Grandstand in Yokohama. A functional facility originally built to complement a horse racing course. The building, constructed in 1929, replaced the previous structure, which was destroyed during the 1923 Great Kanto earthquake. The current facility, although more tolerant to earthquakes, has suffered through weathering and decay. Designed by American architect, Jay Herbert Morgan, the Grandstand has a very distinguished appearance.  Its perimeter is surrounded by steel fencing, and barbed wire, to protect it from vandalism and intruders. It is also protected by constant video camera surveillance. The United States Fleet Activities, Yokosuka, is situated directly next to the Grandstand and they also keep careful watch over the premises. 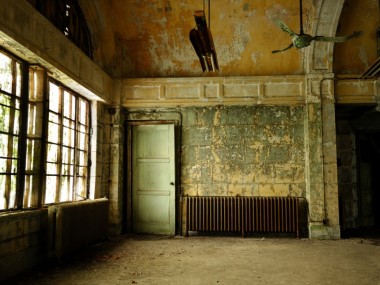 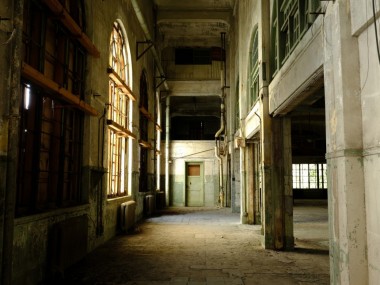 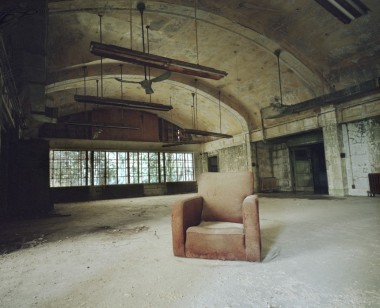 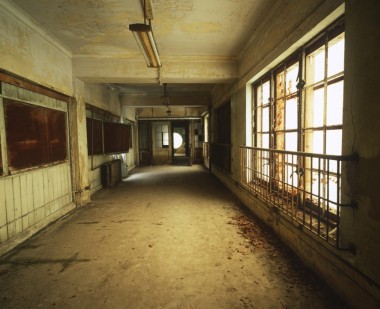 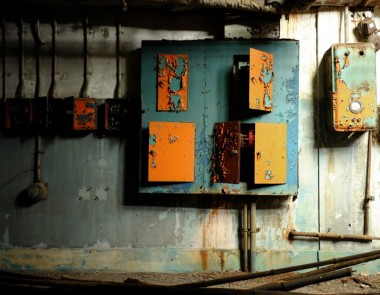 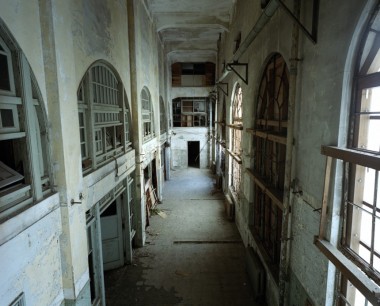 The Grandstand was claimed in 1942 by the Japanese military when horse racing was prohibited. It subsequently used the building as a printing house, and the surrounding stables were used to accommodate Australian prisoners until the end of the war in 1945. General MacArthur used the equipment within the space to print 140,000 Acts of Capitulation, which were disseminated throughout Japan. Thus, Negishi was deemed as an important communications headquarters during the 1940s. Thereafter, the entire area was seized by the US Military and transformed into a residential district, the Grandstand becoming the central administrative hub. Currently, however, the complex is now disappointingly at the mercy of the elements, and unfortunately in an advanced condition of deterioration. 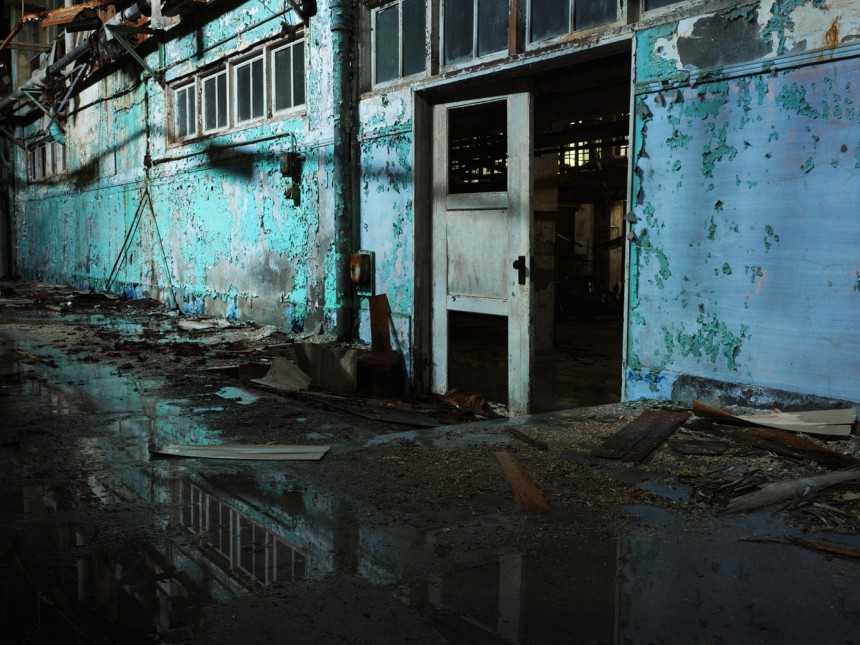 I was initially fascinated by Negishi’s beautiful exterior, but also had an overwhelming desire to capture images of the building’s interior. The 1920s-style architecture, combined with the tranquillity and silence within the building, felt very peculiar, as if I had been transported back in time. Most of the interior fittings and furnishings had already been stripped out, but what remained evoked a nostalgic and atmospheric sentiment which I tried to capture with a medium format digital camera as well as film. It was extremely hazardous inside the building as it was in complete darkness. I was also conscious of covering my nose and mouth as a means to deter clouds of chemical dust which intermittently spiraled from the floor. Nails protruded from splintered wood, and sprawling cables snaked across flooded floors as if lying in wait. The modest rays of light, which did manage to stealthily creep into the building, revealed the grandeur of the classical architecture of its day, and reluctantly provided a mere glimpse into the past. 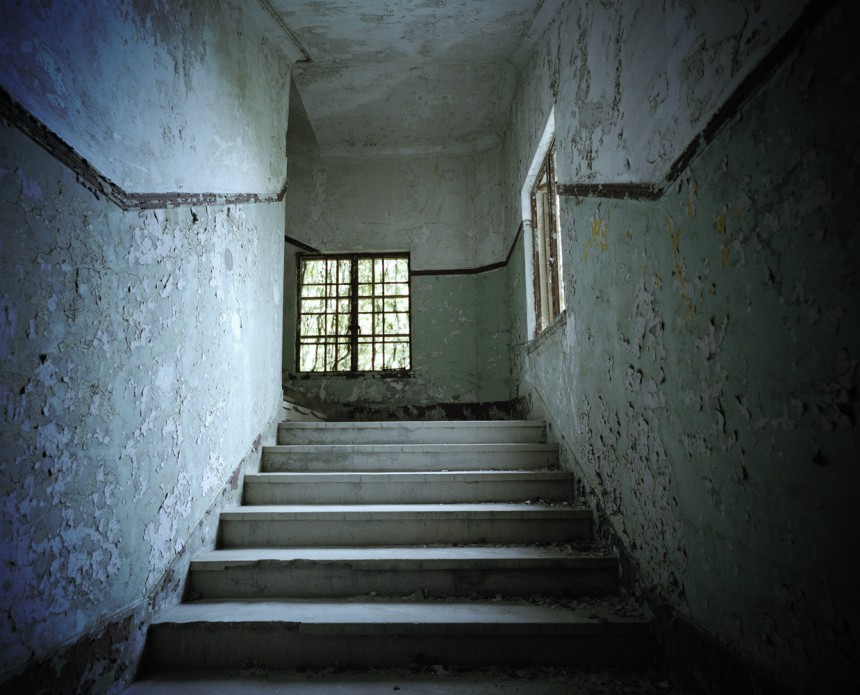 As I made my exit from this abandoned complex, I was gripped by a strong sense of desolation. My only hope is that my photographs ignite interest in Negishi, but from a more important perspective, I hope that these images inspire others into initiating a much needed preservation program which will save this beautiful, but forgotten work of art, from total devastation.