The New Sounds of Agraph

Electronic music isn’t all about EDM

In recent years, electronic music seems to have been largely subsumed by pop-oriented EDM. That makes the rise of Agraph’s decidedly offbeat new album The Shader to the top of the iTunes Japan electronic music chart all the more unlikely.

“I made it as a soundtrack for walking my dog,” Agraph (Kensuke Ushio) laughs about the genesis of the disc. “So it began very privately. But now, all of a sudden, it’s very public. I’m surprised in some ways, because it’s not typical of the EDM that currently dominates the electronic music scene.” 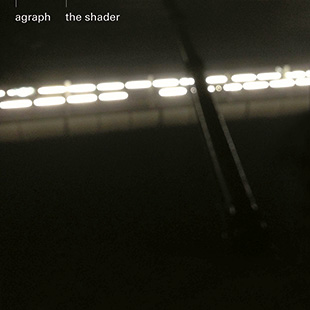 Agraph says the album represents his life’s work and that he was concerned how it would turn out. The Shader began when he was at an impasse, worrying about where to take his music next. Agraph began his career as a fan of Japanese techno kingpin Takkyu Ishino (the force behind Denki Groove and the Wire raves), and had limited success with his album Equal.

“The new record began as a logical progression from my first one,” Agraph recalls. “But I felt it was repeating the themes too much and went through a long period of confusion about what to do. Then I had a breakthrough that led to the album in its current form.”

It turns out an encounter with the experimental Musique Concrète—using  various recorded sounds as raw material—of French composer Luc Ferrari led Agraph to upend his ideas. “I heard his music for a movie that was playing at a film festival,” he explains. “It led me to approach composition not from the point of view of chords or melody or rhythm, but from the perspective of atmosphere. His music doesn’t have any melody—he just edits together sounds. I felt I wanted to place primacy on mood rather than musical elements.”

Talk like this could you lead one to think The Shader lacks melody and rhythm, which is far from the case. Tracks like the lead single “Greyscale” brim with dense piano chords and even foot-tapping beats. It’s not that the album is particularly challenging—in fact, its chart success attests to its approachability—but that its conceptual underpinnings give it an overall coherence often lacking in long-form electronic music outings.

Calling himself a “typical hikikomori [shut-in] bedroom music producer,” Agraph’s career says a lot about the important social role electronic music plays for many shy otaku types. He began as a raver, equipment geek, and fan. “I used to go out a lot, and would go to Takkyu’s event[s],” Agraph remembers. “I kind of hit on him at the bar. I told him I liked his music. I said I wanted to become a musician, and I’d studied engineering. So he just said, ‘Well, come to the studio.’”

With his experience in Pro Tools, Agraph became Ishino’s track manipulator, progressing to Denki Groove partner and finally solo artist. The path from equipment geek to artist, with visits to huge rave parties fueling interest in participation, is one many electronic music producers have taken.

But Agraph hasn’t shed his fundamentally private nature. “I live outside downtown Tokyo, and I like to take long walks along the Tama River and compose music in my head,” he says. “My music began very personally, but I want all sorts of people to hear it. It’s instrumental music so hopefully it will have a wide appeal and produce various reactions.”