Nikko: Its Legends and Lefties

Hidden among the mountains of Tochigi is Nikko, heir to some of the most exquisite and important Japanese national treasures such as the “sacred bridge” and the Toshogu shrine. This small, yet captivating town is deservedly a point of reference for domestic and international travelers. 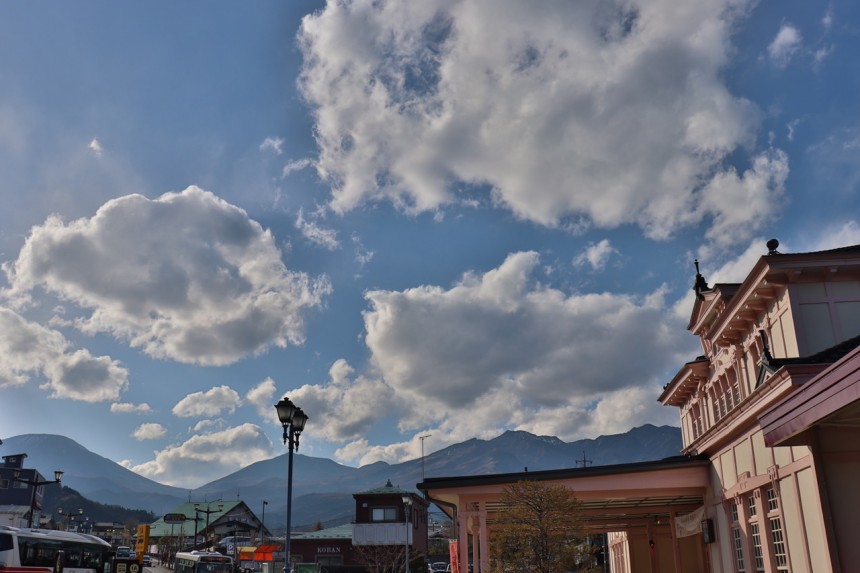 But for me personally, Nikko is a place where the mystical gets lost in reality. Or is it so-called reality that gets lost in the mystical? One way or another, I want to understand what makes Nikko special. That’s what I wrote in my journal while on the train.

And when I stepped out of the carriage, the cold fresh air announced that I had finally arrived in Nikko, whose origins can be traced back to 766 A.D. The town speaks of unimaginable events, such as the origin of the “sacred bridge,” which involves Shonin Shodo (Saint Shodo). According to legend, Shonin Shodo was on his praying journey when he saw himself unable to cross the Daiya River. Before him appeared the magnificent Jinja-Daiou god, with two snakes wrapped around his right wrist. The obedient snakes transform themselves into a bridge covered in sedges, that’s why the “sacred bridge” is also known as “snake bridge of sedges.”   The soothing melody of the Daiya river waters accompanied my journey towards the Toshogu shrine. 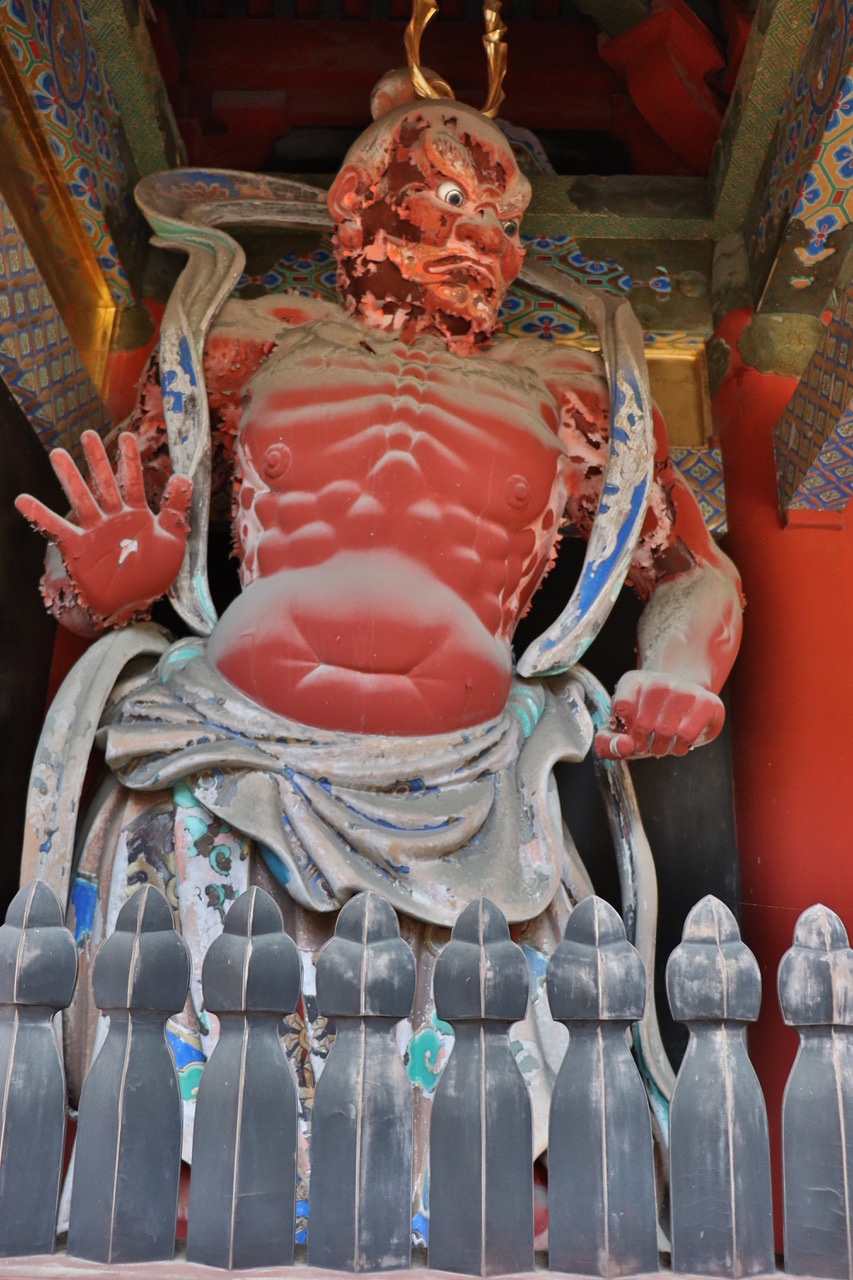 Something changed in the air as soon as I arrived in the Toshogu shrine, the resting place of Tokugawa Ieyasu, one of the most significant figures in Japanese history. Toshogu Shrine is everything but subtle. It screams that Ieya Tokugawa, first Shogun of Japan, although resting, deserves reverence.

Going up the stairs, the terrifying presence of the Diva Kings (Niō)  guardians of the Omotemon (known in other times as the Niō-mon) stopped my steps for a moment, reminding me that perhaps all religions are connected and that I am entering a place of worshipping.

This beautiful shrine adorned with lavish sculptures and painting is left unfinished, on purpose, as to spell away bad luck. There is a sign that explains that “one of the pillars at the back of the gate is upside down. It is said that this was done deliberately so that the gate could not be considered complete since completion would invite back luck.”

Later on I came upon the “three wise monkeys” that embody the proverb  “see no evil, hear no evil, say no evil.” In Japanese, they can be called mizaru, kikazaru, and iwazaru. These famous carvings are work of the famous and possibly fictitious Hidari Jingoro, who is also the sculptor of the “sleeping cat” (nemuri neko) that is said to be there to eat the mice. 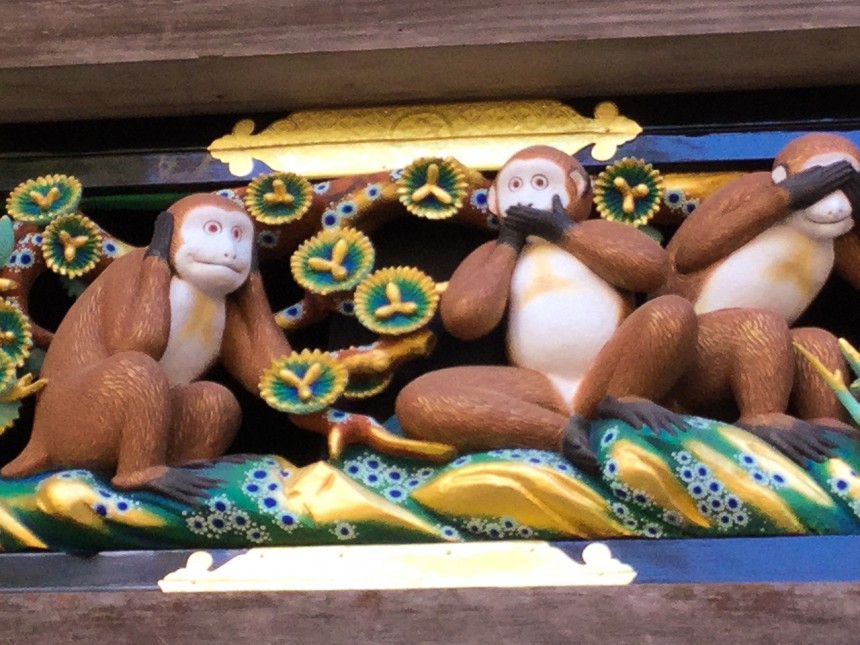 Hidari Jingoro is an important figure in Japanese art history, and his life is full of fantastic anecdotes. “Hidari” means left in Japanese, and legend has it that his talent ignited the jealousy of his contemporaries, and they cut Jingoro’s right hand. But faith was on Jingoro’s side, because he was left-handed and could continue working his craft.

Another story says that it was Hidari Jigoro’s own master that cut his hand as punishment for disobeying his master’s orders. Whatever the truth, Hidari Jingoro has left his mark in Japanese history, with one or two hands.

In my short visit, I realized that although Nikko is a famous tourist spot, it breathes calm and peace as if the gods themselves were out and about spreading blessings and chasing away evil. Perhaps, that’s what makes this place so special. Maybe, here the unbelievable is reality, and that’s what makes Nikko the spiritual capital of Japan.