Makes you want to be a better bear

The title small bear of great humanity has settled in with the Browns, and is doing odd jobs around London to buy the perfect present for his aunt Lucy’s 100 th birthday. Then the gift, a beautifully rendered pop-up album, is stolen. 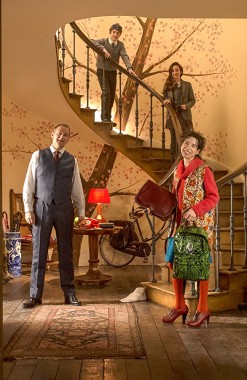 There’s a lot going on here, but the impeccable choreography, faultless timing and ingenious construction combine to make you forget (1) you’re at the movies, (2) that Paddington is animated, and (3) bears can’t talk.

This harmonious, totally immersive and satisfying experience is the feel-good movie of the year (we could all use one), and not just for kids. Note to guy readers: I know you’re way too cool to go to a heartwarming, whimsical movie about talking bears, but suck it up for a bit and go see this. You’ll be glad you did.