Peter Orosz: At the Human Pace

On a path once traveled

As sentient creatures, human beings are almost all fated to come across an existential crisis at one point of their life (at the very least), questioning the meaning of life or the path taken, or the crossroads faced on our personal journeys. Seemingly insurmountable, these questions have been known to preoccupy the greatest philosophical minds, who have not only provided painstakingly detailed responses, but dissected and reshaped the question to match their personal brand of existential struggle.

Yet while religion, education and society all contribute to one’s highly personalised eventual conclusion, these are not questions that can be answered by anyone else. We do, of course, all find our own peace with regard to these dilemmas — usually, we do so in a manner that allows us to continue moving forward without having to think too much about what we’re actually doing. There is the generally admired brand of human, however, who is just that little bit braver in their response. Hungarian Peter Orosz encapsulates this kind of adventurer and spiritually aware person. Metropolis caught up with him to discuss his oncoming project, his passion for walking and his relationship with Japan.

“I was reading books, and there was one particular book which just exerted a great influence on my imagination and how I wanted to live my life, which was called the ‘Places in Between,’ by a British writer called Rory Stewart … I read that book some ten years ago and it just stayed with me — that this is how one should live their life, to walk the countryside and go from village to another village,” Orosz tells me, his voice rich though muffled by Skype as he speaks from his home in Hungary.

38 years old, Orosz has resolutely devoted his life to this mode of travel, which most people find tedious and — in an age of immediate stimulation and gratification — inefficient. His next walk has been set for Shikoku and will be the subject of a field report Orosz intends to write, entitled “the Wilds of Shikoku”. The project, based on Alan Booth’s piece about Shikoku called “Roads Out of Time,” begins in January. “There was actually one very specific day,” the wayfarer continues. “I was walking home and I realised that I just don’t want to live my life in an office. And I just got back from a trip to Korea and Japan—it had actually been my first time in Japan—and I realised that these three to four-week trips that you can take out of the office every year, they just don’t allow you to see the world to the degree that I want to, so by the time I walked home, I decided that I would walk from my house to my brother’s house in Japan.” 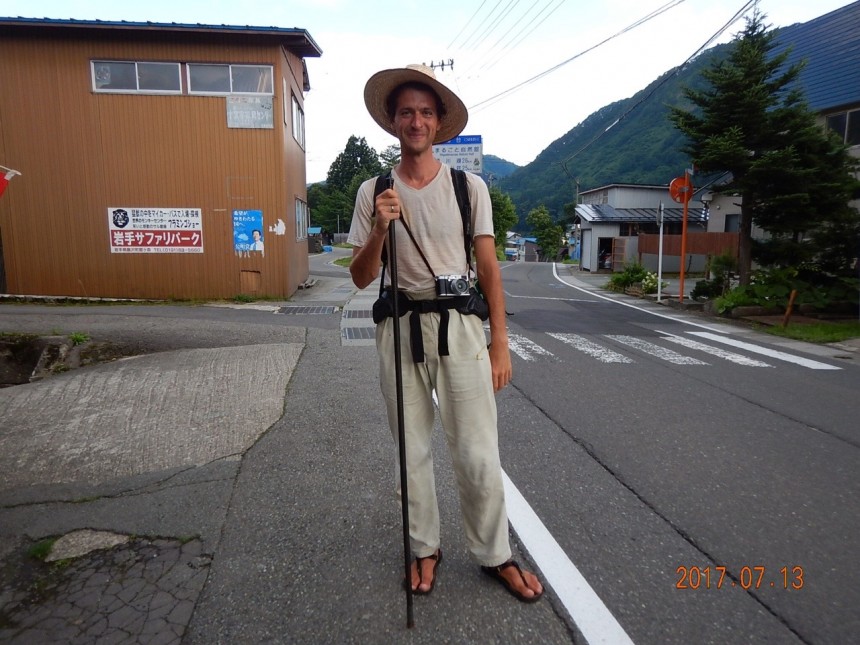 Suffice it to say, this was very ambitious for a first walk. Orosz didn’t make it all the way to Japan, but he did change his life after getting home that day. After a period of shorter walks (one to two weeks), he walked from Iran to Iraq — traversing mountains that allowed him to avoid contentious regions, through villages rich with culture, language and history. By the end of his 500-mile walk, his conviction had only become stronger — this was what he wanted to do, it was just as interesting as he had imagined.

What eventually set his sights towards the trails of Japan was an introduction to Alan’s Booth’s “The Roads to Sata.”

“It’s a wonderful book and it just confronts so many of these stereotypes about Japan, that it’s this sophisticated and advanced civilisation. It’s just like any other country. I think that’s one of Booth’s main points [is that] it’s a very interesting country but not for the reasons we imagined,” Orosz divulges. “I had planned to retrace his steps, but then my walk turned out to have nothing to do with his, because I was always drawn to the mountains. I always felt the need to go into the interior of the island and climb as many mountains as I could, whereas Booth mostly followed the coastline.

“In fact, this is a very interesting point about Booth’s approach to walking, that if you take the route in ‘The Roads to Sata’ and compare it to what Google Maps will give you between the two points of Japan (North and South) you get a very similar route — and my impression was that he didn’t actually like the physical act of walking that much, it was just an epistemological thing for him. This was how he could get to the villages and talk to random Japanese strangers, which is the thing he enjoyed. When I asked Tim Harris about him (who was his best friend back in the day), he was like, ‘well, yes, that was actually Alan, he enjoyed being with regular Japanese people and walking was a means to do it but not the reason by itself.’”

Orosz himself is all too willing to take on a more challenging path, using mountain trails instead of the coastal, flat routes that Booth wended. And while he says that he, too, does not walk for the sake of walking, it’s clear that the physical act means something else to him. “There’s the siren song of long walks… Sometimes I imagine that I could live like this forever. I think Bruce Chatwin wrote about this, in his book on Australia — that this would be the ideal of human existence, that you would spend your time in constant slow motion and that’s what we have evolved to do, and he does have a point. But I think you have to be born a nomad to really live like that, because then all of your possessions must fit in a single rucksack and you give up on so much of human culture, you give up on textiles, you give up on pottery, you give up on most books, so you become this wild thing with no material possessions. I would say these days that the ideal lies somewhere in between, so for me, the ideal life would be one that half the time could be spent walking and the other half in a small house.” 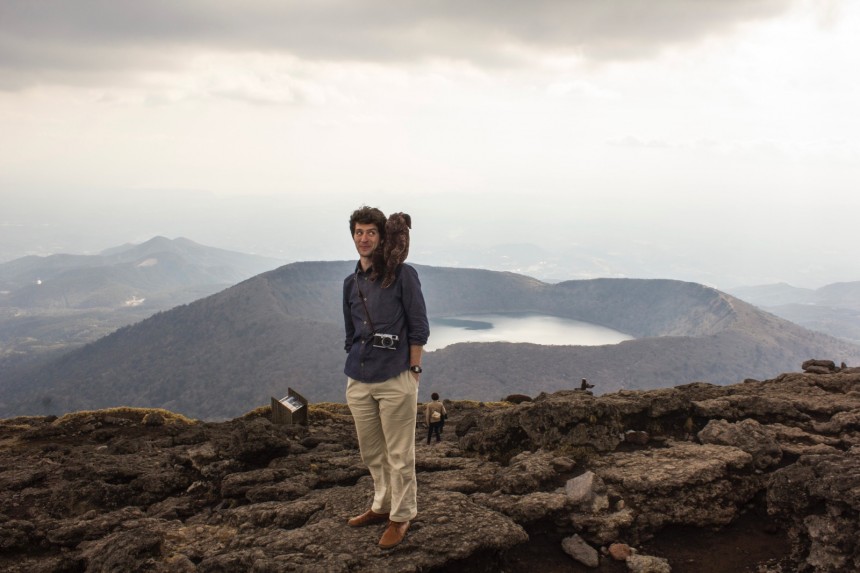 There is something alluring about the wistful lifestyle Orosz describes and as he speaks, I realise that I am talking to someone who has truly, definitively made their choice about how they will exist. In addition, he firmly believes in the rightness of it. As a sociology and philosophy enthusiast, the simplicity with which Orosz stands, in response to the existential crisis, is refreshing and flooring.

“I think there’s a deep biological connection to all this, that when you think about our origin as a biological species before we all became office workers — we were primates living on the savannah of East Africa and this is what we spent millions of years evolving to do. Sitting around all day is something very new, and I think our bodies are not built for [sitting all day] and our bodies, I think, are inseparable from our minds. I think if we walk, then our minds start working differently — at least mine does. I notice more, I remember everything. I live in this constant state of physical contentment. Food tastes wonderful.” He laughs, reflecting on how “hippie” he sounds. “I’m just very happy when I walk.”