Providing Support to Refugees in Japan

The Japan Association for Refugees assists and empowers

“Especially just right after refugees arrive in Japan, they do not have lots of money, so they spend all the money in the first few weeks, or few months, and end up becoming homeless.”

Shiho Tanaka, PR Unit Coordinator for the Japan Association for Refugees (JAR), is explaining a worst-case scenario for new arrivals in Japan. JAR, an implementation partner of the UN High Commissioner for Refugees, supports and advocates for refugees, as well as raises awareness of related issues in the general population.

In 2014, JAR provided temporary shelter to 46 refugees, while also providing medical care. “People who do not have medical insurance, they have to pay the hospital, so we negotiate with the hospital,” Tanaka said. “Some of the hospitals provide treatment for free, but it’s very difficult just to go by yourself.” 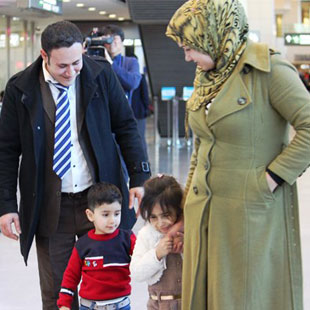 But “by themselves” is where a number of refugees end up after arriving, particularly those who come from countries without established immigrant communities in Japan. Without community support, it becomes even more difficult to navigate both a new life in Japan and the refugee status application process. JAR’s support is especially important in these cases.

Every day, between ten and 20 refugees visit JAR for assistance. The Friday afternoon of my visit was no different: all four consultation rooms were busy, and the waiting area completely full. Each year, JAR assists approximately 600 people from 60 countries, and what they accomplish saves lives.

Applying for refugee status is a long, difficult, and stressful process, and counselling—both legal and personal—is a big part of what JAR does. But as Tanaka showed me during an office tour, it also takes care of more immediate needs. Shelves on one wall of the largest consultation room are stacked with clothes, and a big box of toiletries takes up part of another wall; shelves in the office area house non-perishable food.

The major challenge—getting refugee status—is tackled by pro-bono lawyers, and supported by interpreters and translators. It’s common knowledge that Japan’s refugee acceptance rate is extremely low: only 27 of 7,586 requests in 2015 were approved, while 2014 saw only 11 approvals out of 5,000. Five of those 11 were JAR-supported refugees.

Support doesn’t end with an approval, however. Getting refugee status is just one step towards rebuilding a life. Employment assistance and community integration are essential.

“We try to reach out to the group and try to let them help each other, not only among refugees, but also … local Japanese people, sometimes schools, and hospitals. [We] try to create networks, support networks,” said Tanaka. Empowered self-sufficiency is the goal.

Beyond direct assistance, JAR spreads awareness through media coverage and an annual campaign. The 2016 campaign, Portraits of Refugees in Japan, ran from June 20 to 26, and showcased 28 black-and-white photos by photographer Naotaka Miyamoto. Along with its network of parliamentarians and government officials, JAR also advocates for immigration law reform.

When asked about the future of Japan and refugees, Tanaka is optimistic. “We hear lots of sympathetic voices … so it’s like a silent majority thinks that [Japan] should change this situation.”

On behalf of the over 20 million refugees worldwide, may that change happen sooner rather than later.

● Buy Flavours Without Borders, JAR’s bilingual cookbook: http://amzn.to/2aqJ43T (a portion of each sale goes to JAR)

● Collect food: organise a non-perishable food drive at school or work—but let JAR know in advance so they can make room for everything

● Donate books: Value Books will pick them up, sell them, and give the money to JAR (www.charibon.jp/partner/nanmin/)

● Fundraise: crowdfund for your next sports competition, hold a bake sale, host a trivia night, or search online for hundreds of other ideas, and donate the money to JAR

About Helen A. Langford

Helen A. Langford is a freelance writer and innkeeper based in Kamakura.