When someone hears “pilates,” they often imagine glowing Californian goddesses in leggings performing impressive poses in a sunlit studio. When Taeko Farthing founded Re-Juvenate Pilates, a full-service bilingual pilates studio in Tokyo, she brought not only the glamor of the practice but also its original philosophy to Japan. Farthing is an instructor fully certified by Pilates on Fifth Academy International, a member of the Pilates Method Alliance.

“Re-Juvenate is a new, bilingual studio in an accessible venue for you to get fit, improve body posture and form,” Farthing says. Practices offered at Re-Juvenate Pilates stay faithful to the original philosophy of Joseph Pilates, the creator of the method, who stated, “[Pilates] teaches you to be in control of your body – and not at its mercy.” Pilates himself called his method “Contrology,” emphasizing the focus on uniting the body, mind and spirit, to achieve optimum health and happiness.

[Pilates] teaches you to be in control of your body – and not at its mercy.
— Joseph Pilates, founder of Contrology 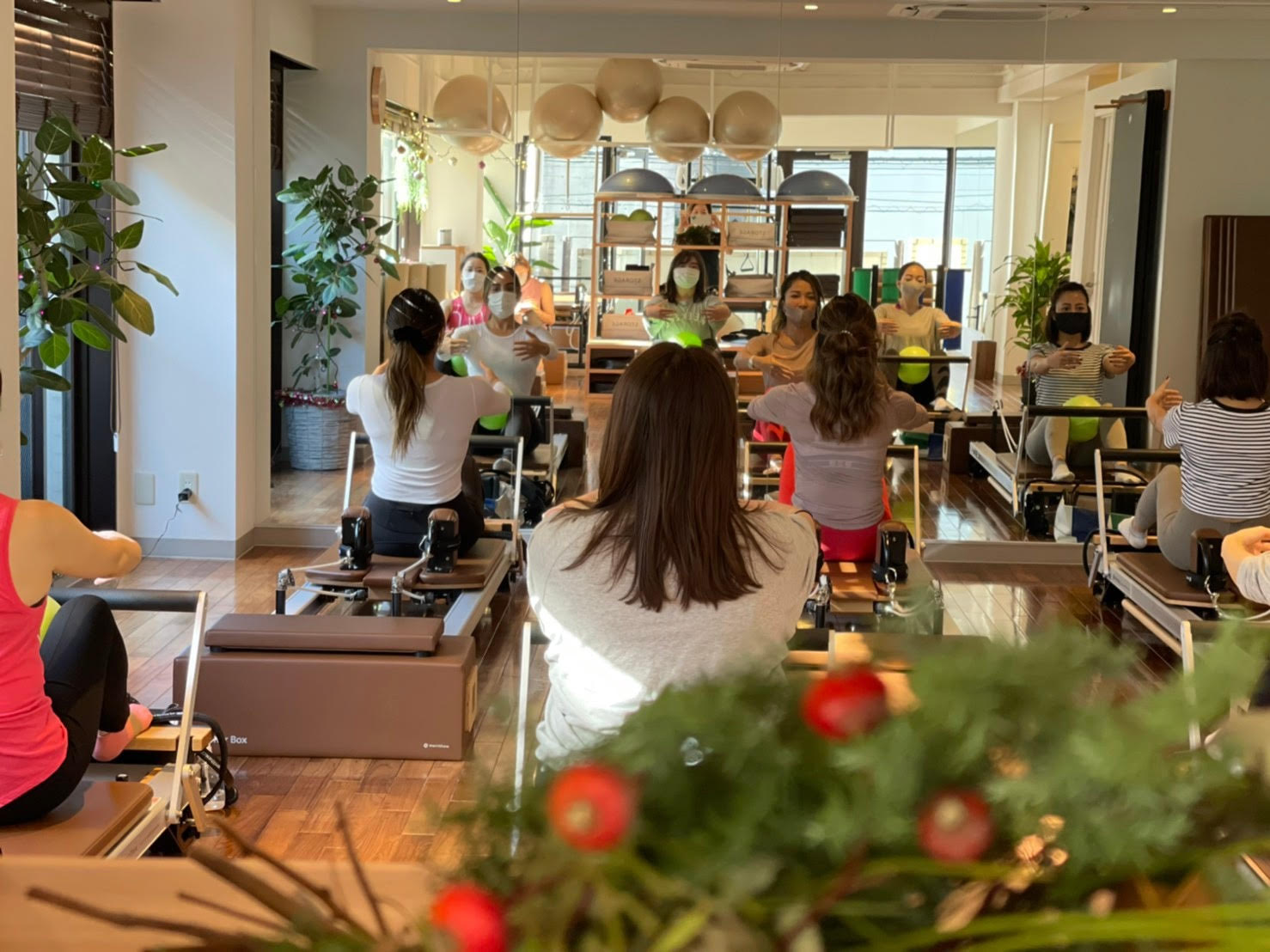 While gym workouts typically aim for bulging biceps and surface muscles, Pilates focuses on building deeper, core muscles, either directly or in association with peripheral exercises. It also focuses on the quality and precision of movement rather than the intensity or speed, and teaches practitioners to engage their minds to control their core during exercise and concentrate on posture and breathing. Pilates emphasizes the importance of the position of the spine, pelvis, and scapulas.  “The body is our house: the spine is its pillar; the pelvis and the scapulas are its beams,” says Farthing.  Pilates lengthens and strengthens the muscles, giving a more elegant posture, alleviating discomfort, increasing flexibility and tightening deep tissue muscles.

Re-Juvenate Pilates, which opened in August 2020, caters to beginners and experts alike, and provides instruction in both Japanese and English. Farthing, having spent 13 years abroad as an expat herself, stresses that it is her intention for Re-Juvenate Pilates to be a welcoming space for expats in Tokyo who are looking to make Japan their new home. She hopes that her bilingual studio will offer restoration and rejuvenation to those experiencing language barriers and culture differences. “I was in the same place when I first moved overseas,” she says, looking back on her days living abroad, and highlighting her wishes to create a comfortable space for the non-Japanese in Tokyo.

Clients can take either tailored, fully equipped private classes or group classes on the mat (involving mostly body weight exercises). What’s special about Re-Juvenate Pilates, though, is that it also offers group reformer classes, a rarity and luxury in many Japanese Pilates studios. Re-Juvenate Pilates is also equipped with a cadillac, tower, chairs, and barrels. Another great plus about Farthing’s studio is its flexible package-fee system. There’s no monthly fee, so clients can drop in when convenient for them, however frequently they want. There are no entry or membership fees. Costs vary with class.