Streetwear and breaking into the industry with the fashion YouTuber

Hailing from Los Angeles, California, Reggie Casual finally found his roots in Tokyo three years ago with the launch of The Casual — a YouTube channel, an online commerce site and an open forum for people to share their thoughts on international streetwear. The channel has amassed over 160,000 subscribers since starting in 2016, and in just two years, Casual has become somewhat of a guru for fashion and lifestyle enthusiasts throughout the world. Metropolis caught up with the rising influencer to discuss Japan’s fashion scene and what it’s like to get started in the industry. 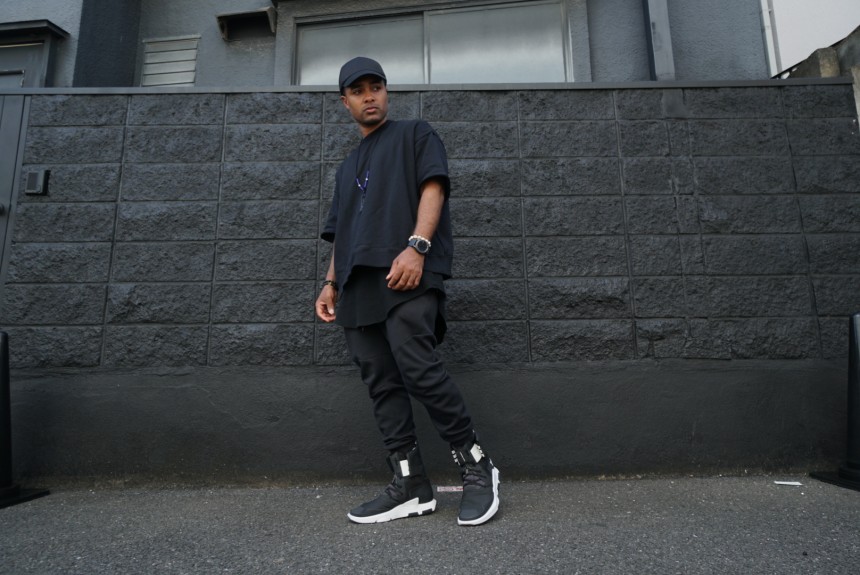 Metropolis: Tell us about your YouTube channel. What is The Casual?

Reggie Casual: The Casual is a network where we talk about international street fashion from Japan. It’s a place for conversation. I wanted to create a space where people who want to be into fashion but can’t be into it because of the community can come and be a part of the conversation. We cover lifestyle and culture from the perspective of fashion. I created this space to help inform people about fashion. I want people to be savvy about what they wear and not just buy something because it’s hot.

M: Did you find it hard to break into the fashion scene in America and Japan?

RC: It’s extremely difficult.  Even for me, it was difficult to break into this scene. Outside of YouTube I also do consulting work with brands in Japan, and I always tell my clients who are trying to build their brands that without the proper network or a platform, it’s almost impossible to break into fashion. A lot of people in the fashion industry went to school for fashion, so they have a solid background of knowledge of the industry and a solid network.

If you don’t have either of those things then you have to create a platform. For me, coming from marketing, I knew I could make myself bigger in a shorter amount of time than most people. So before launching [The Casual], I spent months putting myself out there and researching so when my channel launched people started coming to me instead of me having to find people.

M: What would be the normal timeline for someone trying to break into the industry?

RC: It can take the average person without any resources years to break in. If you didn’t go to school for fashion then you need either a platform or a network. Even people like Kanye West and Rihanna had to use their music platform to break into the fashion industry and even for them, in the beginning, people didn’t take them seriously. Without a platform or a network, it’s impossible to break in. And if you have both, then count yourself lucky.

M: If somebody comes to you asking for advice about how to take their fashion game to the next level, what would you say to them?

RC: I don’t say, ‘“this is what’s in season, this is what’s on trend.” I’m a bit of an observations guy so I start by taking a look at what they’re wearing at the moment. Most people, when they’re going out, just want to feel comfortable or dress according to the weather. But what they may not notice is that they’re constantly deciding the colors that they choose or the type of fit that they have. So when people come to me, what I like to do is expand on how they already present themselves. If they gravitate toward a certain color or tend to wear certain jewelry or maybe they like certain cuts of clothing, we can expand on that and help you find pieces that will make you feel comfortable. It’s not about telling you what to wear exactly. It’s really about taking yourself and your own personality and building off of that.

M: When you talk about breaking into fashion on your channel, you speak mostly from a male perspective. For women, the process can be a bit different. How can women who aren’t the same size as models on the runway get into fashion without breaking the bank?

RC: There is a standard that the fashion industry wants to maintain because they equate slender body types with elegance, which is why a lot of runway pieces are drapey and flowy, because it can flow across the runway. Once you put those pieces on someone bigger, it becomes less about the pieces and more about the body itself. The issue that curvier women have with breaking into the fashion industry is that there aren’t any high fashion brands out there that are making clothes for curvier women at the same level of high standards as they do for smaller women. Don’t look at the fashion industry as something that you can’t touch. If you want to make great quality denim jeans for women with curves, then make quality denim jeans for women with curves. Unfortunately, no one right now is doing it, so you have to set your own standard if you’re looking to get into the industry.

M: You touch on cultural appropriation and expressing various cultures through fashion. How do you feel about Japanese people taking styles from other cultures without fully understanding the cultural implications of that style?

RC: I believe that culture is meant to be shared and if we’re able to share culture with each other, we’ll understand each other more. Instead of arguing about what is cultural appropriation, we should be fighting for cultural equality. Accept my culture and you can be a part of my culture as much as I can be a part of yours. As an American with Afro-Latino heritage, I can see how seeing Japanese people in black or Latino styles is offensive to people. But I think more than anything, it validates our culture. It shows how impactful other cultures have been, not only in Japan but also around the world. This culture came all over from the Caribbean, Africa, America, etc., and there are Japanese people that see that and emulate that and incorporate that into their personalities. That’s impactful. 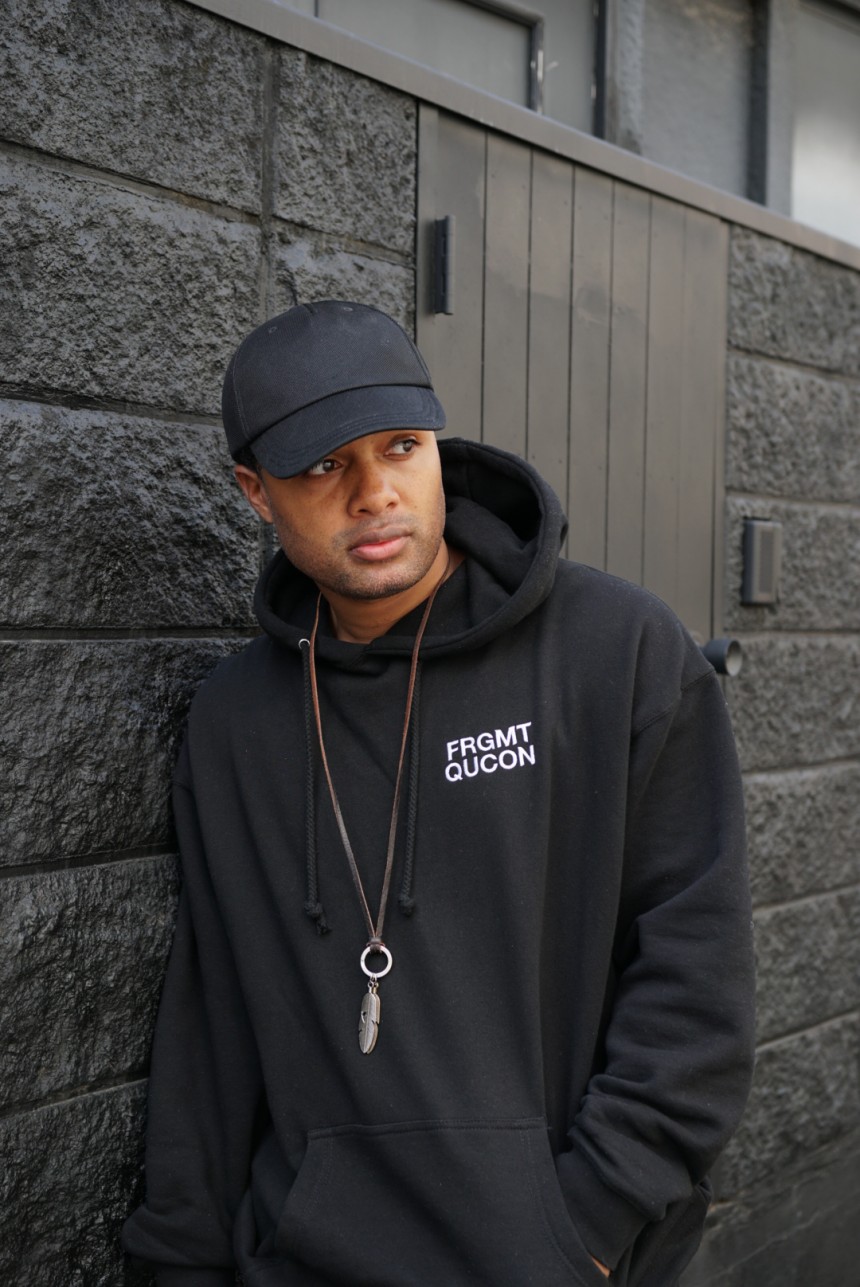 RC: Uniqlo. Uniqlo took over this country during the lost decade when nobody was making any money. And Uniqlo became a benchmark — high-quality clothing that’s made for everyday wear, and anybody could wear it. There’s still a lot of adventurous Japanese people, but not nearly as many as there used to be. You could’ve walked through Shibuya in the 90s or early 2000s and seen so many styles. During that time, Japan was very colorful. People like to blame it solely on the economy but also, people grow up. Their tastes change.

I often get into arguments with people on this topic. A lot of people will say they miss the old days when Japan was so colorful, which is wrong to say because you’re mystifying Japan. You have to stop mystifying Japan as if it’s just some weird area where quirky things happen. They’re people. They go to the movies, they laugh, they cry. People change, so of course fashion choices are going to change over the years. You can’t expect these styles to stay stuck in time. It’s intellectual dishonesty to talk about these styles as if they’re the great era of Japanese fashion. There are many more designers on the international scene, many more people in the west are seeing Japanese styles.

M: What advice would you give someone who wants to come to Japan and break into fashion?

RC: Learning a language doesn’t hurt, but most people in the fashion industry already speak English. If you’re able to model, that’s also a big help. But my number one piece of advice is to get a camera and go to every single event that you can. Take pictures of everybody. I have a friend Guapulor, who came to Japan and didn’t know anybody. He got into photography here and soon he was doing photography for Stacks Cream, Verde, Girls Don’t Cry. Invest in a good camera, get out there and start hustling. That’s my number one piece of advice.