Super GT. Chaotic, action-packed races that are designed to prevent single team domination, the power of the heavily modified machines involved make it the fastest production-based sports car series on the planet. Beginning in 1993 under the name JGTC (Japanese Grand Touring Championship), before it was rebranded and given its current monicker in 2005, the GT500 category sees cars from Japan’s big three manufacturers — Nissan, Honda and Toyota (represented as Lexus) — fighting it out alongside the less powerful but much more varied GT300 field. However, despite a wealth of Japanese driving talent, the most decorated driver in terms of GT500 championships doesn’t come from Japan, but rather from another country that’s passionate about motorsport: Italy. 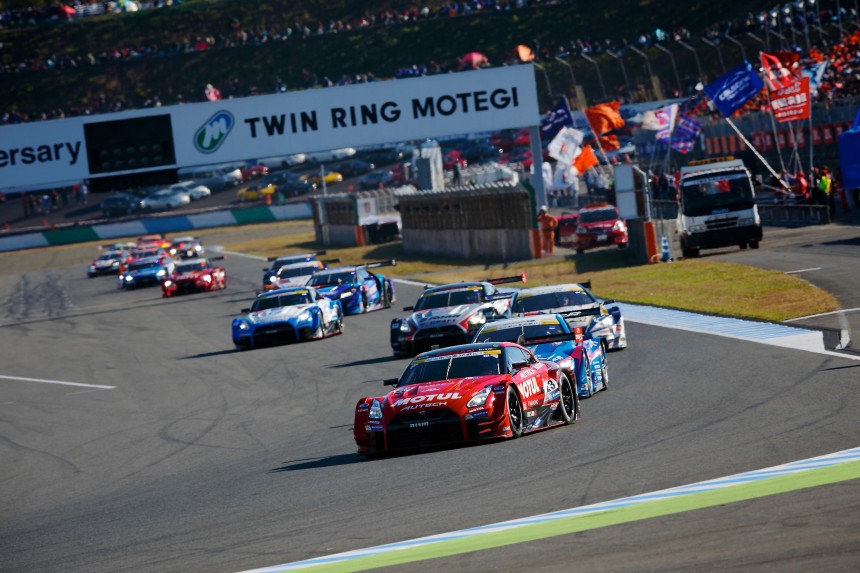 The No.23 car of Ronnie Quintarelli leading the field at Motegi 2017

In the late 1990s, a young Ronnie Quintarelli battled it out among other young hopefuls at Japan’s legendary Suzuka Circuit as part of the Karting World Championship. Almost 10 years later, he would stand on the top step of the podium after winning the prestigious 1000km endurance race at the same venue in 2005, this time driving a far more powerful vehicle — a GT500 Toyota Supra. He would go on to take back-to-back GT500 titles in 2011–2012 for team MOLA (with teammate Masataka Yanagida) and again in 2014–2015, this time for the Nissan factory team NISMO (alongside current teammate Tsugio Matsuda). Despite that initial win at Suzuka, Quintarelli found the switch from open-wheel racing to the heavier GT cars difficult. “The first experience in Super GT in 2005 was not good,” he told Metropolis during an interview at Nissan’s NISMO factory in Tokyo’s Oomori district. “So I thought that I would never become champion in this category. It’s not for me.”

Like many other Super GT drivers, he continued to race in the, then named, Formula Nippon series, finding some success in 2007. Then, in 2008, everything changed. Catching the eye of both the Toyota and Nissan bosses, he accepted an offer from the latter. Impressed by their presence on the Super GT scene, he hoped to one day make it as a driver for their factory team. That season would also see the Nissan GT-R make its racing debut. “[During] the first test in January 2008 in Malaysia in Sepang, after three or four laps I was already like, wow, what a car!” he says. “And I was driving the same style as a formula car, I could really push through corners and I could really feel the grip from the tires. Straight away I was thinking, wow, maybe I can drive Super GT as well.” The two championships that came in 2011 and 2012 had some prestige with added firsts attached to the wins; the first for Team MOLA, the first for a team debuting from the GT300 category and the first for a Nissan satellite team. Perhaps unsurprisingly, the factory-backed NISMO team signed him up for the 2013 season where he has remained ever since. 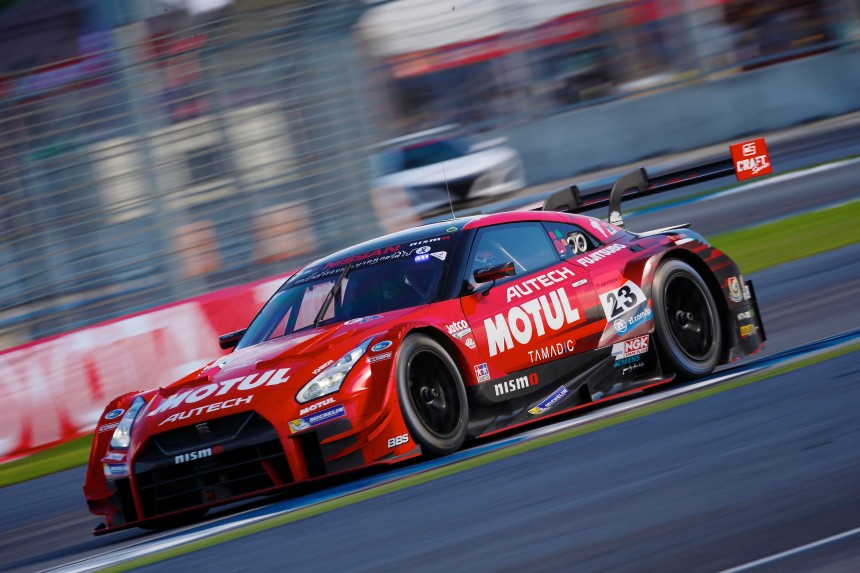 The famous No.23 NISMO Nissan GT-R

As with most young drivers growing up, the dream was to become a Formula 1 world champion. The role of test driver for the struggling Midland team in 2005 was as close as he got. Not making it in motorsport’s top tier is not something that he regrets, but there is a touch of melancholy as he recounts the challenges and obstacles that he and many of his peers faced. Unlike the stronger support that F1 manufacturers currently offer to drivers from a much younger age, Quintarelli points out that, “In those years you need to do everything perfect. Not miss anything if you want to reach Formula 1, you just had one chance.” Having to divide his time between racing and helping his father out at his factory in order to pay back the financial support he’d received from him, a pivotal moment in his career came in 2000 while racing in Italian Formula Renault. “I was leading the championship … and in the last race of the season, Felipe Massa, he won the race and I finished 6th [and] because he was two or three points behind [going into the race], he won the championship, so I finished behind him. Because of that, by winning the championship, you could have the support from Renault … and [finishing] second they said you did a good job but no support, so it start to be tricky to step up to Formula 3.”

Now, his name sits at the top of the list for the number of GT500 championships, but it’s his teammate, Tsugio Matsuda, who holds the accolade of most race wins. Does this affect their relationship within the team? “No, not at all, because as long as we win races he wins races as well, so it’s not changing … even if we win titles, I win titles as well so he cannot catch me up (laughs) … I’m focused to win titles, and he’s happy and focused to be the most winning driver.” 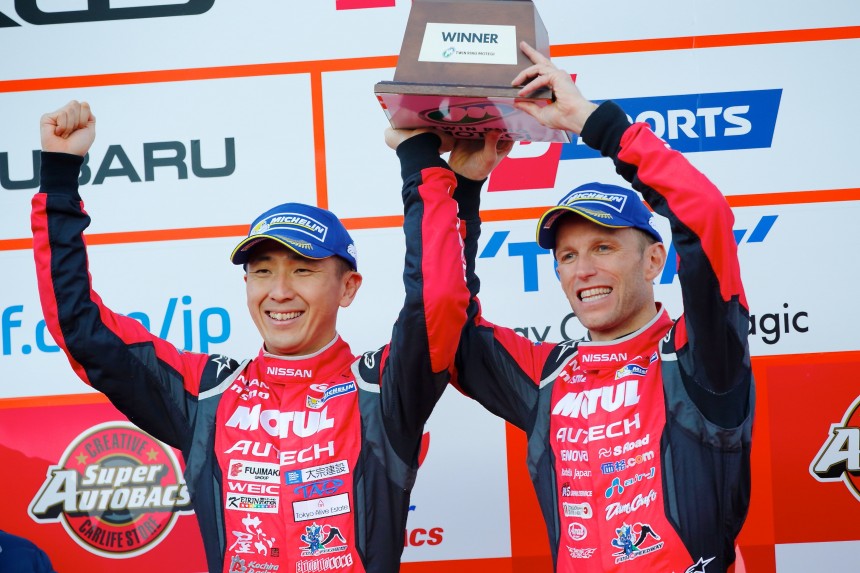 Hoping to challenge them both for those wins and the title this season is a familiar face: the 2009 Formula 1 world champion, Jenson Button, whom Quintarelli raced against during those early karting years. He can see the joy that competing again has brought to the Englishman. “He likes this kind of extreme competition, pure and aggressive competition. When he decided to be regular driver for Honda for 2018 I was very happy … looking at his attitude at the circuit, it’s like he became younger now, really enjoying, really motivated.” He is also in no doubt that an ex-Formula 1 driver’s involvement in Super GT is a huge asset to the sport. “If he’s saying something positive, his fans are like, wow, Super GT? … People then start to get more and more interested.”

For the season ahead, Quintarelli is aiming to add to his already impressive record. “I’m focused at first to win more titles, personally, to score more pole positions as most as possible and then try to win more races and [to help] make Matsuda-san happy!” He may be a veteran of the field these days but he believes he can still build on his past glories, having missed out on a fifth title by just two points in 2017. “If you are not prepared 100% physically, it’s hard to bring the car to the limit. I have a team behind me they are helping me, working together to improve my physical condition every year, to try and improve details, and to analyze data during training. I’m 38 years old, but I feel I’m at the peak of my career.”