After living in both Hokkaido and Tokyo, it’s clear that each has its perks. The relaxed, cool and spacious vibe of Hokkaido contrasts so differently to the hustle and bustle of Japan’s megacity capital.

Hokkaido frequently tops the charts for the most attractive prefecture in Japan — scoring 73.4 in 2021 on the Regional Brand Survey — in comparison, Tokyo scored fourth, with 47.5. But how does the northern island really compare against the largest city in the world?

Living Costs
One of the main headaches of living in Tokyo is finding an apartment that is cheap, not the size of a wardrobe and has relatively good access. According to Expatisan, the cost of living in Sapporo is significantly cheaper than in Tokyo at 18%. The main contributor to this is housing costs, which are 47% cheaper in Sapporo than in Tokyo. Living in Tamagawa, Tokyo, in a 1DK apartment ~320ft² (97m²) set me back ¥75,000.

Despite being on the outskirts of Tokyo and a 20-minute train ride to Shibuya, it was relatively small, yet expensive. In comparison, my apartment in Sapporo costs significantly less at ¥60,000. It is a 2LDK ~ 540ft² (165m²) and just a five-minute train ride to the center of Sapporo. Sounds cheap, right? Well, it is and it isn’t.

The average net salary in Sapporo is ¥256,681 after-tax, compared to ¥385,875 in Tokyo, according to numbeo. Of course, this depends on the job and experience, but the average salary is far lower in Sapporo, meaning that the two balance out quite evenly in the housing department. 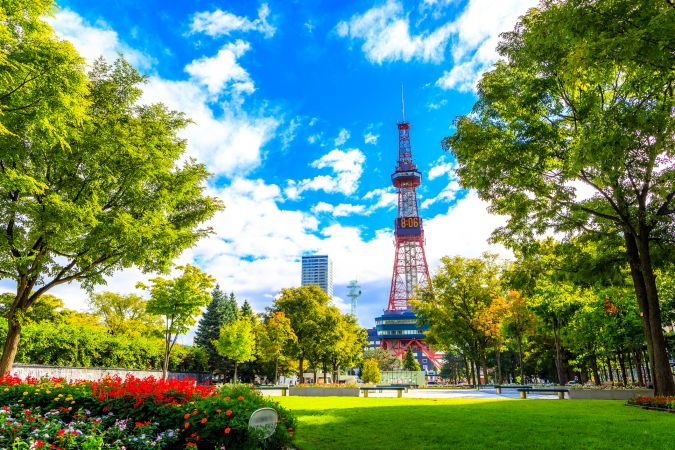 Nightlife
Being the largest city, not only in Japan but in the world, Tokyo has a much far superior nightlife than Sapporo. In Tokyo, counting bars alone, there are over 29,000 bars. Whilst Sapporo is the largest nightlife city north of Tokyo, it has only 4,000 bars, and that’s including clubs, restaurants and pachinko slots. However, most of these are located around the Suskino district, making it easy to hop from bar to bar and conveniently enjoy many of Sapporo’s top nightlife spots.

The sheer amount and array of bars, clubs and restaurants in Tokyo allow you to enjoy something different every time you go out, no matter the time or place. There is always something to do, making it one of the best cities in the world for people who love the nightlife.

Restaurants
Tokyo has over 60,000 restaurants and over 212 of those have a Michelin star — making it the most Michelin-star-studded city in the world. The absurd number of izakaya, chain restaurants and fine dining restaurants means you are never short of options and is the reason people from all over Japan and the world flock to Tokyo to share their culinary knowledge.

Hokkaido is no competition for the scale of Tokyo, but what it lacks in quantity it makes up for in quality. Hokkaido is home to some of the finest meat, seafood and dairy products in Japan and has become synonymous with seafood, attracting millions of tourists every year. All year round there is something fresh to try, whether it is uni (sea urchin) in summer or king crab in winter, making Hokkaido one of the most exciting culinary destinations in Japan.

Social Life
The buzz of living in Tokyo can be exciting. Whilst there is so much to do, many people to meet and places to explore, it can be hard to fit into. I found for many of the Tokyo dwellers, that the rush of daily work life meant that they kept to themselves more often. Although there are no actual statistics for friendliness, I found that people did not speak to each other as often as in Sapporo.

Saying this, the beauty of Tokyo is that there are so many people. There are countless small communities that you can fit in depending on your hobbies and interest, making it a great way to meet new people. In contrast, Sapporo has a much slower pace of life, and whilst not quite as friendly and chatty as other cities such as Osaka, it is most certainly more so than Tokyo.

Convenience & Transportation
Although many take it for granted, convenience is synonymous with everyday life in Japan, from the abundance of conbini and vending machines to the prompt and various public transport.

However, everyday life feels more convenient living in Sapporo. Everything you need is a quick bus, train or bicycle trip. Whilst Tokyo has everything you can ask for and more, unfortunately, it can be a hassle making your way across each district or riding fully packed trains.

No matter which way you look at it, both Hokkaido and Tokyo have their pros and cons offering various different lifestyles and experiences, and it’s up to each person to decide what their place of living preferences are. For me, however, whilst I do love Tokyo, it’s not hard to see why Hokkaido was ranked as the most attractive prefecture in Japan.