Bringing the sense of community to communities

Tokyo, it has to be said, was slow to catch on to the concept of shared working (and living) spaces. It’s only in the last decade that such spaces have sprung up around the city, with locations such as Nagatacho Grid, Blink in Azabu and The Hive Jinnan in Shibuya adding much to the scene — with large and fashionable spaces, they offer respite to workers who disdain the idea of a stuffy, more traditional office space. People need this alternative and its benefits, including the excitement of meeting new people—particularly creatives—and the buzz of activity such places bring to communities.

Ryozan Park, with two spaces in Otsuka and Sugamo, is at the forefront of this kind of contemporary thinking. Multi-floored with all mod cons, a roof terrace, apartments, offices and hot desks available for all members, it’s a stunning concept which has brought a lot of happiness and wealth to that side of Tokyo. Run by couple Noritaka Takezawa and Rachel Ferguson, Ryozan Park has flourished and developed into its own thriving community amongst the local communities in Otsuka and neighboring Sugamo. 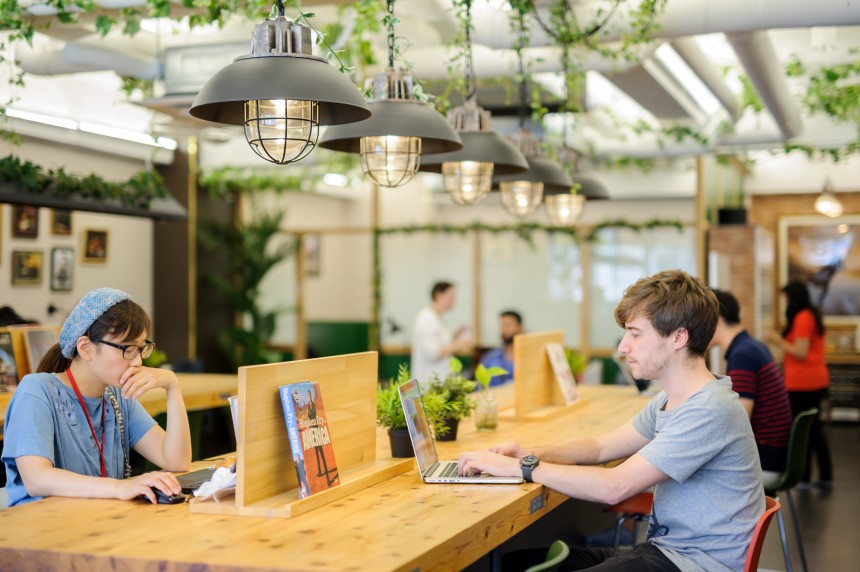 The company’s profile page details the concept behind Ryozan Park:

“As an international family with young children running a business together, we truly understand the meaning of collaborating across cultures, and know the benefits that come with diversity. We created RYOZAN PARK as a way to support entrepreneurs and working parents, and to promote collaborative living and work-life balance in the area where our family has been based for more than a century. We live our work and consider the RYOZAN PARK community to be an extension of our own clan, a place where ideas, culture, language, and friendship are shared along with the living and working environment.”

The share house space, in Sugamo, whilst a newer purchase, is part of the Takezawa family’s investment in the area which goes back around a century. Noritaka Takezawa, who studied for a Masters degree in the States and moved back to Tokyo after his studies, had different ideas for the location. “We wanted to do something more creative,” he says in a recent interview with Metropolis. “So we renovated it but also the earthquake in 2011 influenced that decision. We wanted to make a kind of community to support each other. For young professionals to live together and to create something new.”

His wife Rachel Ferguson was also in tune with societal changes in Japan after the Tohoku earthquake and tsunami of 2011. She explains:

“There was a boom in share houses at that time. After the earthquake the buzzword was kizuna (bond), the bond between human beings. A lot of young people were living alone and they didn’t want to come back to the same tiny apartment and not see other people or sometimes speak to anyone. Up until then Japanese had slowly begun to move into gaijin houses. Some of the bigger companies had worked that out like Daiwa House — they started to make gaijin houses for Japanese and called them share houses. For gaijin it was money saving but for Japanese it was more of a drive towards collective living and community living.”

Ryozan Park Sugamo was established in April 2012 followed by Ryozan Park Otsuka in 2015. Both spaces have been hugely successful, with a genuine sense of community apparent in both locations. One of the quirkier details of Ryozan Park is that many couples have been formed there — so far, 12 marriages and 18 children have been born as a result of people finding their life partner within the Ryozan Park community.

For Ferguson, however, there was another goal she wanted to achieve with the Ryozan Park community. A graduate of Japanese Social Anthropology (MA) she had an aim to create and support working women in Japan. As a mother of two young children, the Scotland-native was driven to create a daycare center where mothers could work in the same environment as their children. Named Kosodate Village, whilst not a money-earner, it created a modern and appealing environment for some Japanese mothers who wanted to have a few hours of work in a communal environment while their kids were being professionally looked after. 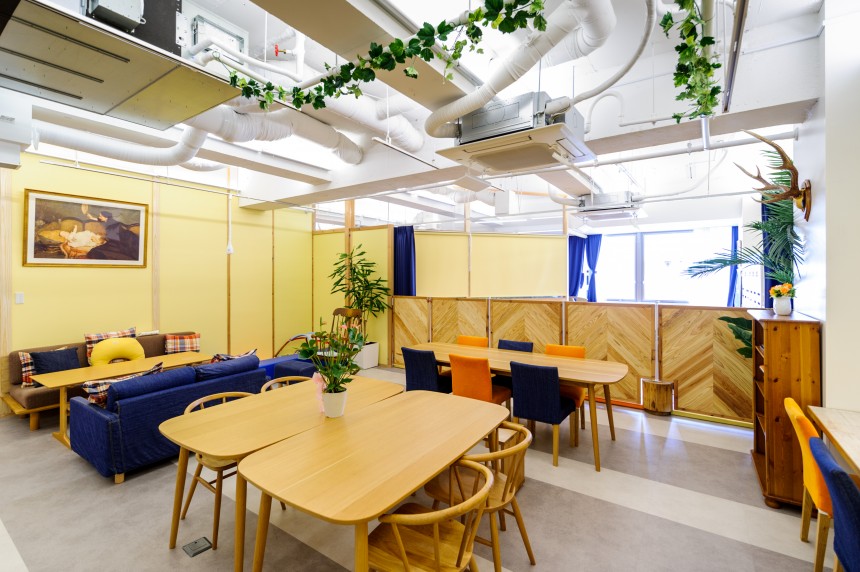 Ryozan Park went on to receive backing from the Tokyo government as it supports female entrepreneurs. Governor Yuriko Koike wrote a social media posting about an article written on the space but it’s unclear if that had a direct effect on the decision to grant Ryozan Park funding. Recently Kosodate Village has made way for Ryozan Park Preschool, a fully operating English pre-school,. Ferguson explains:

“We decided to make an English school. We brought in Margaret Reid (education specialist) last summer and we opened this April. So that was a lot of work. Noritaka worked very hard to get us government backing, which we may have received because Yuriko Koike had shown an interest in what we were doing. We are there to help working mothers so we got the backing for that reason. Now we have to make ourselves affordable to working mothers and also charge enough to make it sustainable, as we’re not subsidized. Even though we have two years of government funding to help us as a ‘start up’ we don’t have the ongoing government subsidy. But I think we’ll get there — we’ve had a very good start up year. I’d also be happy to share the know-how of doing this kind of project with others as it’s necessary in the society in which we live.”

So what’s next for the Takezawa clan? Never a family to embrace stasis, they are working on two additional spaces near Sugamo Ryozan Park facility. Named  Ryozan Park Annex and Ryozan Park Lounge, they will both open their doors in January 2019 — RZP Annex for working and meetings in a quiet and comfortable environment with RZP Lounge, on the other hand, being a freer and more relaxed cafe-style atmosphere. Both, however, will naturally be centered around the philosophy of community. The communities of Sugamo and Otsuka have given a lot to the Takezawa and Ferguson family and it’s only natural, in their eyes, to give something back.