Tokyo life is sometimes just so tasteful. Outfits match a little too well, buildings are streamlined, tourist attractions ordered. When life is so well organized, there’s a magical appeal to the randomness of Sangenjaya. Wooden buildings from the Showa period rub shoulders with 1960s apartment blocks, while temples and greenery provide pockets of calm. Shabby chic abounds and a charmingly hideous orange skyscraper rises out of the sprawl.

Haruki Murakami’s surrealist novel 1Q84 opens with the heroine clambering down a staircase on the Sangenjaya expressway and crossing over into another dimension. Sangenjaya can have that effect on you, though while Murakami’s alternate universe tends towards menace, Sangenjaya exudes friendliness. Truth being told, Sancha, as it’s known to locals, is one of the only places in central Tokyo where a sense of community can strongly be felt. It’s a popular place to live too; residents are drawn to the creative vibe, fashionable eateries and green spaces, all located a mere 5 minutes from Shibuya on the Den-en-toshi Line. And as Sancha residents are some of the friendliest in Tokyo, they are more than happy to share their secrets with you. 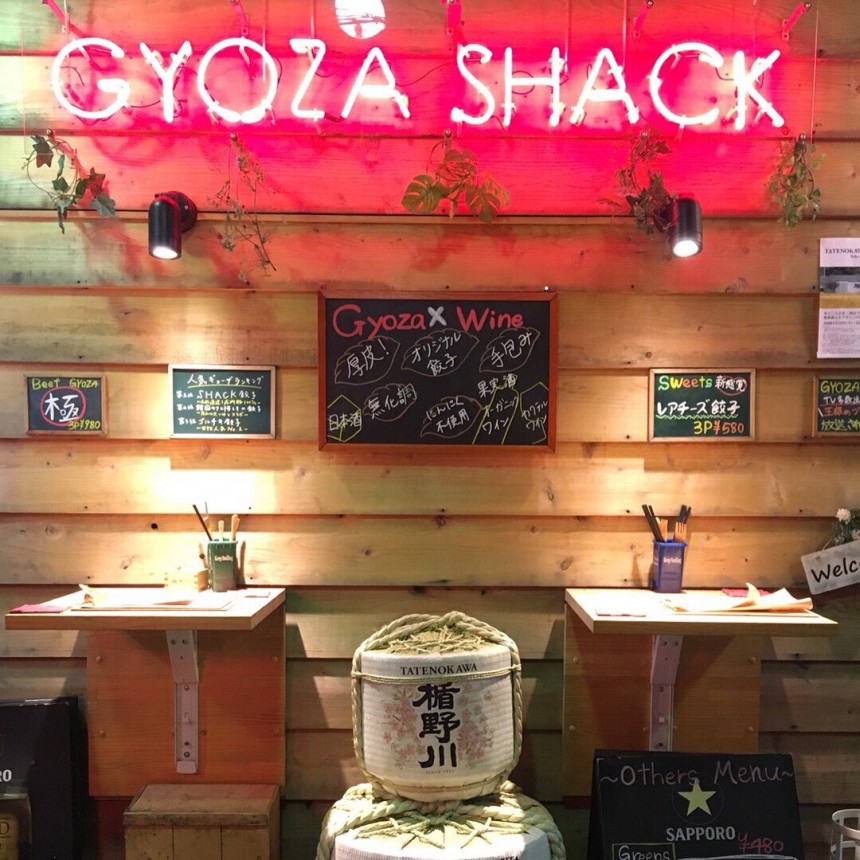 Sangenjaya is one of those places where you can go from lunch to coffee shop to restaurant to bar without getting bored and, crucially, without breaking the bank. Brunch fans will want to start the day at Voi Voi Pancake Mama. The decor has a cute storybook style without verging into saccharine and, equally, the food avoids the sickly sweet trap that befalls many pancake houses in Tokyo. Spicy pancakes and rye based pancakes accompany the usual sweet and savory offering. Watch the crowds on weekends—we showed up at opening time on the dot and still found ourselves having to wait.

At night, lantern-lit back alleys make for atmospheric dining. Two minutes from the station’s North Exit you will find the entrance to sancha sanbangai. With its narrow streets, wooden buildings, eclectic eateries, bars and izakaya, you’ve hit peak Sangenjaya. Sanbangai is one side of the Sangenjaya Triangle Corner, three interconnecting alleys known across Tokyo for a vibe similar to Shinjuku’s Golden Gai. Head to Gyoza Shack for a casual and stylish take on gyoza with a sprinkle of idiosyncrasy. The manager is a trained fragrancier and self-described ‘herb master,’ who takes pride in subtle flavouring. Vegetarians can opt for the cheese and potato variety and anyone looking for something new should try the dessert gyoza. Filling and yet somehow light, the gyoza is well complemented with a glass of organic white wine.

Ride
The Den-en-toshi Line might win in terms of convenience but, frankly, if you don’t ride the Setagaya Line you’re doing Sangenjaya wrong. One of only two streetcars in Tokyo, this adorable little tram has been around since the 1920s. At only 5.1km long and going almost nowhere of note, there’s something deliciously pointless about the whole exercise. The Edwardian-style lights of the station itself make for a rather lovely scene in the evening. In the summer months when yukata and jinbei clad locals ride the line to nearby festivals, you really feel like you’ve gone back to the Taisho period.

View
Tokyo has observation decks a dime a dozen, but Sangenjaya’s Carrot Tower is left-of-center fare. This orange monstrosity was reportedly named by local school children and has shops and offices occupying the lower floors, with restaurants and a viewing platform on the 26th floor. At 124m it’s not Tokyo Tower but has plenty going for it—not least of all, the viewing platform is free and none too crowded. Some delightfully dour curtains drape the top of the windows giving you an anachronistic feeling of viewing the metropolis out of a 1920s parlor room. And yes, if you show up on a clear day you can see Mt Fuji. 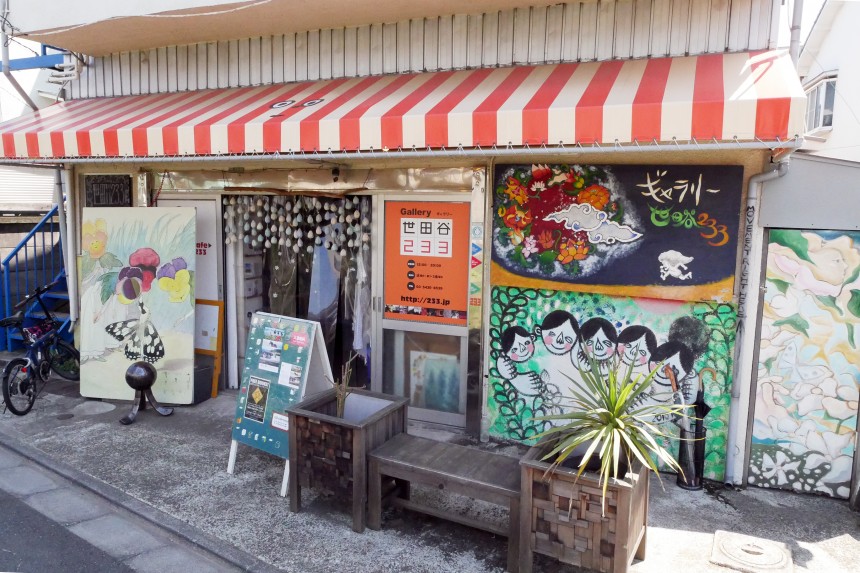 Sangenjaya is a hub for Tokyo creatives and it shows in its wonderfully artsy vibe. Located at the base of Carrot Tower, The Setagaya Public Theatre is Sangenya’s pride and joy. The main theater is a Greek auditorium styled 600-seater and the smaller Theatre Tram is named after the Setagaya Line next door. The programme is diverse and tasteful, from butoh and noh, to dance and French impressionism.

As Tokyo creatives have chosen to make Sangenjaya their home, so too have smaller pockets of creativity sprung up over the area. Walk up the tracks of the Setagaya Line to find Setagaya 233, a kitchy independent gallery/cafe/shop. The small inner gallery tends towards photography and contemporary art and it’s free to enter. In the main room, local artists show and sell their work in 180 cubbyholes, leading to a delightfully eclectic offering for visitors who can peruse and shop with a cup of coffee. If you’re interested in exhibiting, 233 only take 10% and welcome foreigners. 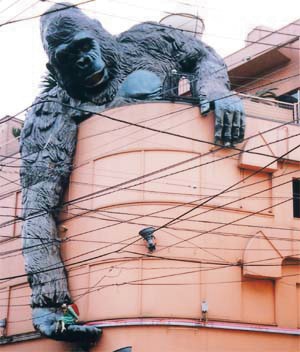 Wander
All this being said, the best way to enjoy Sangenjaya is to wander around with no particular plan. Turn a corner and you will find new little curiosities to delight you—some bizarre architecture choices here, a streetside shrine there. If you wander in the direction of nearby Shimokitazawa you can spot the Sangenjaya King Kong looming over a Family Mart, or you can follow the grassy tracks of the Setagaya Line to the next stop on your urban adventure.