Scratching the Surface: A History of Cat Street

With an area of over 840 square miles (more than six times that if you count the whole capital region) it’s no surprise that Tokyo has its share of secrets. One of its best kept ones is Cat Street, a narrow road which crosses the popular Omotesando Avenue in Shibuya, although the two could not be more different. Unlike its opulent, perpendicular neighbor with its fashion flagship shops, you won’t really find many department stores and luxury retailers on Cat Street. Over the years, the street has instead become a gathering spot for boutiques, cafes, food trucks and hole-in-the-wall eateries. 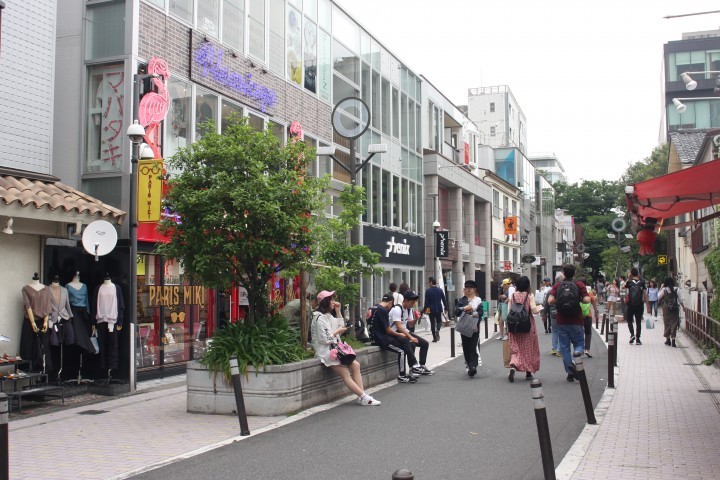 But to the locals, Cat Street is much more than that. I spoke to Ruki Matsumoto, president of Laboratory All Fashion Art and lifelong resident of Cat Street, about the place that he has called home for more than half a century.

“The street got its name,” he explains, “because there used to be a lot of cats living around here. My grandma used to feed some of them. You can’t do that anymore, though. But there really used to be so many of them here …”

That’s actually just one theory about the origin of “Cat Street.” Other possible explanations for the street’s name include the Japanese idiom “as narrow as a cat’s forehead,” which definitely could have been used to describe the area back in the day. Still others say that the name is actually a reference to the 80’s rockabilly band BLACK CATS, which was reportedly formed around Cat Street. 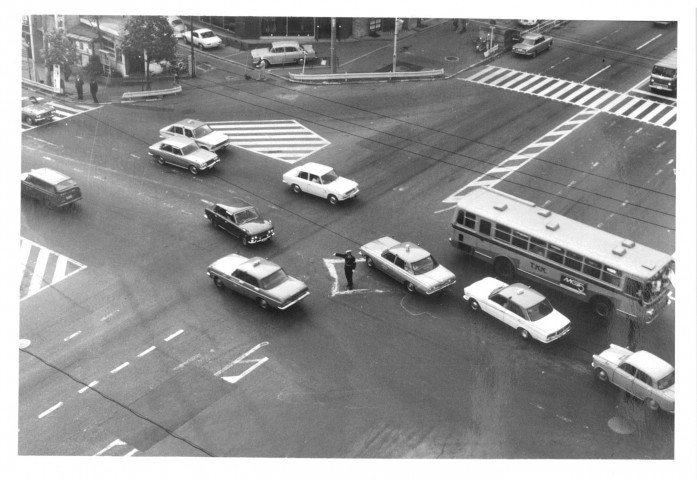 That BLACK CATS theory seems particularly plausible given that this area of Shibuya, especially the nearby Yoyogi Park, has long been ground zero for Japan’s surprising obsession with rockabilly music. The genre, itself a sort of mix of bluegrass and rock and roll, dates back to 1950s America, where it remained somewhat popular until around 1990. That’s about when Japan swooped in to pick up the leather-clad, pompadour-sporting slack. For the last 30 years, the Tokyo Rockabilly Club has been turning Yoyogi Park into a time machine where every Sunday you can enjoy their choreographed pageant of black tank-tops, jackets, and hair coiffed so high up it frankly defies all known laws of physics.

In the end, though, which origin of the name “Cat Street” is the correct one? We may never know, but the mystery is just another part of Cat Street’s charm. 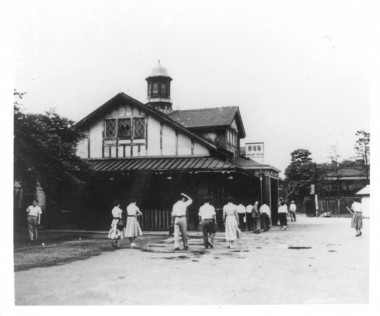 According to legend, in the late 16th century, the Iga ninjas were granted parts of modern Harajuku to serve as their base while they protected the capital. Developed long ago in Iga Province (western Mie Prefecture in central Japan), Iga-ryū was a ninja school legendary for allegedly producing the best spies and assassins in all of Japan. The land they were granted was supposedly their reward for saving the life of Tokugawa Ieyasu, who’d eventually finish the unification of Japan a decade or so later. It’s actually fascinating that Cat Street hasn’t pounced on this legend and cranked out mountains of ninja-related merchandise. 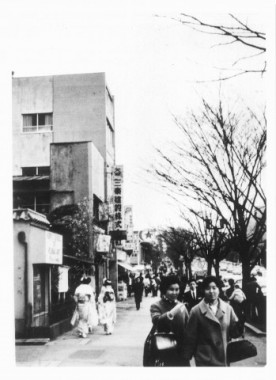 Omotesando in 1967
Photo courtesy of 白根記念渋谷区郷土博物館・文学館

In 1964, in preparation for the Summer Olympics, the city of Tokyo trenched most of the Shibuya River that runs through the center of the capital, turning it into a groundwater channel. The part which goes through Cat Street was then covered up and “Cat Street has remained a promenade since.” Incidentally, 1964 is also when the entire area was once again made part of Japan.

From around the end of World War II, Yoyogi Park, what is now Jinnan, and the neighboring parts of Harajuku were the site of Washington Heights. It was a housing complex for American military personnel and it essentially acted like a small American town located smack in the middle of Tokyo. Washington Heights was fenced off from the rest of the city, and it was self-sufficient with its own schools, churches, and shops, all of which were off-limits to Japanese citizens. That all went away in 1964, though, and now “everyone can take a walk down Cat Street and enjoy the sights,” Matsumoto says. “It really has grown into a beautiful place.”

If Cat Street could be summarized in one word, it’d probably be “change.” In the past, the entire area was known mainly as an insignificant Shibuya back alley with a few street fashion shops and dilapidated structures. Back then, Cat Street mainly had a lot of playground equipment, dagashi [cheap Japanese candy] shops, and clothing stores. There aren’t a lot of those left around there, though. Now it’s a thriving shopping district, but the street’s evolution has come with a hefty price tag. With the advent of specialized shops and brand stores coming into the neighborhood, some locals are finding themselves priced out of the area.

Still, it doesn’t mean that Cat Street has gone entirely commercial. For every restaurant with a line stretching around the block or a genuine haberdashery (of which I counted four last time), there is a tiny grocer, a small private house or a fancy art gallery, all crammed together on the main Cat Street and some of its many back alleys. The diversity can be seen in the people walking along the promenade—little children, foreigners with hipster beards and tattoo sleeves, local octogenarians, or fashionistas in bowler hats. Venture a little farther down some of the smaller streets connecting to the main road, and you will also see blue-collar workers, punk kids and graffiti artists looking for a blank wall to tag, which in the narrow world of Cat Street are becoming scarcer and scarcer. 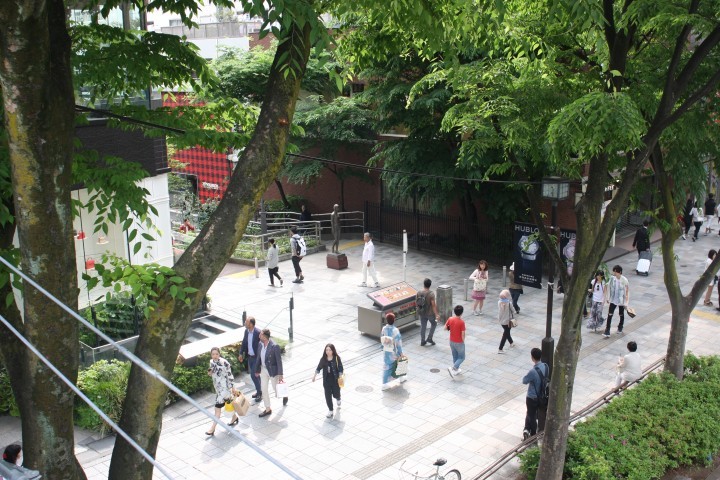 “It’s true that as more people flock here, the rents will become higher and some of the locals might be forced to move,” Matsumoto admits. “But change is inevitable. It’s the natural order of things. Of course, the locals should be the priority, but however Cat Street may change, to me it will always remain a gentle, wonderful place.”

In short, Cat Street exemplifies change … while also staying the same? This may seem a tad confusing, but it’s also the very essence of fashion, which is a huge part of Cat Street’s identity.

By definition, fashion is constantly changing. It’s basically a verb. It adapts, it challenges (and in many cases it goes far beyond clothing), though it always retains some key elements of its core identity. That, in a nutshell, is the spirit of Cat Street, at least according to Matsumoto. 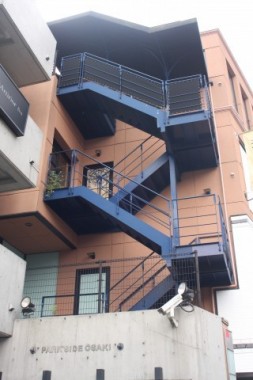 “Fashion means change. So by reinventing itself, Cat Street continues to embody the idea of fashion … Fashion isn’t just clothes. It’s like, everyone likes art, right? Or the sight of beautiful flowers blooming. All of those things, seeing beauty in everything, that is fashion.

“Fashion and change are everywhere in our everyday lives. It may be a little scary but it’s exciting to think how Cat Street or any other place will look like in the future. So, no, I don’t worry about what will become of Cat Street,” Matsumoto says.

If you look at it his way, the whole of Cat Street is something of a fashion product, always changing, always evolving, but always remaining unmistakably itself. You can walk through the area one day, come back a month later, and find that it has completely changed, with what was once, say, a small streetwear retailer now being an artisanal donut shop. You never really know what to expect from this place. If the area had an official mascot, it probably would be the multicolored, shapeshifting but unmistakeable Cheshire Cat from Alice in Wonderland. Or perhaps a ninja.

“In my heart, Cat Street, with its people, shops, and river running underneath it, will always come out on top. There aren’t many places like it in the world,” Matsumoto muses.

“I want people to say: ‘Today is such a nice day. Let’s all walk down Cat Street’ … If Cat Street continues to be a place where you can relax and take a leisure walk, then I’ll be happy.” 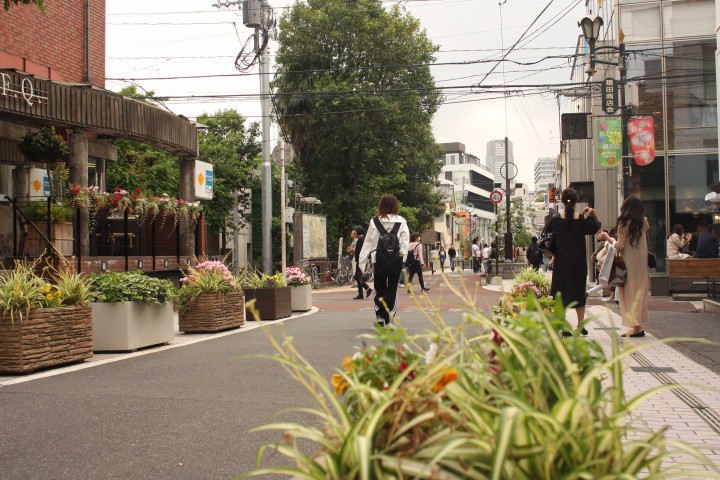