Shintaro Sakamoto is finally back. A lot has changed since Sakamoto released his previous album, Love If Possible, in 2016: the launch of Spotify Japan, the global pandemic and Sakamoto himself marking his 50th lap around the sun in 2017, to name a few. Sakamoto, one of Japan’s artistic living legends, is under no illusions as to the state of the world right now, but the Osaka-born musician keeps his head up and tries to avoid letting negativity take over. This month, his fourth solo album, Like A Fable — a vibrant, optimistic work — comes at what feels like a crucial time in our lives. According to Sakamoto, his aim was to create an uplifting album that fans could truly get excited about.

Some will recognize Sakamoto as the guitarist for renowned psychedelic rock band Yura Yura Teikoku, while others may know him only as a solo artist who has continuously scored about 8.0 on Pitchfork’s album reviews. However, neither of these accolades matter to him. “Even if you wrote great music in the past, there’s no point if you end up being lame today,” says Sakamoto. While it might be understandable for Sakamoto to rest on his laurels after such an enviable career, the achievements of his past aren’t relevant to him in the present. Instead, he’s looking ahead and giving everything he has to every moment. 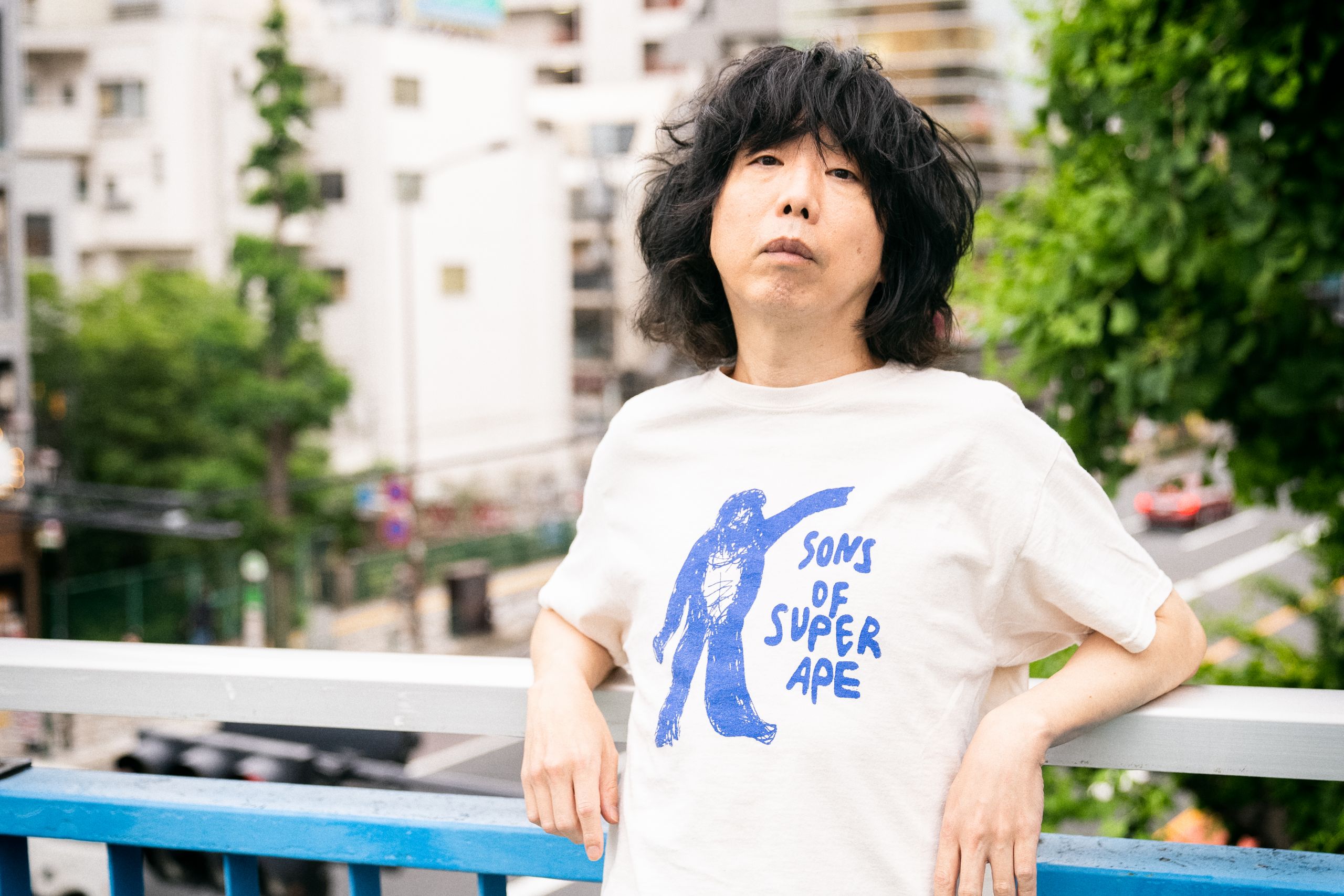 While much of Japan’s golden era of music can now only be appreciated retrospectively, it seems like fans still have much to enjoy from Sakamoto as an active artist. The news of his latest album brings fans joy and excitement, and they look forward to his live shows while listening to his work. It’s an ongoing process, and no exaggeration to say we’re privileged to appreciate his music today.

Upon releasing the new album “Like A Fable,” Metropolis spoke to Sakamoto about the album, his method of songwriting and his philosophy as a decades-running musician.

Metropolis: On the lead track, “Like A Fable,” it seems like Kamishibai is a metaphor for nostalgia. Is this song appreciating the good old days?

Shintaro Sakamoto: To be honest, I don’t really want to talk about that or be an old man who sighs about the current world. That said, this song has an evocative element to some extent, but “past is better than the present” isn’t the main subject. So instead, I intended to sing something more uplifting.

M: “You Have Time But I Don’t” and” Sad Errand” stand out to me. Surf rock-esque and catchy songs to dance to. What was it like to write those songs?

SS: These songs are quite new types of songs I didn’t write for the previous albums. Actually, I could picture the whole image of the album when I wrote these two songs. So I think they are probably a feature of this one. The lyrics are actually not very optimistic. I wish I could write something simpler and silly, but that was as far as I could go. I still like how these songs turned out, though.

M: What do you mean by silly?

SS: For me, meaningless and silly are the adjectives I’m aiming for when songwriting. It would be easy to make purely meaningless songs, but not so easy to create songs without meaning that still match the mood of the current world. It’s inevitable to reflect the vibe of the society in which we all live.

M: This is the first album in six years. Could you tell us the theme for it?

SS: If anything, it would be uplifting, something we can feel excited about while the world is dark and uncertain. It feels like things are getting worse every year, and I can’t cope with negativity veiling our society. So singing to sorrow is not the way anymore. That’s why I intentionally tried to make something positive. Otherwise, the album would end up really dark and heavy [laughs]. 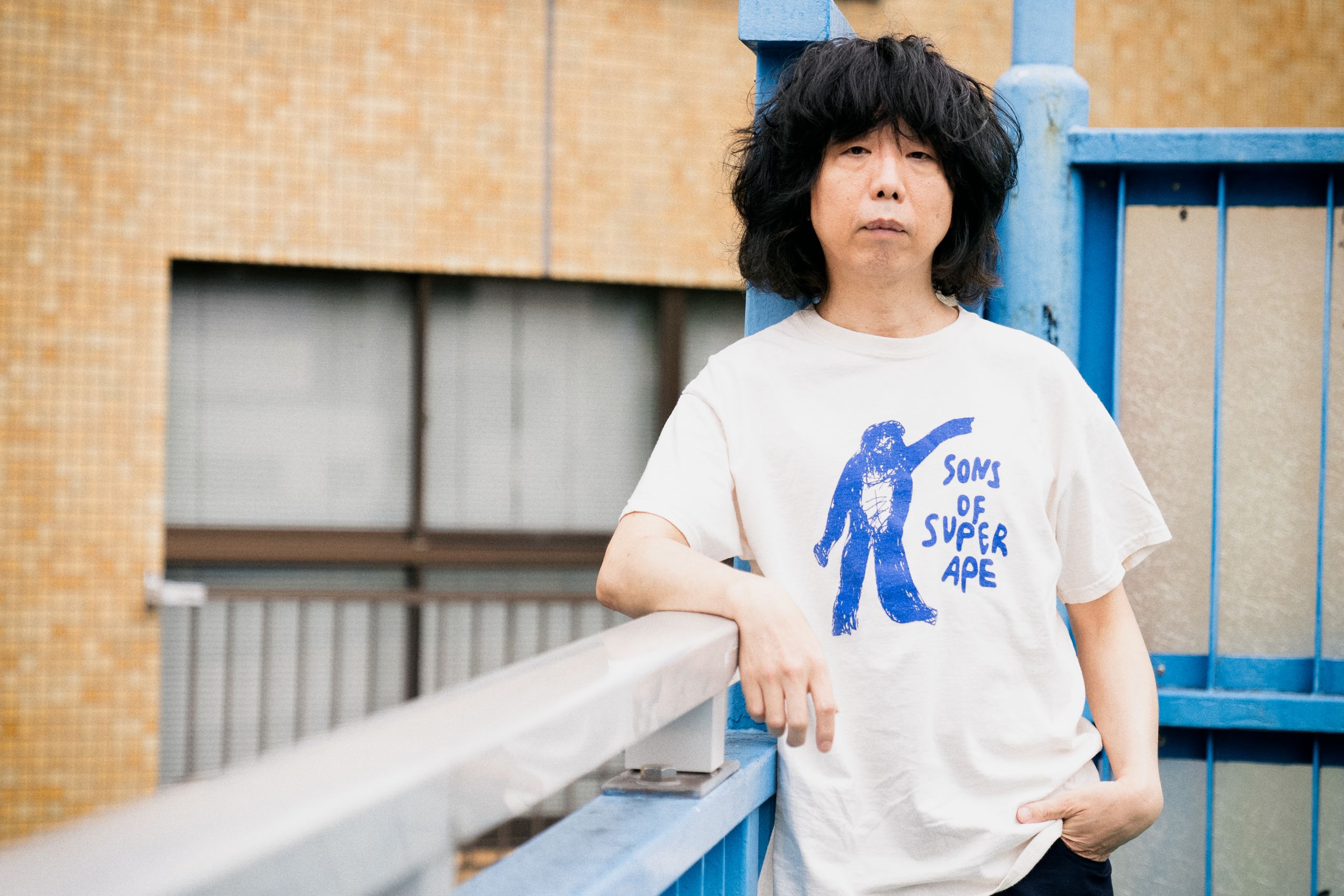 M: Many things happened over the past six years. What was it like working on this album?

SS: Real creative output comes to you. It’s not something you can explore to find. Or, it’s boring when everything strangely makes too much sense. So, I step back and do something else when I get stuck working. I always try not to think about it too much. I often go for a walk when my creativity doesn’t spark—walking on a tiny winding street while humming the melody. Sometimes, good lyrics come to my mind. I walk while waiting for the moment to happen and, of course, for exercise, too [laughs].

M: You often talk about lyrics in interviews. Anything else that matters equally to you when producing music?

SS: I think it’s death. Again, this album could have been really dark if all the songs were about death. For me, death is a lifetime subject I’ve been tackling from different angles. I believe it’s possible to talk about death optimistically, like without being serious about it.

M: What makes death so fascinating to you?

SS: Because it’s absolutely real. That happens to all of us. There’s so much about deaths we don’t know yet. My thoughts on death are changing, too, as I’m getting older. On top of that, more than a few people around me have passed away by now. Every day, I’m also getting closer to the day I die. So even if I don’t directly mention death in my songs, fans can find those elements everywhere in my music.

M: ゆらゆら帝国 (Yura Yura Teikoku) broke up more than a decade ago but still has a great impact on the Japanese music scene. Even younger generations, born after the band’s breakup, love ゆら帝 (Yuratei) today. How do you feel about that?

SS: It doesn’t feel like it was my band or I wrote all those songs even when listening to Yuratei songs. Watching videos of my younger self performing in Yuratei makes me doubt I was doing it. It feels like a completely different life.

Thanks to the internet and subscriptions, teenagers find my music today. It was definitely not a thing before. When I was in my twenties, I looked down on old musicians because their music was old and lame. I believed my role as a young musician was to update that. However, old and new can coexist today, and even old songs could go viral on the internet.

M: Are there any challenges to continuing producing music for years?

SS: Every time I produce an album, I aim to surpass the previous ones. But it doesn’t necessarily mean chasing the trend and having it in my music so that I can make albums people are likely to enjoy. Instead, what I’m doing is pursuing music I like. So throughout my career, I’ve been exploring music that I love, made albums with it, and putting them out there. And luckily, I’m still here today.

M: Shintaro Sakamoto is a living legend artist whom we’re excited for today. Fans get hyped about the news of new albums and can spend weeks or months excited for your new albums to be released. It’s an ongoing process, unlike the city pop boom, a legacy we can only look back on.

SS: Even if you wrote great music in the past that built your name today, there’s no point if you end up being lame now. Legacy doesn’t prove what you are today. But the music you make today does. 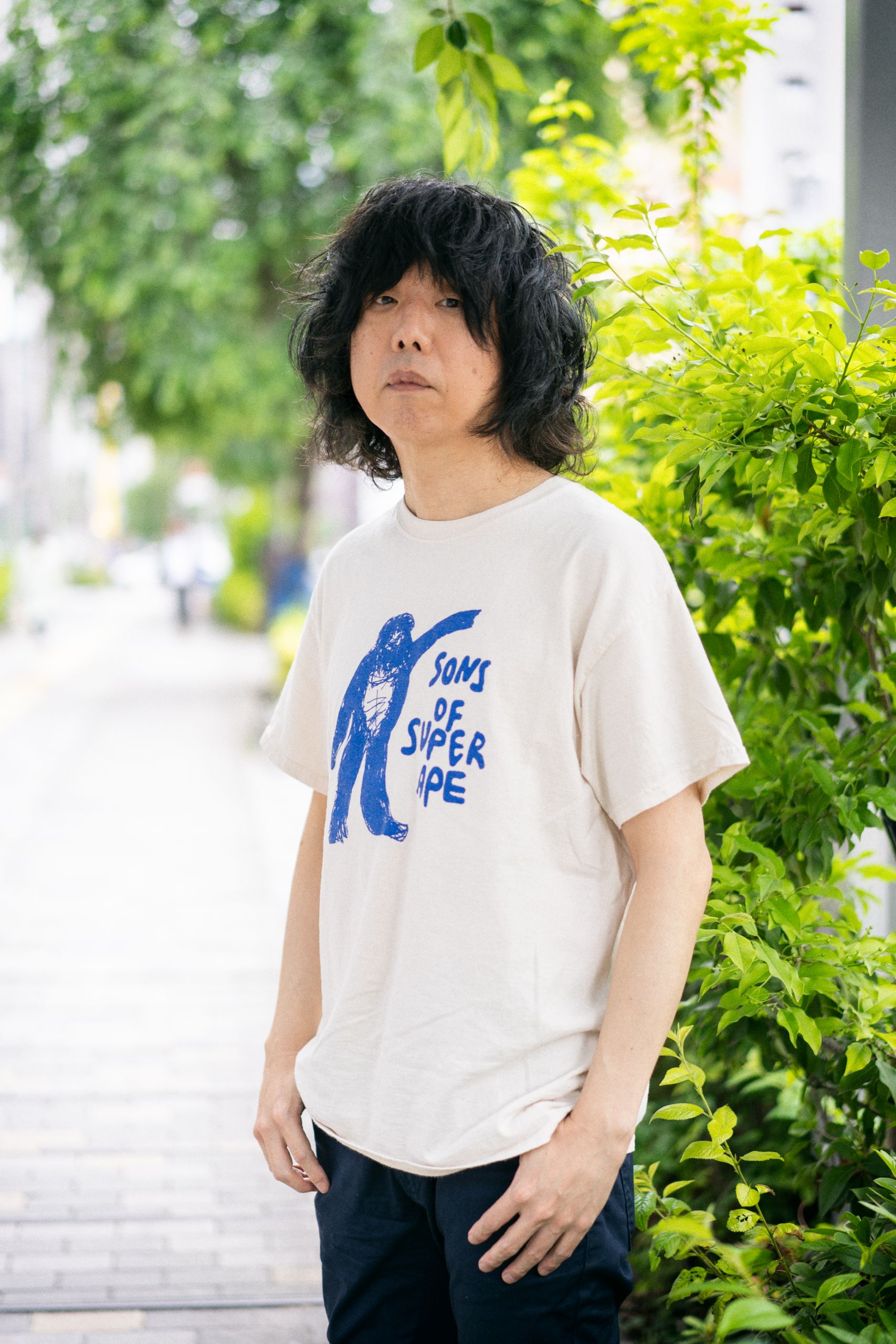