Discover history in the dark

Unlike Kyoto, Tokyo is not known for its plethora of ancient temples. You have to travel out to Kamakura for an equivalent historical experience. But for what Tokyo lacks in quantity, it compensates with a jewel of a temple tucked away here and there. Case in point: Tamagawa Daishi Temple, also known as “Gyokushin Mitsuin.”

Judging by its facade, you’d think it’s one of the ordinary neighborhood temples. Yet beneath its tatami flooring lies a 100-meter-long hidden tunnel that represents the intestines of Dainichi Nyorai, the embodiment of the Buddhist concept of emptiness. Built in 1925, this tunnel is accessible to the general public—but be forewarned: it’s not for the easily spooked. 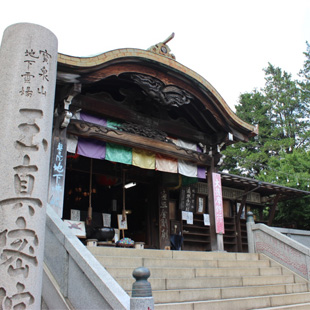 The temple grounds are simple, just a few rows of smiling dolls and a colorful stack of incense sticks at the entrance. Once you remove your shoes and step inside the temple, a staff member leads you to the tunnel entrance. A small fee (¥100) is collected in a box, and visitors are asked to wear a pair of provided Crocs. Pictures are strictly prohibited, both in the temple and tunnel beneath. In fact, you are encouraged to leave cameras and phones behind with the staff, allowing all visitors to enjoy the experience in thoughtful silence.

After plunging down into the tunnel—the intestines—via a staircase, the tunnel immediately curves into total darkness. Keep your right hand against the wall to guide you along as you cautiously snake left and right. (Try to find the hidden lock for good luck!) The first passageway is thankfully short, allowing you to work up a bit of courage for round two: an endless section that would disturb even the bravest of souls. Try not to imagine your hand accidentally brushing up against something else besides the cold stone wall. 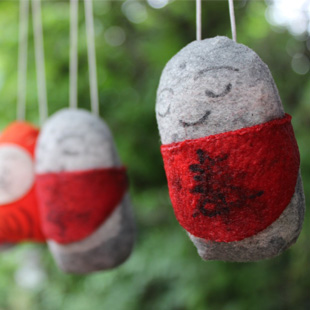 If you can still your fluttering heart in the dead silence and reach enlightenment—the light at the end of the tunnel—then you’re rewarded with three candlelit chambers full of statues. Incense burn constantly, shrouding the rooms in fog. One chamber contains 88 statues facing the tunnel, representing the 88 temples found on the renowned Shikoku pilgrimage. Locate the statue which corresponds with your age and say hello or offer a small coin for luck. (Note: the numbers are written in kanji, so ask a staff member for help before going into the tunnel.) The other chambers consist of mini Kannon, the goddess of mercy, as well as a giant Buddha. Make sure to hit the gong on the way out, to symbolize the completion of your journey!

Though the temple is a bit far from downtown Tokyo, it can easily be incorporated with a day trip to the Setagaya area. That is, if you have the guts—pun intended.