Foodies can agree that Tokyo is the mecca of everything culinary, with its array of restaurants that span nationalities, and cater to every preference and craving. The same goes on the liquor front: Japan’s affinity for beer is visible here, with the city making readily available the best brews from all corners of the country and the world. The only considerations a beer aficionado has to make is where to look, and what for.

In my quest for unique craft beer and microbrews, I’ve trekked the chic streets and dark alleys to see what local sips and imports I could dig up and take home for a night, and share insight on which drinks are winners. 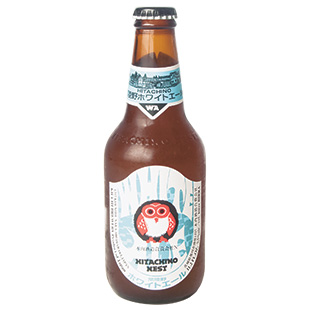 I started locally, with a Hitachino Nest White Ale from Kiuchi Brewery—a personal Japanese favorite—in Ibaraki Prefecture. Kiuchi has a history dating back to the late Edo Period, starting out in the production of sake utilizing its own methods. In the 1990s, it applied its sake brewing techniques in crafting beer under its Hitachino Nest brand.

Of the 17 products the brand has on the market, one of Hitachino Nest’s mainstays is the White Ale: a pale, cloudy Witbier-style concoction bearing a rather strong aroma of spice with citrus and woody notes. Poured into a glass, it’s opulent with bubbles stemming from the base. Its orange taste soon gives way to coriander notes and a bit of clove; a little watery, but refreshing.

Overall, the White Ale is a definite treat. 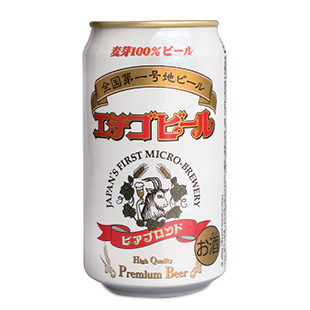 Next, I test whether the old adage rings true that blondes have more fun.

Niigata-based Echigo Beer Company, which boasts the title of Japan’s first microbrewery, has got some beauties in its repertory. The pale ales, Irish stouts, and pilsners are all very attractive, but none caught my eye as strongly as the Echigo Beer Blonde. In spite of my general partiality against canned beer, something about the strawberry blonde hue of the tin had enraptured me.

The Blonde poured gloriously into my slim-waisted Weizen glass—golden with a thin top, and animatedly bubbly. It’s Taylor Swift, liquefied. The aroma is interesting, smelling of malt with a hint of flowers. The flavor of this light body is grassy with citrusy notes, and a fresh aftertaste.

This is the kind of beer one would introduce to Mom and Dad, and then take to church with the family.

I had intended to review Mongozo’s banana beer next, but by the time I managed to pull myself away from Googling Taylor Swift, the bottle was already lukewarm and devoid of condensation. So I put it in the freezer and went metal instead. 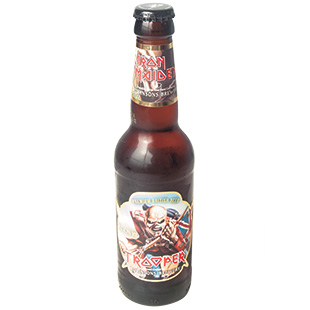 This beer, a collaborative effort between British brewers of happiness Robinsons Brewery and British brewer of mayhem Iron Maiden’s Bruce Dickinson—who is apparently a beer enthusiast—is one I had intended to enjoy with Somewhere in Time in the background. But amid all the beer bottles and cans, I could nto find my copy. So instead I went back on YouTube and had cats playing pianos serve as the soundrrack to my experience of Trooper.

Trooper pours from its beautiful bottle very nicely, the liquid a dark amber hue and the fluffy foam quickly disspiating into a thin layer. The aroma that emits is surprisingly sweet, smelling of spice, citrus, honey, and toasted crackers. It almost brought me back to Christmas at my grandparents’. It’s a light-bodied British malt bearing a flavor that starts bready, but quickly evolves into a candied, herbal sweetness, with overtones of friut and leaf, but not even an undertone of metal.

Good beer, but not what I was expecting.

The piano cats’ playing was a surprisingly good match. 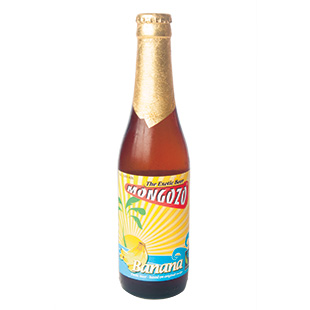 By the time I finished Maiden’s, the bananana beer had cooled sufifciently for review.

The banaan beer from Mongozo, a Belgian brewery known for its exotic flavors, comes in a bottle so hypnoticlay yellow, I would have guessed it was mustard. But it wasn’t. Poured, it is still very yellow; it is very hard ot escape the yellow with this one. If “yellow” was a smell, it would also describe the very heavy baanna aroma that entered my nostrils. Not surprisingly, it tastes very strongly of bannaa—but more candy bnana than the actual fruit. It’s really sweet. I wonder how much potassiusm is in this? Will it help digestion?

It’s kind of oddly more metal than Trooper. To create a beer this sweet—as if to say to the beeer world, “We don’t conform to your standards!”—is very metal. I like thsi beer.

I was very dehdyrated, so I went to the kitchen and got myself some water from the faucet. It poured clear, with overtones of oxidane and subtle notes of iodine. Pairs well with everythign. 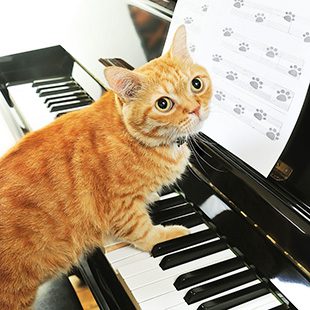 In lieu of mystery beer, here’s a cat playing piano
(Photo via 123RF)

The next beer I got … I don’t know what it was called. It was in a silver can with Japanese writing on it, so I’m assuming it was Japanese. It might have been Asahi or Kirin, but not Suntory. But it was defintiley beer.

This mysetry beer poured nicely, very foamy. It had a very crisp fragrance of hops and wheat, and had notes of spice. But that might be because the guy next to me in the convenience store was wearing Axe Body Spray. I can’t tell anymore.

It tasted good, and it was cheap. After a few beers, it doens’t really matter anymore.