Learning the art of stealth

Would you like to move around undetected? Are you prepared to acquaint yourself with darkness and make shadows your greatest ally?

If you answered “yes” to any of these questions—and you’re not currently stroking a photograph of your ex—you might consider the path of the ninja. And for those who thought that the ancient teachings of this stealth warrior had all but died out, fear not: Metropolis is here to show you the way. 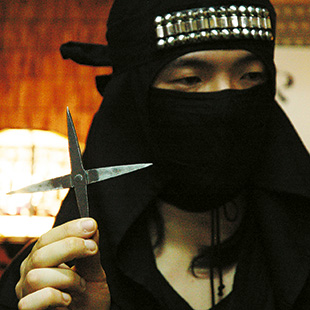 Located in Tokyo’s northern Tabata area, Jidai Academy is one of the few ninjutsu dojos in Japan with strong family ninja origins. According to Kiyomi Vanessa Shibata, founder of Jidai and the representative of the Musashi clan, it wasn’t until around a decade ago that she learned the full extent of her ninja heritage. Her notable ancestors included her great grandfather, Shibata Sadataro Takenaka, who was active during the late Edo Period as the Commissioner of Foreign Affairs in the Tokugawa shogunate. In other words, he was Japan’s head ninja spy.

Today, Jidai draws on its rich family heritage and historical insights into ninjutsu with various training options. And, according to Narashino Seiryukutz, a top division ninja and trainer at Jidai, anyone can learn.

“Sometimes we have families with small children, and sometimes we have people from, for example, the Russian Special Forces. Anybody can take [a] lesson,” said Seiryukutz. 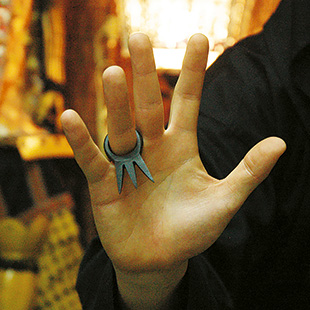 According to Seiryukutz, the first step toward becoming a ninja is to learn to walk quietly. It’s thought that even from the early days of the ninja—who are said to have emerged around the 14th century in Iga province, today part of Mie Prefecture—moving undetected was crucial for espionage. Early ninjas developed a system of moving undetected by stepping on their hands, which supposedly mutes footsteps, even on coarse straw matting. At Jidai, Seiryukutz is even able to jump and land without making a sound, a technique he claims has taken years to perfect.

Once you’ve perfected walking, it’s important for a ninja to keep in motion. “Even when you stop, your mind and spirit must keep moving,” Seiryukutz added.

Next comes weapon training. Jidai’s combat tools, which are all handmade specially for members of the Musashi clan, are all real and lethal. Among the arsenal are shuko gloves, which are spiked tiger claws used for climbing walls and, well, clawing your enemy. Similarly, the kakute is a ring that appears to be normal until its deadly inner spikes are revealed from inside the palm. There’s also the deadly and deceptive shikomi, a nefarious kokeshi doll that has a blade concealed in its belly. And, of course, Jidai has plenty of shiho shuriken (ninja stars) to play with.

Courses in either English or Japanese last between 1.5 and 4 hours (¥12,000-30,000) and can be taken by people of any age, shape, or size. As well as a great experience, Jidai students also leave with insights into one of ninjutsu’s most important teachings: a crucial path toward achieving a meditative state known as the Status of Ku. This is the final lesson that every ninja must learn so they can become truly undetected. For it’s said that a ninja’s greatest weapon is not the one that he carries in hand, but rather the ability to make his hand appear to have never existed at all—to live in shadows.