If one is a well-brought-up liberal millennial, there are certain things one just doesn’t do. I came to Japan with zero knowledge of Japanese traditional dress but fluent in social justice truisms, confident that I would never be one of those awful white people who wear yukata or kimono. Years of Japanese friends telling me to do just that wore me down, and luckily enough I had one of Tokyo’s promising young fashion researchers to help me put it on. 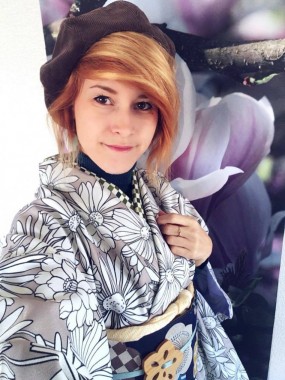 Saskia Thoelen is working towards her PhD at Bunka Gakuen University. She researches kimono and wears it on days out, looking fantastic. When we were out wearing yukata together, multiple Japanese ladies complimented us. This reaction is not uncommon for Thoelen, “Most people are glad that, I, as a foreign person am interested in their culture. I also get comments like, ‘You know so much more about Japan than us!’ But to be honest, if they came to Belgium and studied Belgian history and culture, they would know more about my culture than I do.”

Trying on a yukata led me to examine why I was uncomfortable about wearing Japanese dress. I realized my squeamishness was linked to a conception of kimono as something revered and ancient. This view is common: many of the articles online criticizing the wearing of kimono by non-Japanese describe it as traditional and very formal and, more worryingly, seem to equate wearing kimono with the hyper-traditional geisha. If it turned out that kimono and yukata weren’t formal and hyper-traditional but rather a fashion garment with a long history of creative adaptation then would I feel less uncomfortable? I spoke to three kimono experts on the history of kimono, who can wear it and why they love it.

Molded by our clothes

“For me, the appeal of kimono, aside from the beauty of the cloth or the fashion elements, is the story each kimono holds,” says Kumiko Ishioka, a researcher for The Kimono Closet, which exhibits the kimono wardrobes of 50 Japanese women online. Much of Ishioka’s work makes kimono more accessible; she holds dressing classes, teaches dying techniques and trains shopping interpreters so Japanese ability is not a barrier to buying a kimono of your own. “I want people to view kimono as just another item of their wardrobe which they can enjoy wearing. Even Japanese people view kimono as something difficult or too much effort, and tend to avoid it.” 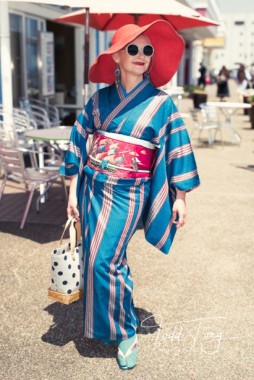 Ishioka’s collaborator on The Kimono Closet is Dr. Sheila Cliffe, who has been studying kimono for 25 years. In her groundbreaking book The Social Life of Kimono, Cliffe challenges the perception of kimono as a rigid, unchanging national costume, instead presenting it as a fashion garment and vehicle for self-expression. Known for her aesthetic as well as academic excellence, Cliffe wears kimono every day. Does she think that wearing her research topic deepens her understanding as a fashion scholar? “We are all molded by our clothes. They assert some power over us. Frequent wearing is necessary to be able to physically recreate the images in your mind. Of course, I just love to wear it too.”

While Cliffe and Thoelen’s choice to wear kimono comes from a place of intellectual curiosity and love, images of white women in kimono frequently draw criticism. If clothes have power, as Cliffe says, then who can wield this power is an important consideration. In 2015, protests at the Boston Museum of Fine Art sparked debate on whether the wearing of kimono by non-Japanese people is cultural appropriation. An exhibition, “‘Kimono Wednesdays,”’ in which visitors could try on a kimono, was cancelled after protesters complained the event propagated racial stereotypes.

Ishioka appreciates the good intentions behind these cultural appropriation concerns. “I am thankful that this way of thinking respects Japanese culture.” Ultimately though, the wearing of kimono by non-Japanese doesn’t bother her. “It’s simple. If someone who doesn’t know anything about your culture or its backgrounds says ‘Wow, that’s so pretty, I’d like to try wearing it,’ then how can that make you anything but happy?”

It has been said that it is acceptable for non-Japanese to wear kimono if it is “worn correctly,” but Thoelen and Cliffe share a skepticism on this notion of proper kimono etiquette. “These rules only date back to the twentieth century, when kimono dressing schools made stricter and stricter rules so people would need lessons,” Thoelen explains. Indeed, through examining sources from the Heian period to the present, in The Social Life of Kimono, Cliffe concluded that, “The ‘iconic unchanging garment’ that Western fashion theorists have spoken about simply doesn’t exist. It has always been changing.” She recently collaborated with stylist Akira Times on Kimono Times, a 144-page “mook” containing neo-pop images of ordinary people in kimono. Cliffe believes that part of the value of the work lies in its accessibility. “Akira’s book is very significant because the kimono are ordinary,” she tells us. “They demonstrate that it is possible to be beautiful and sophisticated looking without spending a fortune, and that kimono can be fun and pop, too.”

The historical precedent of adaptation is why the “correctness” arguments don’t stand up for Thoelen. When wearing kimono, she plays with the “blend of west and east, much like people were doing in the Taisho period. They would wear kimono but with a Western hat or gloves.” So she’s not worried about cultural appropriation at all? “It’s not problematic because it’s just everyday dress.” 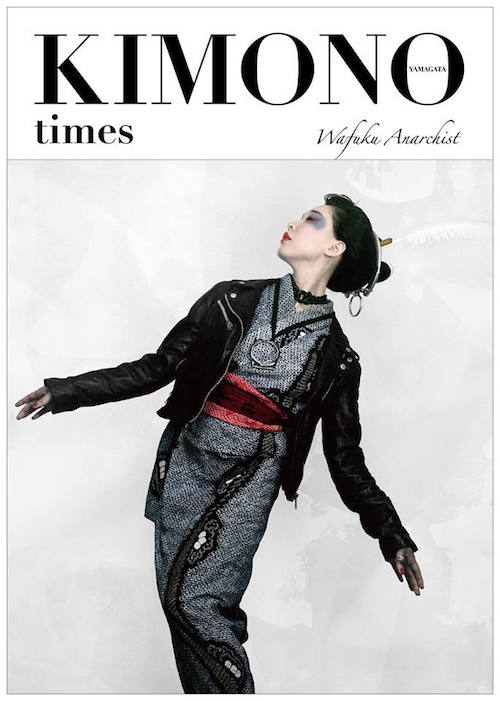 What about the argument that it’s only ok for non-Japanese to wear kimono in Japan? Would she wear kimono back home? “I would want to but I know that I would be stared at. I actually went to a Japanese garden in Belgium with my Mum, wearing yukata, and we got stared at.”

Cliffe also sees location as a non-issue. “I don’t know if there are places where a non-Japanese should not wear a kimono. I cannot think of any. I think that possibly how the garment is worn is more of an issue. I hated to see some pop superstar walking up some steps on the way to the gym, with a kimono trailing on the ground behind her.” 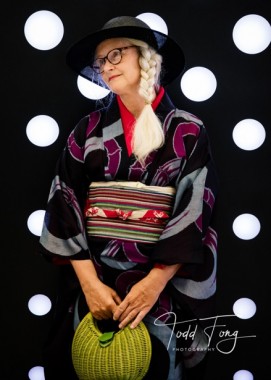 The women seem to agree on the most important consideration for wearing kimono: respect for its past and present. “Kimono can help us connect with the past,” says Ishioka. “Each kimono has a story that can be passed down.”

“You should know at least a bit about the history and culture,” says Thoelen. “You shouldn’t wear it as a fad, a costume or because you want to be exotic.” Respect and knowledge then, outweighs race and ethnicity when considering who can wear kimono, and the three women have these qualities in abundance. They paint a picture of kimono as a fashion that is vibrant, creative and very much alive. “There are a lot of new and interesting fashionable brands out there,” concludes Cliffe. “The industry is very diverse right now.”