The Cult of Silver

Japan’s untold history behind the bling

Silver jewelry may be everywhere in the world, with most cultures finding some way to bend, smelt, or carve the precious metal into some form to adorn the body—mainly because it looks cool. Ironically, Japan as a country has very little history of silver jewelry, despite it being one of the few precious metals the country is—or was—rich in. Apart from usages in tobacco pouches, kanzashi, and beads, the material stayed far from the body. There were few usages for jewelry such as rings, necklaces, and bracelets until the Meiji Period, when the proverbial floodgates opened. 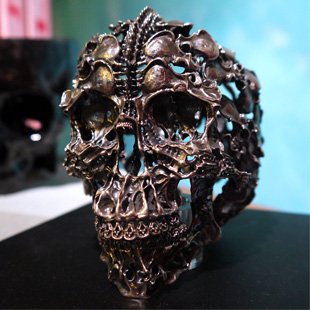 Japan made up for lost time to become the leader in silver jewelry worldwide, particularly for men’s accessories. A staggering number of publications are released on a regular basis, with titles as unambiguous as Silver Accessory Style and Street Accessories. Despite some of the popular labels coming from abroad, the lion’s share of the market is made up of domestic brands; and honestly, many of the international brands enjoy very minor niche status at best in their own country, with the bulk of the sales in Japan.

So how did Japan become such a mecca for silver jewelry? For that, you have to rewind to the legend of Goro Takahashi, now regrettably not with us. Born in 1939 in Tokyo, he entered cultural consciousness in post-war occupied Japan, enchanted by the Native American designs that the American soldiers brought with them. At the age of 16, he received leather-working tools from an American soldier and quickly set about building a business for himself in the Ameyoko area of Ueno. His love for leatherwork took him, in time, to America to see actual Native American jewelry, and to learn the craft for himself from various tribes. Takahashi became particularly close to the Lakota tribe, and was the first non-Lakota person to take part in the “Sun Dance” ritual. He therefore received the title “Yellow Eagle” — the eagle being the bird of the east, and yellow the color of the east on the medicine wheel.

Returning to Japan in the 1970s, he found not only a growing demand for imported American silver jewelry, but also the market for his own. In 1972, he moved his shop to the same spot on Omotesando-dori where it still stands today. He became the first officially sanctioned Native American-style silversmith on Japanese soil, and brought home the business spirit he learned from his time in America. Even as Japan entered its economic boom years, he refused to mass-produce his work, selling direct to customers, only allowing five customers into the shop at a time, and even refusing to sell an item if either he or his staff thought it didn’t match the individual. 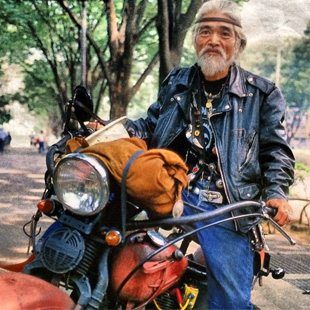 In Harajuku, silver jewelry started to spread like wildfire with customers who couldn’t wait to queue up outside for the chance to buy a single bead, fueling the fire for Native American silver jewelry. By the mid 1980s, it was the bikers’ turn to take center stage, with American-based designers such as Bill Wall and Nagy Gabor storming the market with crude chiseled masculine designs that continue to be cult collectables to this very day.

However, it was Richard Starks’ Los Angeles-based Chrome Hearts in the 1990s that was next to capture the general public’s imagination, with a luxury gothic aesthetic that remains a Harajuku mainstay. It was designer Rei Kawakubo of Comme des Garcons who originally gave Chrome Hearts its start in Japan, selling the work in her Aoyama flagship before it became the toast of Tokyo, not just among the fashion elite and the rock stars who could afford the real deal, but traded second-hand on the backstreets of Harajuku and faked for high-school kids on Takeshita-dori. 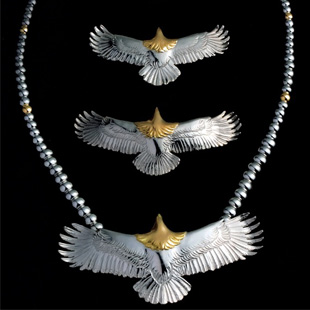 It was the generation raised on the ubiquity of Chrome Hearts who are the real heroes to pick up the mantle of Goro, who, like the legend himself, were not content to just enjoy what was coming out of America, but were inspired to remake it in their own image. As the ’90s blurred into the ’00s, more and more character began to come out of Japan’s domestic scene, with brands like Wolfman BRS, who started working closely in Chrome Hearts’ shadow, standing tall as equals with their own distinct character.

Now, shops like Harajuku’s Silver Shield, Gintoki, and Bizarre are home to the domestic scene. The back pages of various silver magazines are teeming with listings of shops all over Tokyo, such as Ikebukuro’s Black Barts and Koenji’s Emerge, which stock only brands from Japan. Tastes at the moment have taken a turn towards traditional Japanese imagery, but futuristic designs seem to be the frontier unexplored, with Wagaraku and Glam Scale in particular capturing the mood of the moment with mechanical designs that look as good with a suit as with jeans.