The Tokyo International Players’ upcoming production of The Language Archive poses an interesting question: How do you say love? The acclaimed play by Los Angeles playwright Julia Cho explores the ostensibly simple yet sometimes painfully complex nature of communication. The story finds a language archivist—a master of several tongues—watching his marriage crumble as a result of his inability to express his love to his wife. Metropolis talks to Brian Berdanier, director of The Language Archive, which is performed for the first time ever in Japan this February.

Please tell us a bit about yourself.

I am a teacher, actor, and director originally from the lush and lovely Rogue Valley of southern Oregon, USA, but have spent most of my adult life abroad, mostly in Japan, with multiple stints in France for grad school. 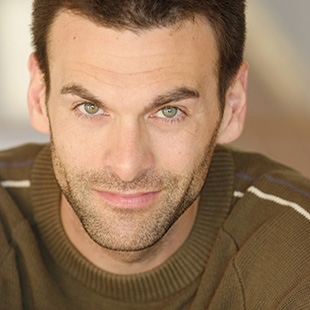 How did you get involved with theater?

I somehow stumbled into a musical theater troupe in high school, which I absolutely loved. It was a typical case of theater becoming the “safe space” for a gangly, effeminate boy who hated sports. In university I studied classical voice, and for a while thought I was going to be an opera singer … but I lacked discipline. Fortunately, opera turned me on to foreign languages and literature, which have now become a day job that allows plenty of time for me to scratch my lingering theatrical itch as a performer and director.

What about The Language Archive drew you to directing it?

I’m a huge fan of Julia Cho’s writing and have been in love with this award-winning script since I first read it nearly five years ago. Cho is a young writer known for tackling some pretty serious issues in her plays, but always with a unique voice that manages to home in on moments of humor and even lightness in the face of melancholy. There’s a heartfelt, earnest sort of energy radiating from the pages of a Julia Cho script that is magical and quite captivating.

What about the themes of communication and the expression of love resonates with people?

They resonate because they’re universal! They’re life! Who among us has never been misunderstood? Never suffered a broken heart? Never seen a relationship go sour? These are huge themes that everyone can recognize, that have made for great storytelling.

The play’s protagonist is a linguist with a mastery of several languages, but is unable to express himself to his wife. What do you think this says about the nature of communication?

I think it says that communication is really, really hard sometimes. The grand irony, of course, is that we are so often unable to communicate with the very people to whom we are closest. How weird is that? 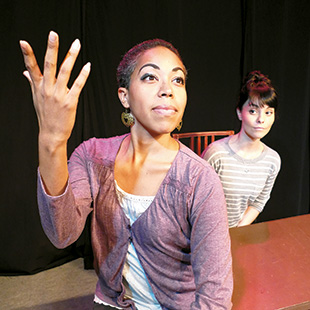 Research suggests that bilinguals and multilinguals change personalities with language. As a linguist yourself, how do you think language affects your behavior or personality as you speak it?

Well, most modern cognitive theorists reject the old notion of linguistic relativity—the idea that one’s native language completely determines one’s worldview—and there’s even a scene in the play where the protagonist, the linguist George, reads a language-based “creation myth” and finds it quaint and somewhat silly. On the other hand, as someone who speaks three languages on a daily basis, I can personally attest to the fact that some things are incredibly tough to translate and that some aspects of my own personality do seem to change depending on the language I’m speaking. It’s a fascinating “nature versus nurture” debate.

The Tokyo international theater community comprises people of various cultural and linguistic backgrounds. How does that contribute to this production?

It’s true that we have a very multilingual, multicultural cast and crew: nearly a dozen different nationalities! While rather typical for a TIP production, such diversity has been useful in helping bring this particular show from “page to stage,” in that we are all attuned to issues of language and communication—not to mention miscommunication!—in a way that a more homogenous group of artists might not be.

What has been the most challenging or rewarding aspect of directing this production so far?

I suppose the biggest challenge for most directors is having to keep logistical tabs on all aspects of a production at once. It certainly has been the case for me. The average audience member may not realize just how many metaphorical plates must be kept spinning for a live performance to be successful, starting many months—sometimes years—before opening night. Luckily, I have a stellar production team who have taken great pride in running a tight ship from the beginning of this particular journey. I would be in a world of hurt without them. The most rewarding aspect has been working with a cast of actors whom I love and respect very much. There are some incredibly talented people on that stage! I only hope the experience has been equally gratifying for them.

Why do you think audiences should see the show?

Audiences should see the show because it’s a charming, quirky tale of love, language, and everything in between. You might recognize a part of yourself in the story and might even learn something new … if only a few phrases in a foreign language!

What do you hope audiences take away from the show?

As sappy as it sounds, I sort of hope audiences leave the show wanting to tell their loved ones how they feel. Sometimes all we have are words. Sometimes that’s enough.

Finally, in your own words—and to turn the play’s tagline back to you: how many ways can you say “love”?

Ah, but therein lies the secret of the tagline! “How do you say love?” can mean many things, depending on one’s tone of voice and which word one chooses to emphasize. As a matter of fact, we’ve spent a huge amount of time in rehearsal pulling apart this seemingly simple little phrase. How do we say love? I encourage everyone to come see the show and count the ways!