The Screaming Insects Of Summer

A Guide To Japanese Cicadas

Every year, around late June, Japanese trees start doing something straight out of a horror movie: they seemingly begin to scream. Of course, today we know that it’s not really the trees but rather the cicadas living on them, but it’s still fun to image this phenomenon freaking out people in the past. Back to the point, though: cicadas are large summer insects found all over the world with two prominently set-apart eyes, often-translucent wings, and a penchant for noise pollution. 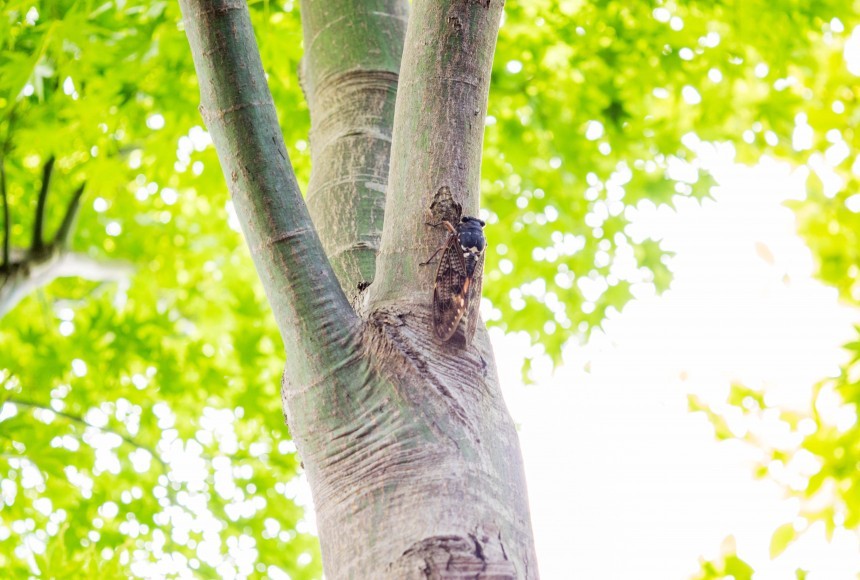 The bugs are best known for producing loud songs by vibrating specialized membranes in their abdomen in order to attract mates. Or to warn each other about incoming danger. Or to put a female at ease. Or to ask the other cicadas to give them some space. In short, there isn’t an activity that the cicadas feel couldn’t be improved by a screechy serenade emanated from their abdominal boomboxes.

Because of this, the songs of the semi (cicadas) have by now become just another part of life in Japan … and also the Japanese language. Japanese actually makes frequent use of onomatopoeia, and among them there are about 14 words meant to phonetically imitate the cry of cicadas, including: gingin, jiyajiya, washiwashi, tsukutsuku, kanakana and many more. Few other animals in Japan possess such a rich lexicon, though, to be fair, all of those sounds aren’t produced by just one kind of cicada. In fact, there are many different cicada species that can differ in size, color, or the sounds that they make. In Japan, the most commonly encountered species are:

Niinii-zemi: Whenever you start hearing what sounds like a yelping cricket on fast-forward but can’t locate the source of the commotion, chances are you’re dealing with a niinii-zemi. These insects are characterized by their camouflage coloration that allows them to perfectly blend into their environment and avoid predators … an advantage that they waste as soon as they start emitting their signature “niinii” cry: a kind of prolonged, sharp drone.

Abura-zemi: This reddish-brown species of cicada surfaces around early July and announces its arrival with sounds reminiscent of a 56k dialup modem, though that is not how the cry sounds like to Japanese ears. “Abura” means “oil” in Japanese, and the reason this insect bears this name is because its characteristic jiijii cry apparently sounds a little like boiling oil.

Kuma-zemi: Although it’s the largest of all cicada species, let’s be thankful that this bug doesn’t fully live up to its name and isn’t the size of an actual bear (“kuma” is Japanese for bear.) The kuma-zemi is yellowish-green, has translucent wings, and its cry is denoted in Japanese as shaashaa. And although it’s hard to tell based on the onomatopoeia, it is also the angriest-sounding cicada of them all, but given its name, that’s not really surprising.

Tsukutsuku-boshi: The so-called “tsukutsuku Buddhist priest” is the most musically-inclined out of all the cicadas, with the bug’s vocal range extending far beyond its namesake “tsukutsuku” sound. Most attempts at imitating its cry in Japanese have always felt like they fell short of the goal, but they produced some really interesting onomatopoeia like ooshiikkukku, utsukushon, or tsukushoshi.

Higurashi: Widely considered to be the most pleasant-sounding cicada, this species is also known as the “kanakana-zemi” for the melodious kanakana sound that it supposedly produces. And while it may only be just an agreed-upon approximation of the real thing, no one has yet come up with a more appropriate onomatopoeia for this species, so the name kind of stuck.

Minmin-zemi: Finally, we have the cicada that you’ll most often hear in movies or animated shows whenever they want to quickly establish that a scene is taking place in the summer. The “minmin cicadas” are found throughout all of Japan, even on the country’s northernmost island of Hokkaido. As such, they are the most symbolic of all the screaming bugs, as is their minmin cry, the written records of which go back hundreds of years. 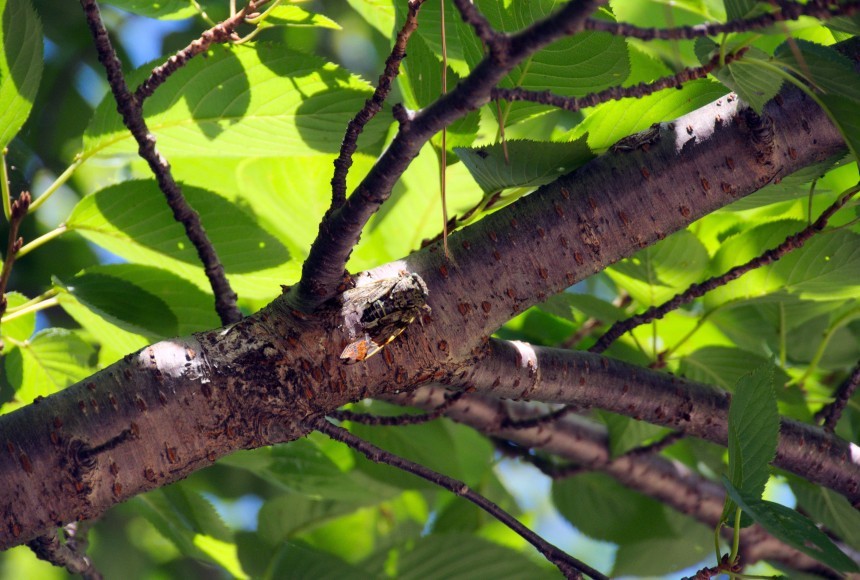 There is, however, one more kind of Japanese cicada: the semi-bakudan. The “cicada bomb” is technically any cicada that lies on the ground and appears dead but becomes agitated and starts flying around wildly whenever someone approaches it. Their signature cry is the sound of a screaming human unfortunate enough to come across a cicada bomb.