Where kids experience the thrill of live theater

There’s an unexplainable magic to being part of something that comes alive for a brief, fleeting moment, like live theatre. Nami Sasaki, founder of Tokyo Junior Playhouse, a non-profit, children’s, English language drama club, likens the experience to “reading a book and immersing yourself in [it],” but adds it’s “only better—because it comes alive.” 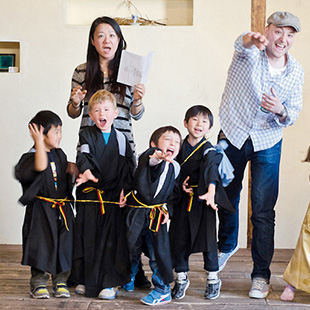 All the world’s a stage

Nami is a professional interpreter who’s worked for decades in the entertainment industry in Japan, translating for artists such as Stevie Wonder, Michael Jackson and Magic Johnson. After years of working to bridge language/culture gaps, she found a passion for nurturing global-minded children, and established an English school in Setagaya.

TJP was originally created for the Japanese students who attended the school, but Nami quickly received higher demand from international families whose children come from multicultural, multilingual backgrounds. No matter their nationality or language spoken at home, at TJP children use English as the common language to communicate, collaborate and simply have fun. “Our only rule,” explains Nami, “is to have fun, to the max.”

For those who join TJP and eventually travel on from Japan to different countries around the globe, Nami hopes “to have them take a piece of Japanese culture and make it their own, so they can bring it back to their own countries and travel around the world with it wherever they go.” Along this strain, TJP’s past three performances have been based on traditional Japanese stories taken from folklore, kabuki and rakugo. An example is Why I’m Scared of Cupcakes, an adaptation of the popular rakugo story “Manjū Kowai,” about a man who pretends to be scared of manjū in order to trick his friends into buying him the sweet, anko-filled sweets.

TJP accepts children of varying ages, with three-year-olds all the way up to 13-year-olds having joined in the past. The communication that happens between these children, as well as between them and the director—and the energy that’s born as a result of their interaction—is what makes the TJP experience special. “The fun part of drama,” explains Nami, is that “you can’t go wrong. You can just be yourself and let yourself run with your imagination, because there’s no wrong answer—every answer is right.” 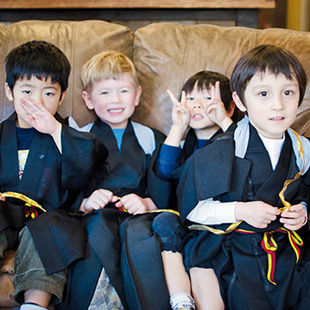 TJP’s upcoming endeavor Angel in Training is a musical and their first fully original production. Auditions for casting are on January 17, with rehearsals to follow every Saturday at Yoyogi Worcle Studio. The final performance will be held at Shimokitazawa Town Hall on March 15 as part of the Setagaya Sekai Haku, an event promoting international exchange in Setagaya—and a large audience is expected.

On what makes theatre special, Nami explains how nothing beats “the performance—when you’re getting on stage and you’re all nervous, but somehow you get out there in the spotlight and you get the rush and you’re all excited, and your parents are all excited, and the audience are happy to see you.” In today’s digital age, where communication is as easy as sending a text message, TJP urges kids not to rely on computers and phones to express themselves but to do so using only themselves. “Getting bitten by the showbiz bug,” says Nami, “is what it’s all about.”

For more information, or to sign up for the winter session, visit http://tokyojuniorplayhouse.com