Threading its way across central Tokyo with its distinctive orange branding, the Tokyo Metro Ginza Line has been in business since 1927. Eventually completed in 1934, the 19 stations of Japan’s oldest subway line cross Tokyo’s many internal boundaries, tying together the city’s heritage, corporate superpower status and shitamachi downtown culture.

Even though it was the last station to be added, Shibuya is the line’s official first stop, greeting visitors with hyper hotspots like Shibuya Crossing. Slipping past the energy, however, leads to the tranquility of Nabeshima Shoto Park. A former Tokugawa branch family residence and tea garden, the park is now a respite from Shibuya’s non-stop fervor, complete with pond and rustic watermill. 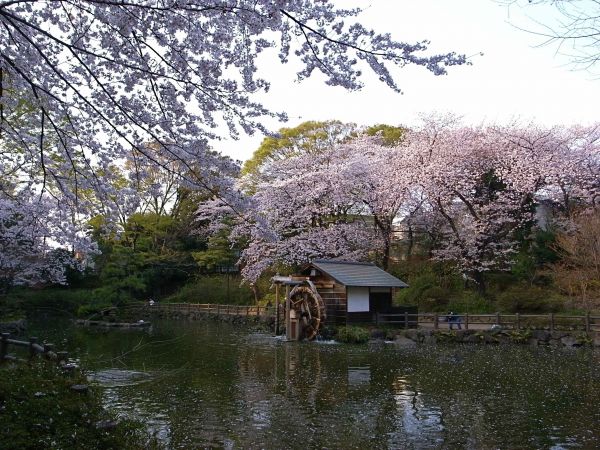 All style, Omotesando Station smooths its way with boutique stores, cutting edge architecture and top-end fashion. Things become more personable stepping into the side streets, though, thanks to places like Higuma Doughnuts+Coffee Wrights. Eschewing complexity, some of Tokyo’s best coffee and doughnuts can be found here thanks to knowhow inspired by the owner’s Hokkaido heritage. 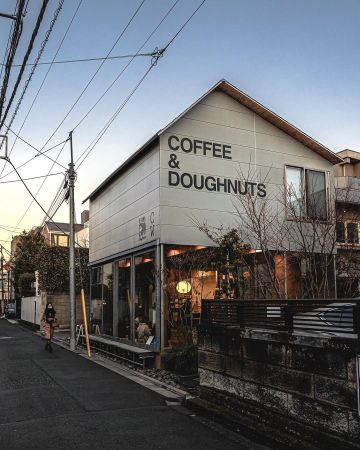 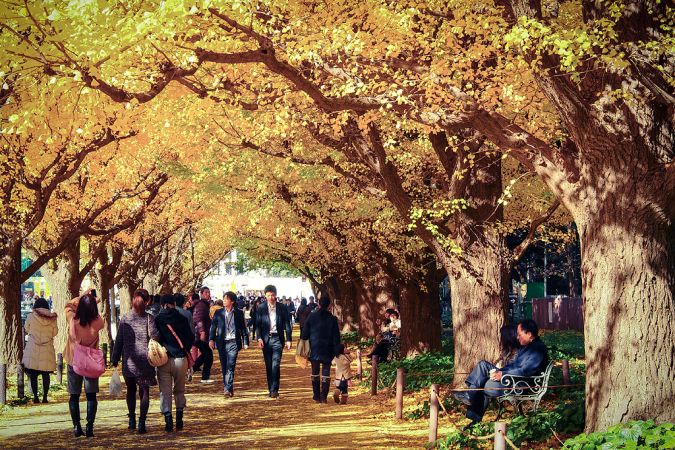 Close to Aoyama-Itchome Station sits Takahashi Korekiyo Memorial Park. Born when the Tokugawa still ruled Edo, Takahashi went from overseas slave to Japan’s 20th Prime Minister before being assassinated in modern Tokyo during the reign of his fourth Emperor. The park’s traditional ambience set amongst one of Tokyo’s most modern districts is a fitting tribute.

Step out of Akasaka-Mitsuke Station and traditional and modern entertainment beckons from the Akasaka Red Theater. Sightseeing types, however, can instead find favor at the local Toyokawa Inari Temple. Defying a once enforced political division between Buddhism and Shinto, this Buddhist temple is home to plenty of Shinto-derived Inari fox deity statues. 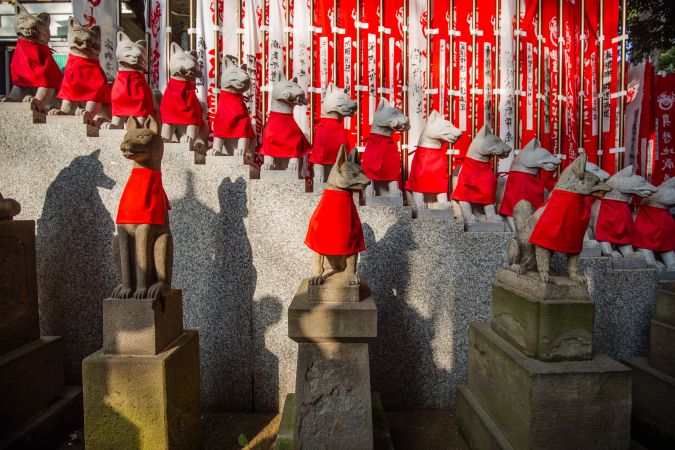 Doorstep to the stately Kantei, official residence of Japan’s Prime Minister, Tamaeike-Sanno Station sits deep within Tokyo’s political power base. This power can also be felt at the home of the Sanno Matsuri festival, Hie Shrine, where a deified Tokugawa Ieyasu resides. A raft of cultural assets are held here, including a National Treasure tachi long sword.

Despite the line moving away from official politics towards the corporate at Toranomon Station, there is space for people here. Tenzo, an almost hole-in-the-wall vegan restaurant, sits in a little side street offering wallet-friendly dishes. A stroll further south leads to Atago Shrine and the thigh-straining Stairway of Success that eventually leads to a beautiful koi-filled pond. 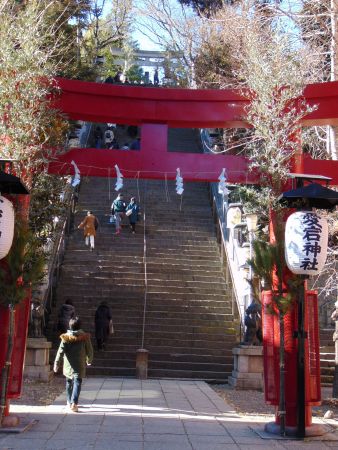 Stairway of Success at Atago Shrine
Koji Moriya on Flickr

Surrounded by the black business suits of the ubiquitous salaryman, Shimbashi Station is no stranger to work-a-world fervor. Perhaps it is apt then that down the road sits Karasumori Shrine, a tribute to a 10th-century bureaucrat who stepped up to become such a legendary warrior that clans once worked hard to trace their lineage back to him.

A pronounced break from business suits, Ginza Station is a beacon for high-end shopping and entertainment glamor. This glamor extends to the area’s art scene. Plenty of galleries thrive here, including Kobayashi Gallery with its international fine art collection and the strong avant-garde leaning Gallery 58.

Named after one of the Edo period’s most famous bridges, Kyobashi Station continues its historical role as the center of corporate prestige. A highlight here is the Artizon Museum. Once known as the Bridgestone Museum, the museum showcases a gallery of internationally renowned works from such luminaries as Van Gogh, Monet, and Picasso.

A history of mercantilism continues to thrive at Nihonbashi Station with places like Mitsukoshi Nihonbashi, Japan’s first department store. A more personal historical experience, though, can be found at Nihonbashi Nagato, a 300-year-old traditional confectionery store that once served the Tokugawa shoguns.

Surrounded by a surreal world of commercial pedigree, Mitsukoshimae Station links directly to the heritage-inspired Mitsui Tower and Mitsui Memorial Museum. A counterbalance can be found on the other side of the station with the good luck Futoku Shrine that once sold lottery tickets during the Edo period and the popular taiyaki fish-shaped cakes at Museum Sweets Store Ennichi.

Kanda Station marks a transition with a vibe worlds away from the deep pockets of earlier stops. Here sits Muromachi Sunaba, a noodle shop dating back to the 1940s with a classic indoor viewing garden and Cafe Ace, a bastion of retro caffeine, having served up 40 different blends of coffee since 1971.

Suehirocho Station is close to the 1,300-year-old Kanda Myojin Shrine, visited by Tokugawa Ieyasu and home to the biennial Kanda Matsuri, one of Japan’s top three festivals. A more intimate level of heritage is Tirol Choco. The company was established in 1903 and its bite-sized chocolates may be Japan’s most beloved cheap chocolate brand. 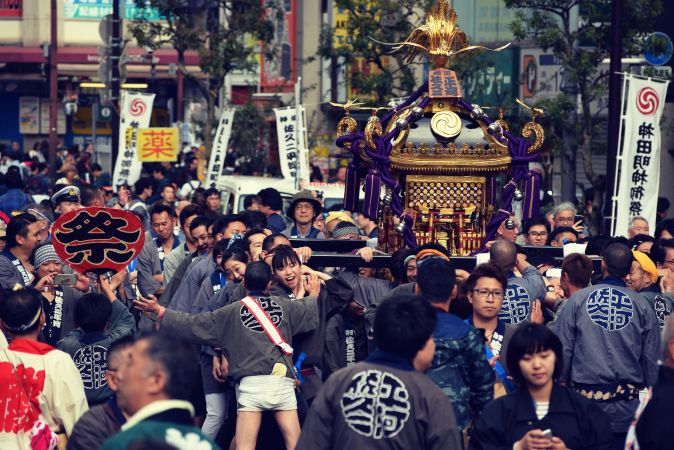 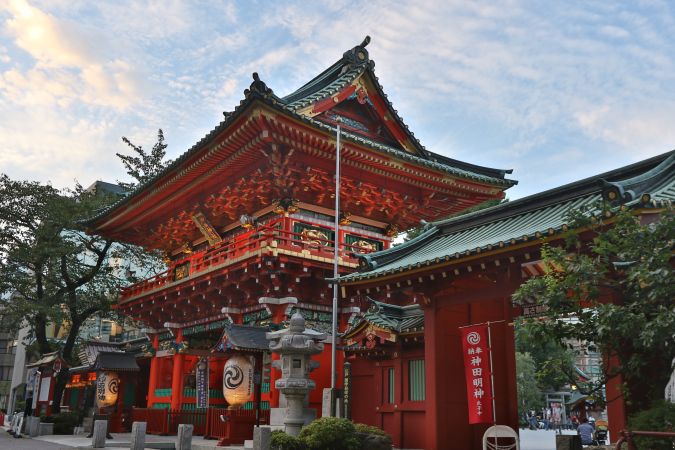 Ueno Station leads to some of Tokyo’s most sought after destinations. Gritty street shopping along Ameyokocho and the regal Tokyo National Museum are no surprises but hidden in plain sight, right by Ueno Zoo, sits Shin-Uguisu Tei. Opened in 1915, this traditionally-minded sweet tooth haven is known for its uguisu dango colored mochi and green tea set. 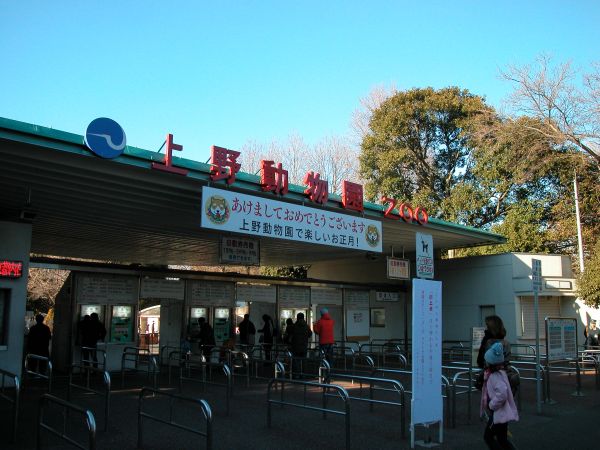 Hoon-ji is one of many temples scattered around Inaricho Station. Established in the early 13th century, the temple plays up its three treasures: a bell tower cast in the mid-17th century, a statue of the 6th-century prince Shotoku Taishi with crystal eyes and a manuscript written by the 13th-century monk, Shinran.

Tawaramachi Station offers access to the Kappabashi shopping street — 800 meters of wholesale kitchen and restaurant ware. Beyond this lies the Drum Museum and the Honzan Higashi Honganji temple. The former is backed by a 150-year old drum and mikoshi portable shrine manufacturer while the latter features an extraordinarily cavernous gilded interior. 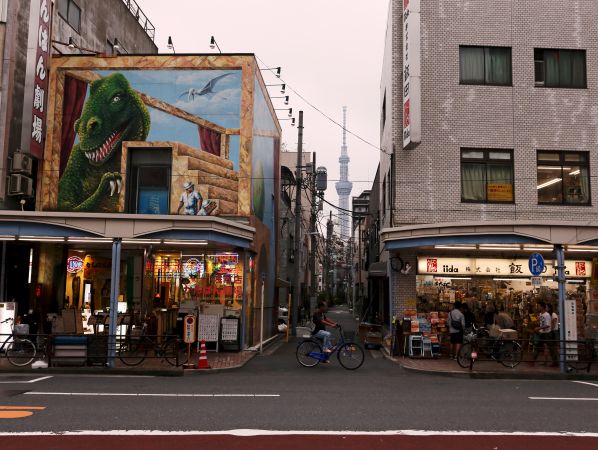 Having traversed a menagerie of identities, the Ginza line settles deep within Tokyo’s shitamachi culture with its final stop, Asakusa. Here, Sensoji temple honors the promise of heritage but so does the area’s cuisine. Uniquely Tokyo, Komakata Dojo has been offering up traditional dojo nabe pond loach stew for over 200 years, making it a classical way of ending a day along Tokyo’s oldest subway line.

Winter in Tokyo for Art Lovers

The best galleries to drop by in the city this season

What’s Happening in Tokyo This August?

The rundown of the best events in Tokyo this August

9 Events to Visit in Tokyo this April