A fashionable book that’s about more than just fashion 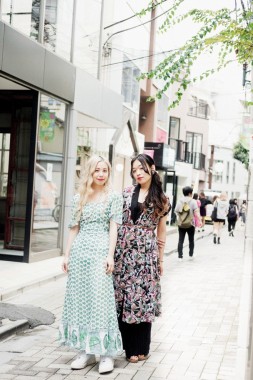 Tokyo’s fashion scene(s), one of the most vibrant in the world, has been the subject of many books and internet fandom over the years. Philomena Keet’s excellent Tokyo Fashion City and The Tokyo Look Book and Tiffany Godoy’s Style Deficit Disorder made great inroads to explaining and dissecting Japanese fashion for both an overseas and domestic readership. The issue with the Tokyo fashion scene is that it rapidly changes and metamorphoses into new styles and zoku (tribes). Much has been made of last year’s terribly misinformed Quartz article (Japan’s wild, creative Harajuku street style is dead. Long live Uniqlo) by Marc Bain which declared that Harajuku was ostensibly over and with it its myriad fashion tribes and subcultural status. The article has since been debunked by TokyoFashion.com and here at Metropolis. Harajuku is certainly not dead, just at the protean crossroads of becoming something else including the emergence of new tribes such as the aesthetically devious “Street Goth.”

Yoko Yagi’s Tokyo Street Style, then, is a more than welcome addition to the literature and studies of street fashion in the Japanese capital. It’s also beautifully designed by Sebit Min with accomplished photography courtesy of Tohru Yuasa. Delving into different areas, influencers, designers and issues such as genderless kei, it also, usefully, includes interviews and opinions from foreign fashion voices such as The Sartorialist’s Scott Schuman and Tokyo-based American style expert, journalist and stylist Misha Janette, bringing a healthy balance to the book as a whole.

Importantly, Tokyo Street Style also includes a chapter devoted to Shoichi Aoki of the pioneering STREET magazine and former chief of outrageously influential FRUiTS magazine – a bible of Harajuku street style at the turn of the century. Aoki has been known, of late, for a slightly pessimistic view of Harajuku’s style prominence stating in this book that “It was about five years after FRUiTS was first published (that there was a turning point). During those five years, the pedestrian zone along Omotesando was closed down. (Without that dynamic setting) our photographs all looked similar and, as a result, Tokyo’s fashion no longer appealed to me.”

Crucially, however, Yagi doesn’t get bogged down in Harajuku and explores different themes, histories and talking points including later chapters on the capital’s food and restaurant scene and interviews a range of influencers from fashion to cuisine including Hirofumi Kirino of United Arrows, acclaimed photographer Rei Shito, designer Olympia Le-Tan and Takuya Ebe, editor of Tokyo’s influential food web magazine dancyu web. 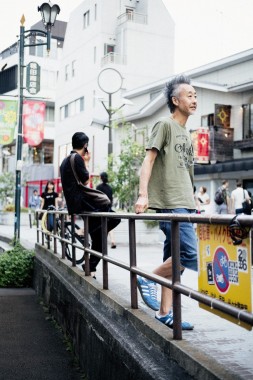 The tail end of the book includes a natty area guide to the city describing cool boutiques, vintage stores, bars, stationery shops and much more. It’s a fascinating book and, importantly, current. Tokyo is known for its fast moving fashion trends and constant state of flux in terms of construction and rebuilding, so it’s important to capture the fashion scene how it is, now, before the trends discussed lose relevance. The city of Tokyo is a geographical and cultural palimpsest which Yagi navigates with an effortless and simple manner. Tokyo Street Style should appeal to readers from all backgrounds; from fashion insiders and hipsters to those interested in fashion and style as a sociological study.

Metropolis interviewed the author of Tokyo Street Style, Yoko Yagi, about the process of writing the book, design and Tokyo’s fashion scene.

Metropolis: What is the concept behind this book?
Yagi: Diversity. It’s impossible to summarize Tokyo’s street style in one word. I wanted the book to show that Tokyo is full of people with diverse styles.

M: How did you want to differentiate this book from other books about Japanese fashion?
Y: Again, diversity is the key. As far as I understand, most books are focused on specific styles or generations. Japanese fashion isn’t just kawaii. Not just genderless. Not just the styles of the kids in their teens and twenties. There’s a wider variety of styles for a wider range of age groups in Tokyo’s fashion scene. That’s what I kept in mind as I was writing the book. Also, I wanted to do something only a book could do, so I threw in a shopping guide. I want people who read the book to think “I want to go to Tokyo”, and carry this book around for reference as they stroll around the city.

M: Why did you decide to include the sections about food?
Y: The stylish people in Tokyo care not just about fashion but also about food. To them, where and what they eat is as much of a fashion statement as what brand they wear. People in the fashion world talk about food all the time, and many of them are avid readers of the food magazine dancyu. So if you want to find someone stylish, your best bet is to go to a trending restaurant. The Japanese apparel companies who’ve taken note of this fact are starting to put food and tableware alongside clothes in their shops. Also, the styles of chefs and confectioners are starting to get noticed, and books about their everyday clothes are being sold. From all these ways in which food and fashion are closely intertwined, I decided to add the section about food. But truth be told, I also wanted to add a section about interior design. Fashion isn’t just about clothing. Fashion is about food, interior design and all the things in our everyday lives. I think a true fashionista is someone who has his or her own style to everything. I’ve explained this more deeply in my book.

M: How did you work with Tohru Yuasa and Sebit Min on the photography/design of the book?
Y: I’ve asked Yuasa-san, the photographer, to take photos of the Tokyo landscape to bring out the Tokyo vibe. As for Sebit Min-san, I asked for there to be several shots of the same model, from different angles. I wanted the layout design to look like the shots were taken out of a film reel. That, also, is to bring out the Tokyo-ness. Also, color. She told me the color pink fit the women of Tokyo best, and I agreed. I said, not pastel pink but vivid pink. I was fortunate that she came to Japan so we could discuss about the book’s design face-to-face. If I hadn’t met her in person and just contacted her through emails and phone calls, I don’t think the book would have been as complete as it is.

M: Are you optimistic about the future of Japanese street fashion?
Y: I think styles will be even more subcategorized, and it’ll be harder to judge what is stylish and what isn’t. Also, casual wear will become more like luxury items, and the line between causal and formal clothes may blur in the near future.

M: Do you agree with Shoichi Aoki that Harajuku street fashion isn’t as good these days?
Y: I agree. The development of SNS has brought the world closer, and any information can be found with the snap of a finger. It’s possible to adopt worldwide fashion trends in an instant, so I think that styles unique to countries and cities are fading, as Aoki-san fears. Also, I feel that many young people in their teens and twenties think of dressing differently from others and expressing individuality as embarrassing. There’s even youngsters who think of dressing up as being uncool. It’s disheartening. But I think we adults are also responsible for this situation. We’re at an age where adults must step up and take fashion seriously, so that young people will find something to look up to.

M: Where is your favorite area in Tokyo for street fashion?
Y: I can’t narrow it down to one spot. Shinjuku, for one, near Bunka Fashion College, my alma mater. You can meet a lot of students with unique styles. Other places you can’t miss are Aoyama, Nakameguro, Shimokitazawa, Yoyogi-Hachiman.

M: Which store do you think best represents the essence of Tokyo street style?
Y: All the shops in the book!