View from the Street

Tokyo is a walking city. The accessibility of public transport and high-density urban planning means that most of your time in Japan’s capital will be spent on foot.

It doesn’t matter if you’re a visitor who just landed two hours ago or you’ve lived here for two decades; walking through Tokyo is one of the city’s greatest pleasures.

There’s always something new to experience in this constantly evolving metropolis. From hidden underground shoutengais (shopping arcades) to fake food meccas, here are just a handful of Tokyo’s most walkable streets. 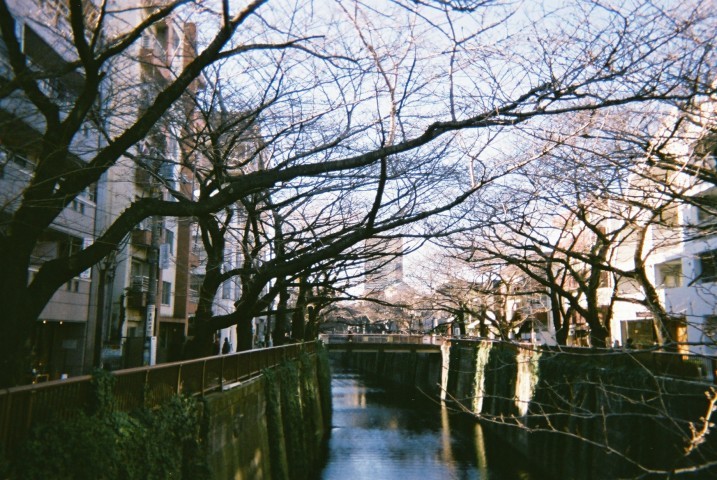 In the vicinity of Ueno is another fascinating shopping street, Kappabashi Dōgugai. Also known as Kappabashi Street, this strip is the perfect destination for the food-obsessed.

Kappabashi Dōgugai is the number one culinary street in Tokyo except for one little thing: it actually doesn’t sell any food. Hosting speciality stores for all your cooking needs —pots, pans, utensils, you name it — it’s the perfect place for amateur and professional chefs alike.

The most fascinating aspect of this street, however, is its huge array of “fake food” stores. Fake food is a serious business in Japan. Used by Japanese restaurants as their main form of advertising, display food is the quickest and most effective way to nab hungry passersby.

Ever wondered where those delicious-looking PVC ramen bowls and frosty beer glasses came from? Odds are they came from one of the hard-working craftspeople working in Kappabashi Dōgugai.

Boasting over 170 stores, it’s the biggest kitchen shopping street in Japan and potentially in the world, which makes sense, because if there’s one thing Japan does best, it’s food. 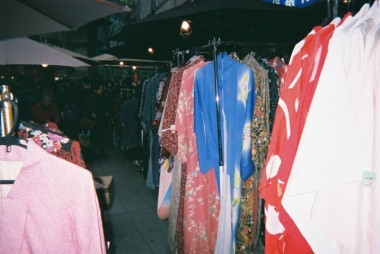 Ameyoko is a market-browsing heaven. Featuring stalls selling everything from fresh seafood to cosmetics, the strip is located between Okachimachi and Ueno Stations in Ueno, along the Yamanote Line.

Originally founded as a black market after World War II, Ameyoko is short for Ameyayokocho, which means “candy sellers’ alley.” Back in the street’s early days, the markets sold sugary sweet potato and traditional candies, as well as many American products.

Cheap, busy and always entertaining, the stores usually operate between the hours of 10:00am and 8:00pm every day except Wednesdays, but opening hours vary depending on the vendor.

These days it’s a melting pot of cultures and a great place to pick up a bargain on the way home for dinner. Be warned, though: this little strip is a go-to for New Year’s shoppers at the end of December, when it’s not for the claustrophobic. 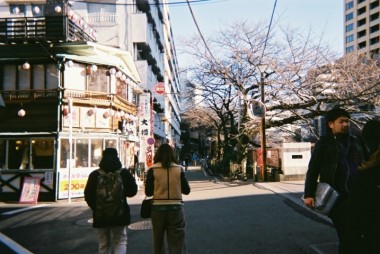 Technically a river and not a street, the Meguro River could be considered the main vein of Nakameguro. Dotted with carefully curated shopping boutiques, bookstores and coffee shops, the Meguro River is the perfect way to spend an aimless Sunday afternoon.

If you’re around during spring, the Meguro River plays host to one of the most stunning and popular hanami parties in town. Packed with food and drink vendors and visitors high on spring optimism, Meguro River during this time is essentially a non-stop street party.

You can use the river, which flows through the heart of the suburb, as your main anchor to navigate the streets branching off to hidden corners of this effortlessly cool pocket of Tokyo. Once you’re done shopping, café hopping or eating, you can follow the walk right back to Nakameguro Station.

Not too far away from Kappabashi is one of the best hidden shopping strips in Tokyo. Located underground, Asakusa Chika Shotengai is an aging and historic look at everyday Tokyo life.

Looking like it hasn’t been updated since its birth 60-odd years ago, the mall features fading signage, exposed wiring and piping, and the most delicious food stores and best drinking nooks you’ll find below ground.

Connected to a ticketing gate on the Ginza Line, it may feel a little intimidating to enter for visitors, but don’t worry; once you brave the dark passageways and go into the darkness, you’ll discover a world as homey as it is fascinating. 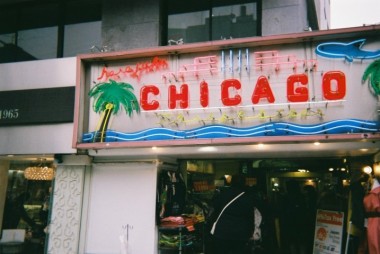 What makes this walk so fascinating is its personality divide. You could say that the Aoyama end of Omotesando is the more mature and sophisticated older sibling of the manic, multi-coloured Takeshita Street in Harajuku.

Just a few steps down, the boulevard separates the teens, tourists, and vintage hunters in Takeshita from those willing to spend a small fortune on high-end designer label goods in Aoyama.

The one thing that does connect these two opposing sides of the fashion world is their love for pushing the boundaries of fashion obsession. Home to almost every fashion house worth listing, Omotesando also has space for unconventional and more eclectic stores — you just need to branch off the main drag to find them.

Given its ability to switch from vintage to Versace, it’s no question that this is Tokyo’s fashion mecca, no matter your taste.

This street wins the title for most intriguing yet disgusting on the list. Dotted with hundreds of tiny izakayas, bars and stores, Piss Alley is where you head to when you need a food and booze refuel.

Also known by its more family-friendly name, Memory Lane, Piss Alley is a grimy contrast to Tokyo’s spotless streets. With its formation dating back to the early post-war years, the alley got its name from its original role as the watering-hole mecca for criminals and other shady types.

Back when the area was blossoming, this ramshackle tiny town lacked toilet facilities, which meant the train tracks that run along the area were also utilized as bathrooms for tipsy patrons.

These days, however, the area has been through a little rejuvenation. With bars now featuring fully-functioning bathrooms and super-cheap drinks, it’s become a local favorite once again.

In terms of atmosphere, Piss Alley hovers between visitor-friendly and seedy, making it the best place to explore the city’s hidden grungy side.

A comprehensive guide to shopping smarter in Tokyo