A Guide to the Magic of Matsue

Shimane prefecture and its capital, Matsue, had been on my radar since I first learned about Matsue’s Water Lantern Festival, at which thousands of hand-painted lanterns are illuminated around Matsue Castle and the Shiomi Nawate samurai district. In addition to Matsue’s feudal legacy, there are a number of outstanding Japanese gardens and one of Japan’s most important shrines only a short train ride away.

To reach Matsue, you can either hop a short flight from Osaka or Haneda to Izumo Airport (several flights daily) or travel by a combination of Tokaido shinkansen and the Yakumo limited express from Okayama (I opted for the latter). Sandwiched dramatically between Lake Shinji and Nakaumi, Matsue is fittingly known as the “city of water.” The area is also home to a number of hot spring resorts in Shinjiko Onsen, a short bus (or train) ride away.

Your first stop should be the excellent Matsue Tourist Information Center directly in front of JR Matsue Station, which offers multilingual staff, maps and brochures. Another great option is to arrange a local guide through Matsue Goodwill Guides. The easiest way to get around Matsue is to hop a Lake Line bus, which runs a circular route, stopping at all of the major attractions. There is multilingual signage at the bus stops as well as on board the buses. 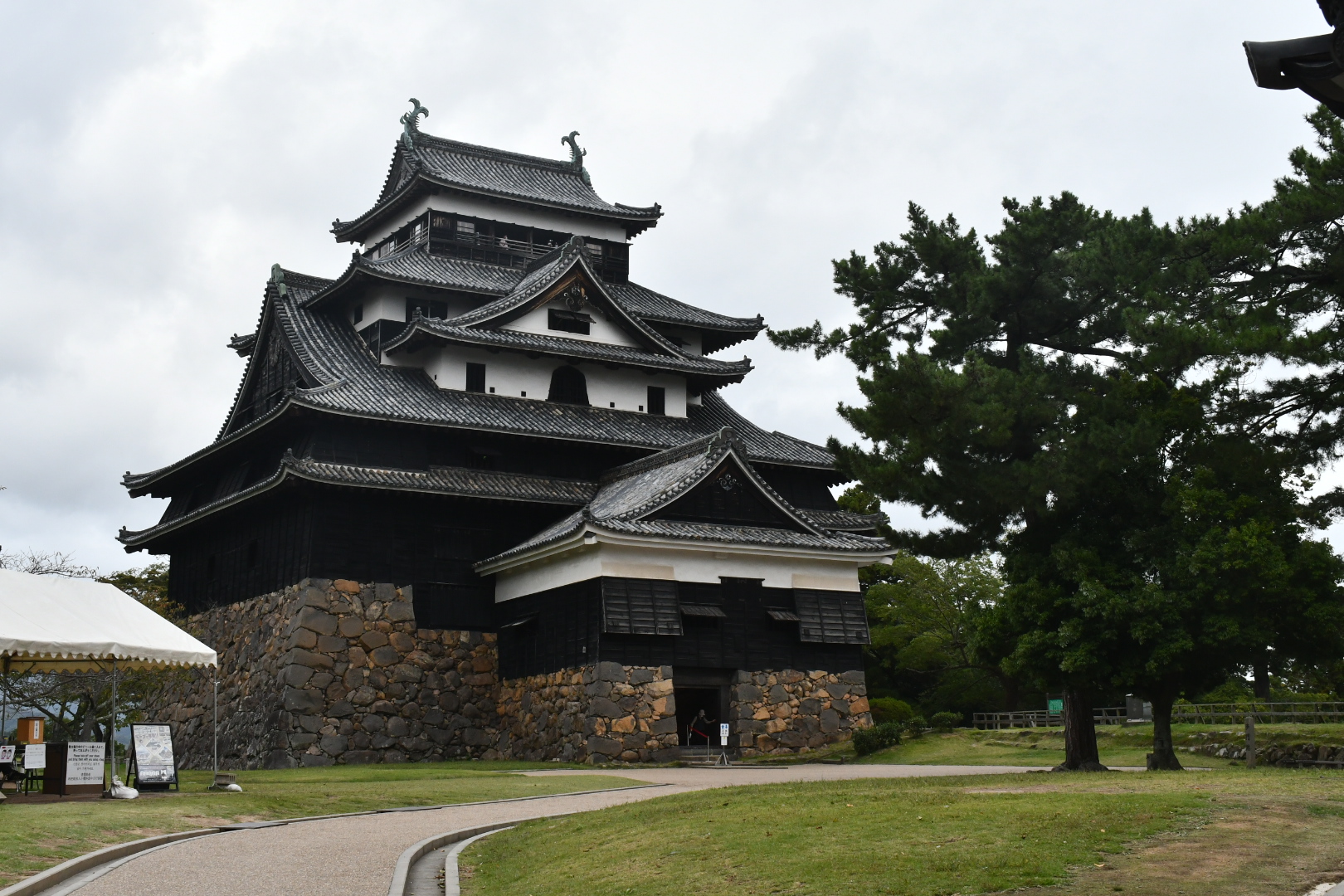 Most of Matsue’s main sights are centered around the castle. The construction of Matsue Castle, also known as Plover Castle, or Chidori-jo, and the surrounding city began in 1607, and the castle was completed in 1611. It is one of 12 original castles not to have been destroyed by war or fire. A popular way to visit it is by taking a 50-minute guided tour on a Horikawa sightseeing boat. These unique boats have tatami flooring, kotatsu heaters in winter and a roof that lowers in order to fit under bridges. 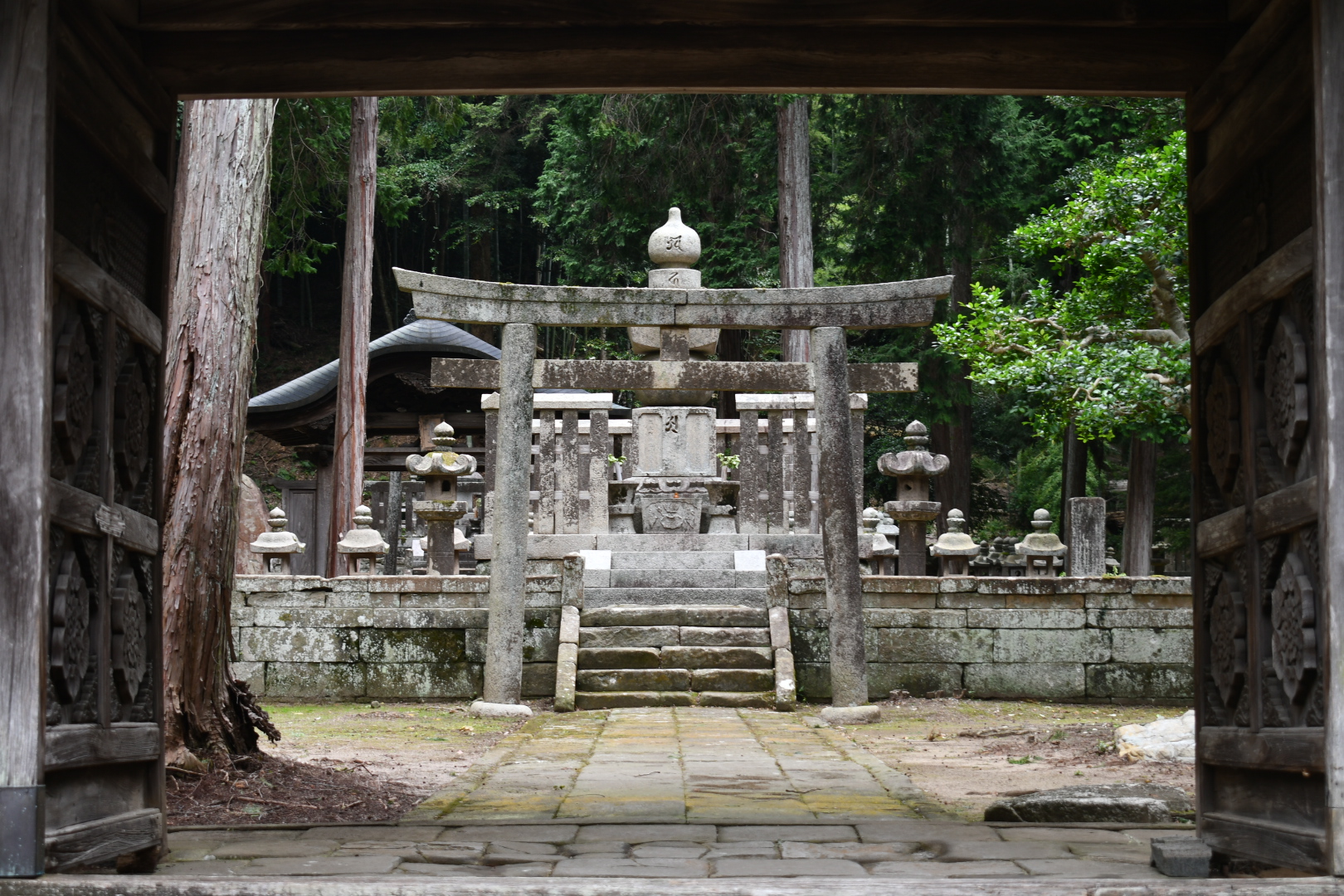 Nearby Gesshoji temple is the family temple of the ruling Matsudaira Clan. Beautifully manicured gardens and a series of atmospheric graves with massive stone torii and lanterns grace its grounds. Lord Harusato Matsudaira, tea name Fumai, pioneered the Fumai-ryu tea ceremony, and you’ll find his influence all over Gesshoji, including a tea room used by Lord Fumai and an unusual ritual dedicated to used tea whisks. Fumai also designed the nearby teahouse Meimei-an built in 1779, where you can enjoy a bowl of green tea and a seasonal sweet. Matsue is known as one of the top three cities in Japan for traditional tea and wagashi. It hosts the Matsue Grand Tea Ceremony in early October, and there are numerous tea ceremonies held around the castle grounds. 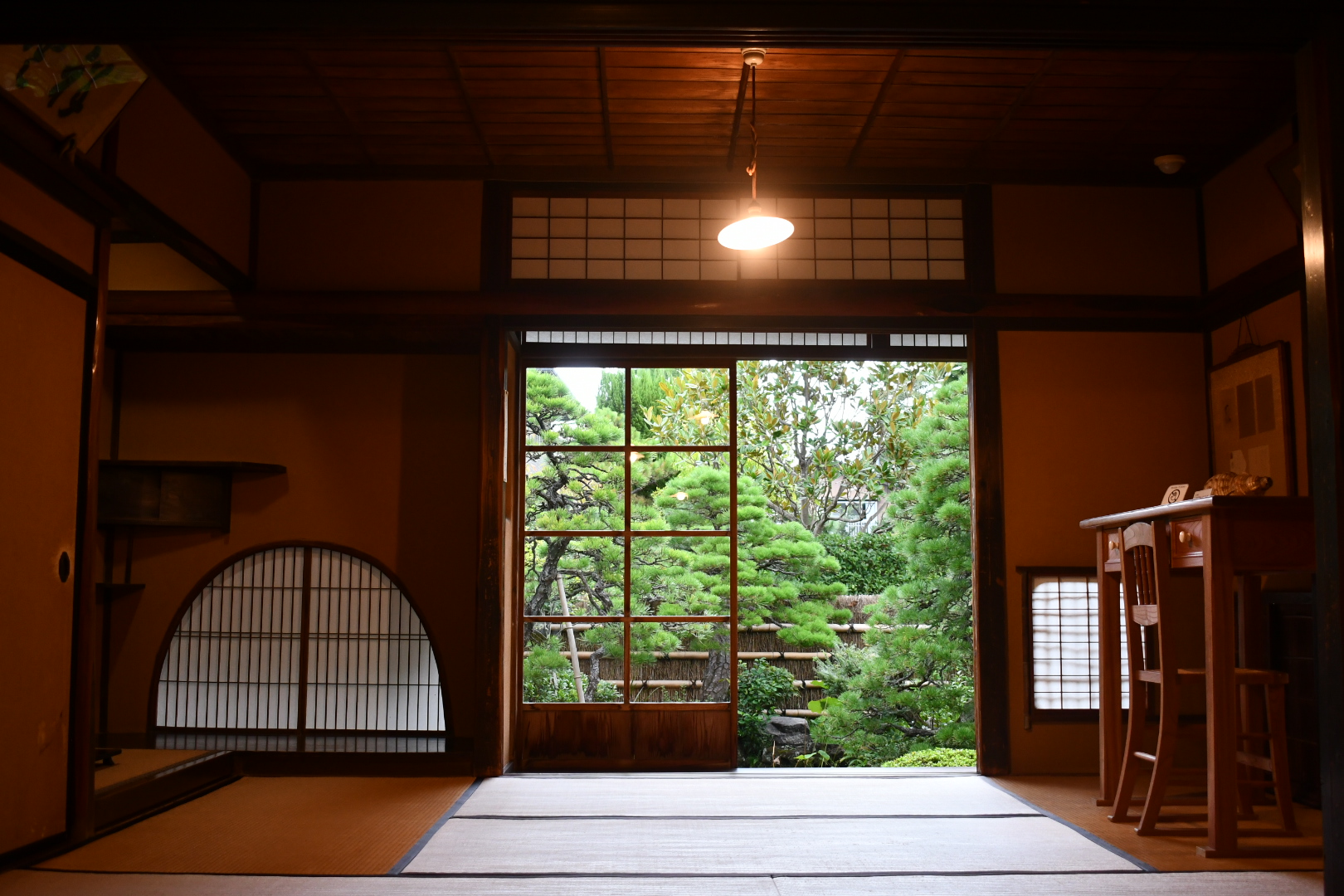 Writer Lafcadio Hearn spent the latter years of his life in Japan writing and teaching, including a one-year stint in Matsue. Hearn became one of the first Westerners to be granted Japanese citizenship. Known as Koizumi Yakumo in Japanese, he specialized in travelogues like “Glimpses of Unfamiliar Japan” (1894), retellings of Japanese folk tales and ghost stories. His house, a former samurai residence complete with Japanese gardens, has been immaculately preserved and is now a museum. 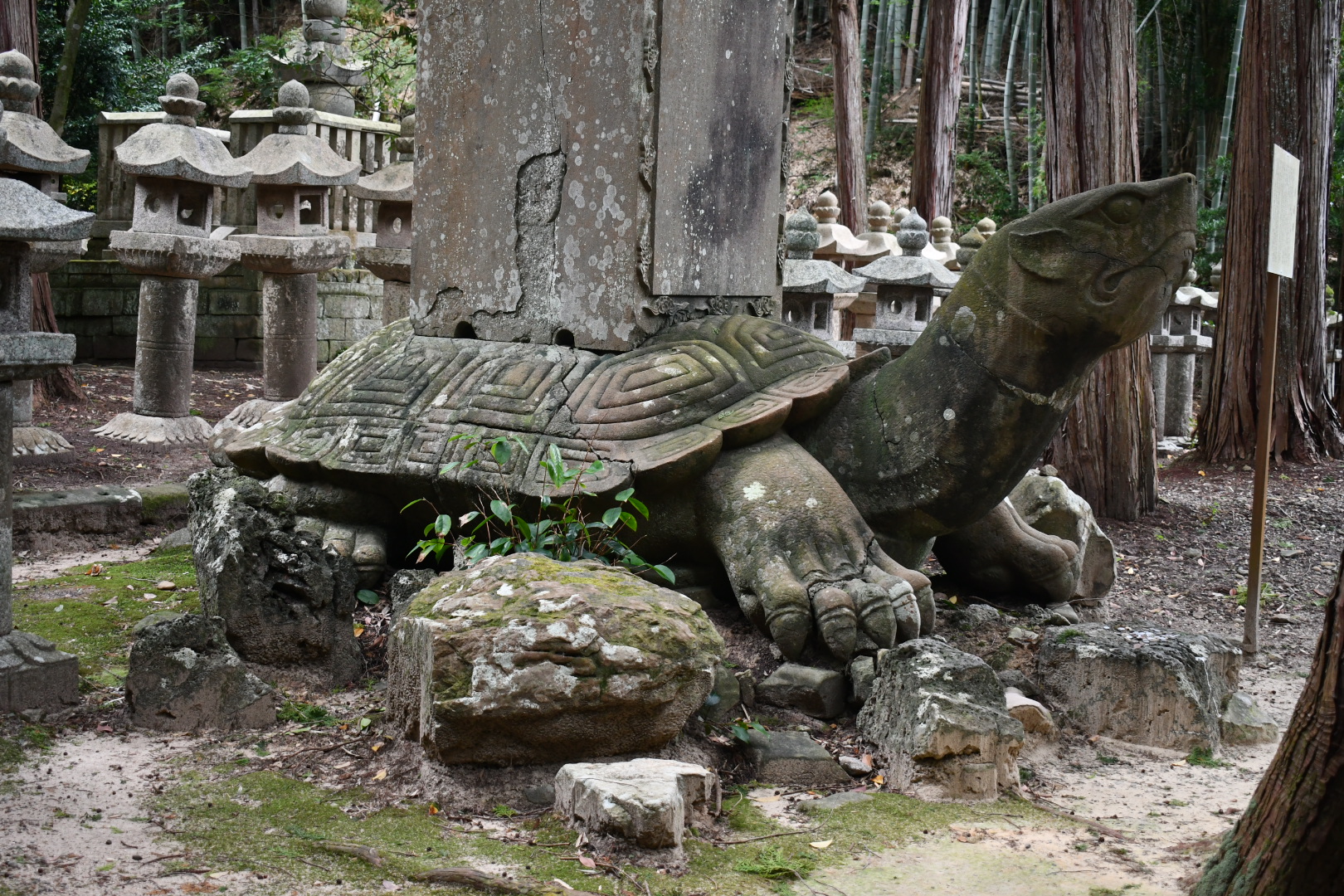 According to folklore, Gesshoji’s imposing stone tortoise has a large stone on its back to prevent it from wandering through town around citizen’s homes

Numerous sites around Matsue feature prominently in Hearn’s works, including Jozan Inari Shrine, Gesshoji and his home’s gardens. Gesshoji’s imposing stone tortoise starred in Hearn’s “Glimpses of Unfamiliar Japan,” and the large stone on its back was supposedly placed to keep it from wandering through the town at midnight. There is excellent signage in English and Japanese at most major attractions describing Matsue’s influence on Hearn’s works. You’ll also find Hearn’s likeness on Matsue’s own Shimane Beer lineup, including a weizen, pale ale, pilsner and stout. 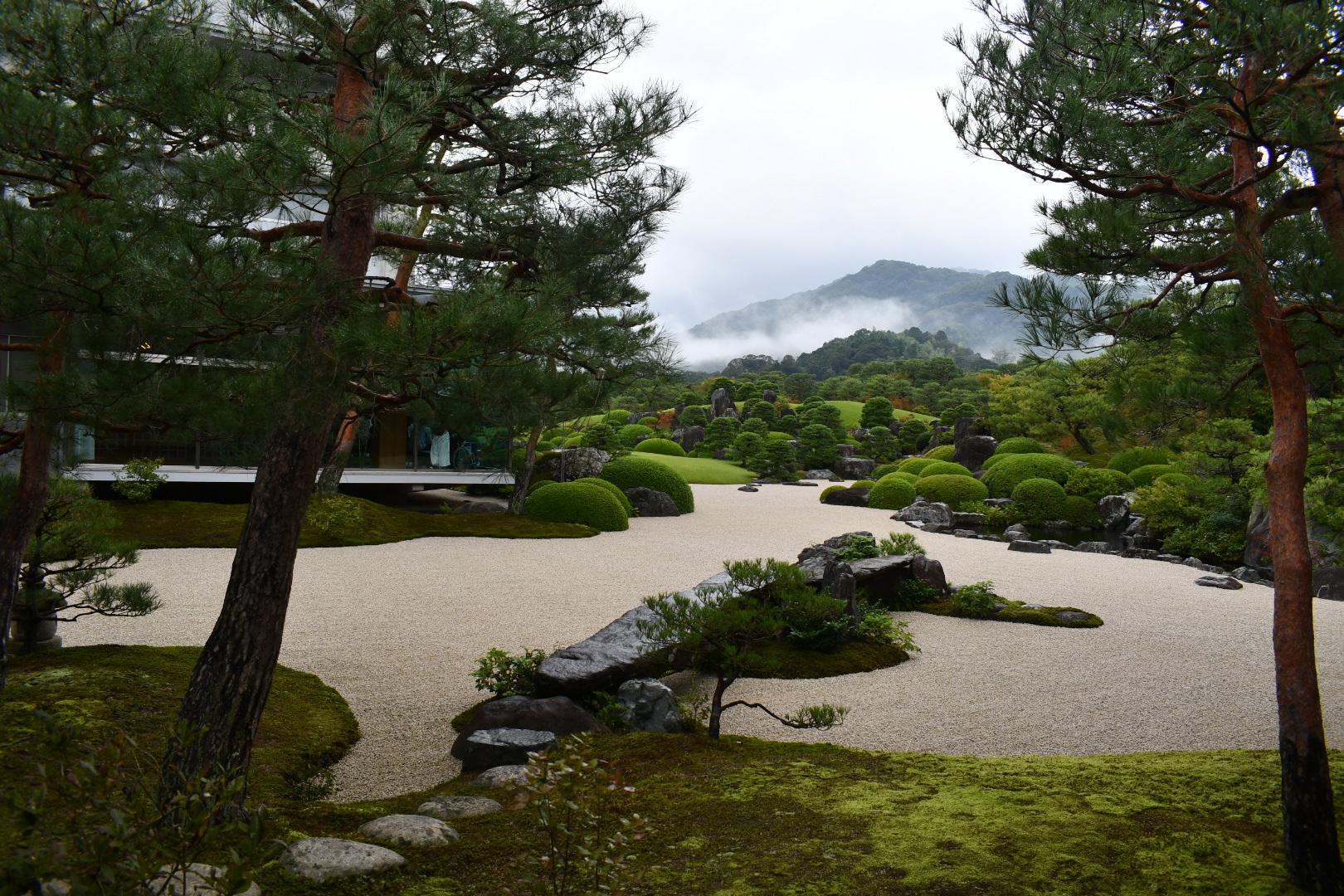 In addition to the Water Lantern Festival and rich culture, the other reason I had wanted to visit Matsue was the nearby Adachi Museum of Art in Yasugi, whose traditional Japanese gardens have been voted best in the world by the Journal of Japanese Gardening for the past 18 years. Museum founder and art collector Zenko Adachi envisioned the art and gardens as reflecting and complementing each other. The museum’s core collection honors Yokoyama Taikan (1868-1958) along with other nihonga painters as well as a children’s art collection and a ceramics hall. The gardens were designed by Kinsaku Nakane, who also designed the garden at Taizo-in in Kyoto. Throughout the museum, cutouts, glass walls and “Living Hanging Scrolls” perfectly frame the gardens, waterfalls and nature outside. Garden lovers will also love Yuushien, about a 45-minute bus ride outside of Matsue, for its  stunning seasonal illuminations that enhance the natural beauty of the landscape. 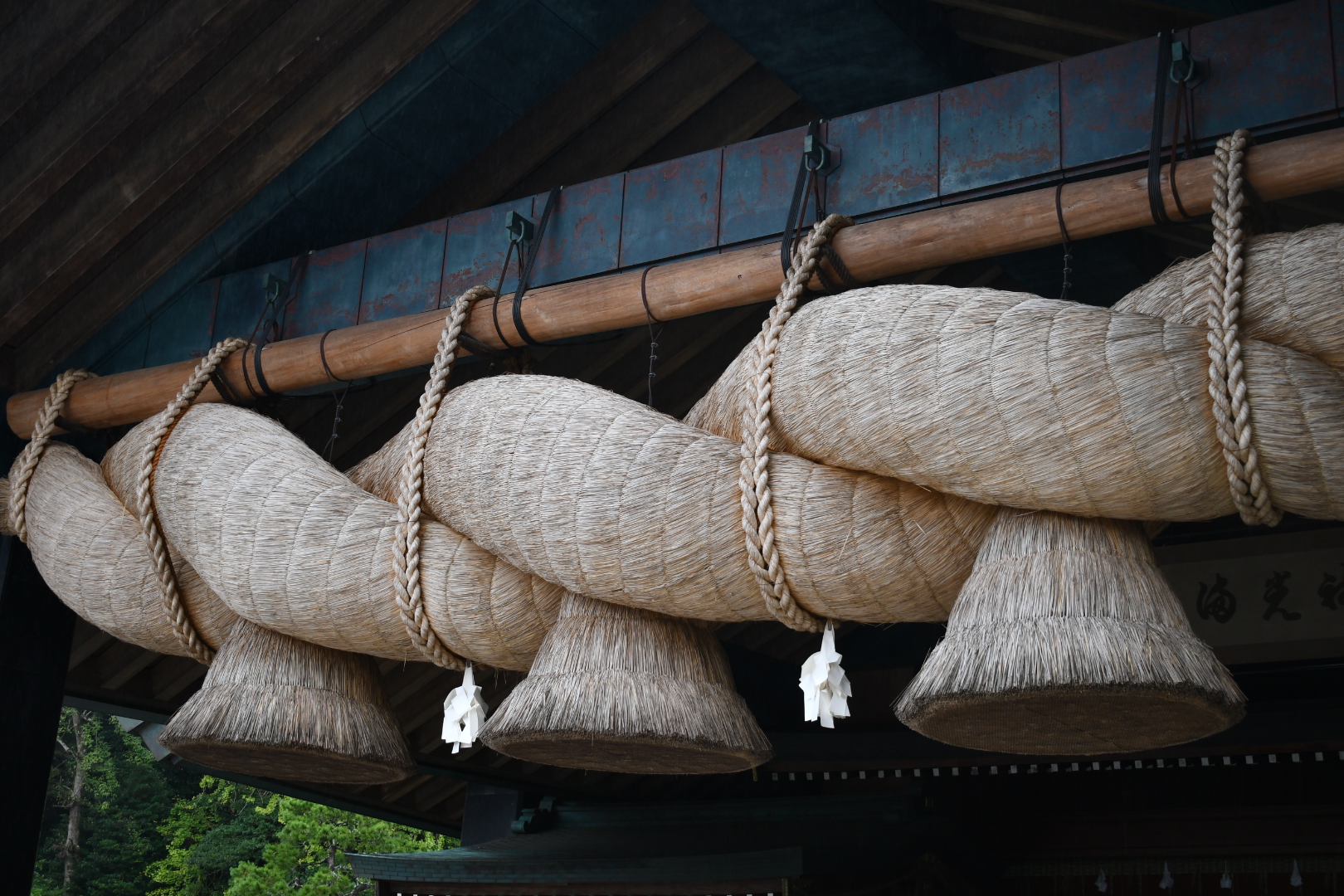 Izumo Taisha’s giant shimenawa is the largest in Japan

Nearby Izumo, about a 40-minute train ride west of Matsue, is home to one of Japan’s oldest shrines. Shrouded in mist and legends, its patron god is Okuninushi-no-okami, the Shinto god of marriage and matchmaking. Couples come here to pray for a happy marriage. One unique custom at Izumo Taisha is to clap your hands four times instead of the usual two before praying, and its massive 13.5-meter, 4.5-ton shimenawa (sacred straw rope) is the largest in Japan.

Before you head home, be sure to pick up some of Shimane’s local products like Izumo Soba (available semi-dried to prepare at home), dried persimmons, the Shimane mascot Shimanekko cookies, Dojo Sukui Manju, and other delights to share the magic of Matsue with your Japanese friends and coworkers.