The Abundance of Less

The Abundance of Less: Lessons in Simple Living from Rural Japan by Andy Couturier is, at first glance, simply the stories of ten people quietly living in the countryside. But readers soon discover that these stories offer much more than an introduction to rural Japanese life. They illustrate ten unique, yet similar, approaches to life well-lived where nothing is taken for granted.

Couturier first wrote these profiles for his column, Alternative Luxuries, in The Japan Times from 1999 – 2000 while living in Japan. Inspired by reader response and his own curiosity, he turned them into a book published in 2010 called A Different Kind of Luxury. However, after three print runs, it fell out of print. Couturier, now living in California, sought a new publisher.

“This is a case in which circumstances conspired to encourage me to return to a book and make it better,” wrote Couturier in an email interview.

His motivation, though, to continue working on it went beyond even a love of his craft. Couturier felt a responsibility to share what he learned and now applies in his own life. 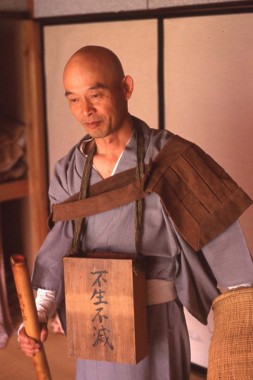 “The problems are ever present,” wrote Couturier. “So many people are lost in a morass of options yet still stuck. Others suffer extreme ‘time poverty,’ not to mention the ongoing destruction of our biosphere and nuclear power with its accidents.”

Each chapter begins with a brief introduction of its subject before launching into their full story. The narratives are beautifully rendered in Couturier’s intimate prose so that readers feel present at each meal and discussion. We can feel the heat of the humid summer as we sit on the tatami mats in Atsuko Watanabe’s country house, smell the rich curry that Osamu Nakamura prepares and hear the gentle notes of Kogan Murata’s flute.

It is tempting to look at these people embracing a traditional Japanese custom—San Oizumi makes his own miso and Koichi Yamashita grows his own rice—and only see an attempt to live in the past. However, each character is clear that they see this tradition as a way forward because it is the best way to eat, to create, to live. The goal is to live a full, rich life, and each has found that eschewing certain aspects of modernity is the best and most satisfying way to do just that. As Akira Ito said of his book of hand-drawn prints on handmade paper: “The good of the past, that’s what we must preserve. They have passed through the hardships of history to become a tradition, and we who are alive today must treasure them, and take care of them for the future.”

Couturier and his subjects make it impossible to read a chapter and forget it. While it may not be necessary for each one of us to move to the countryside and live in a wooden house on a steep mountainside, each story kindles a desire to see what is possible in our own lives. Maybe we cannot cook with wood, but could we live without television or purchase more secondhand items? What choices could we make that would be good for us or the larger community of which we are a part? There is, Couturier believes, something each of us can do. 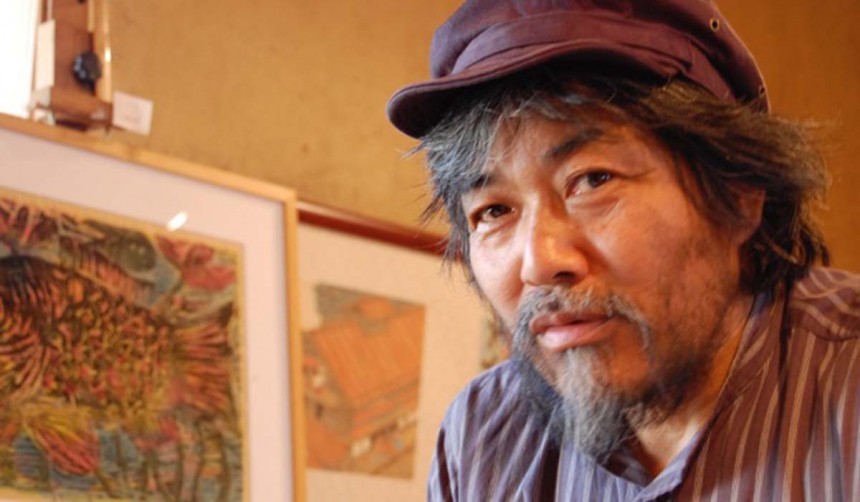 “I don’t think it takes a certain type. That’s why I profiled people who are brash, very self-effacing, exuberant, slow and quiet, socially active, and others who are more private,” wrote Couturier. “Each of them offer their gifts in different ways. I think that because we truly are in an earth crisis right now, even if I like to ‘live large’ there are a lot of ways to do that without doing damage to the other creatures and life forms here with us: hike up a mountain from the bottom, write a powerful and potent poem (take a year on it and do it really, really well) or bicycle from York, UK to Java, Indonesia overland, as a friend of mine recently did.”

Couturier is not, as he writes, “a paragon of virtue,” but his philosophy of less is more, woven together from his own experiences and those he introduces in this book, is worth attention. What Couturier offers here is a series of examples, including his own life, that are thought-provoking at the very least and life-changing at the most. With Couturier’s encouragement we realize that we can look deeper, push a little bit further. As Kogan Murata says, “It’s not what you have done; the important thing is what you are trying to do.”