Alternatives to the Cherry Blossom Hanami

Make the most out of your springtime by ditching sakura

Japan’s famous cherry blossom season is right around the corner, and that means you’ll soon find families and coworkers picnicking under the shade of cherry trees. Hanami, or cherry blossom viewing, can be the perfect opportunity to immerse yourself in Japanese culture. You can feast on multicolored hanami-dango and enjoy some sake as you relax and watch the cherry blossoms flutter in the spring breeze.

Or, more likely, it can be a big pain in the butt. You’ll find parks with big cherry trees overflowing with picnic sheets and drunk hanami-goers staggering to and fro, with all the loud chatter ruining any chance of enjoying the cherry blossoms peacefully. Not to mention all the pollen flying around and forcing you to wear masks and goggles if you have hay fever.

If you want to avoid the hassle of the ordinary sakura hanami, here are some alternatives to try out:

If your goal is to admire flowers peacefully, get a head start over the competition by going to see plum blossoms. Plum trees are in full bloom between late February and mid March, so there is no worry of rowdy crowds disturbing your view. 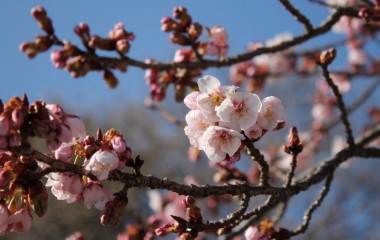 Plum flowers look similar to cherry flowers, and they both have a long history of being enjoyed at hanamis. In fact, plums used to be more popular than cherries for hanami in the Nara period (8th century), as it was a treasured flower that had significant cultural importance in Chinese culture. It was only in the Heian period (9th century – 12th century) that cherries became the favored flower for hanami.

Plum flowers range in color from white to hot pink, and can be found many parks and shrines around the country. One of the most popular spots for plum blossom viewing is Shinjuku Gyoen, with 300 trees planted plum groves all around the park. For a more local setting, visit Hanegi Park in Setagaya. Located in front of Umegaoka (directly translated to “plum hill”) Station, the park is a fraction of the size of Shinjuku Gyoen, but is home to 650 plum trees of over 60 varieties.

One downside to plum blossom viewing is the fact that the season is in early spring, meaning that it may be too chilly for a picnic. But if walking around with a jacket is no problem, then plum blossoms are for you.

If braving the cold isn’t your thing, how about enjoying hanami from the comfort of your living room? Boosted by a campaign by beverage maker Kirin Beer in 2017, “Air Hanami” is slowly being recognized as an alternative to ordinary hanami. 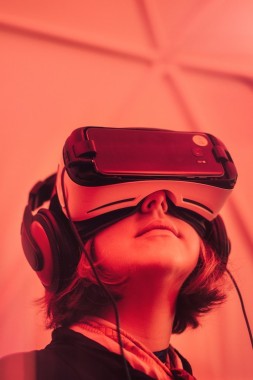 Air Hanami is just like regular hanami, with the dining and the drinking and the party games, but done indoors. The “blossom viewing” is done by displaying photos or videos of cherry blossoms on smartphone or computer screens. Weather forecasting service Weathernews has even released virtual reality videos for viewers to enjoy cherry blossoms.

Proponents claim that Air Hanami allows people with severe hay fever to enjoy hanami. Considering that a large fraction of the Japanese population suffer from hay fever, it seems natural that a hanami without the hassle of donning masks and goggles to step outside is gaining traction. However, skeptics find the idea of a social event like hanami being replaced by people staring at phone screens to be depressing.

Either way, it seems that the ordinary cherry tree hanami is not the only way to enjoy the spring in Japan. So if you find yourself dissatisfied with the hordes of drinkers disturbing your hanami, it’s good to know that there are other ways to make the most out of the season.