Another Image of Haruki Murakami

Illustrations at the Chihiro Art Museum

Haruki Murakami is arguably Japan’s best-known living author. Works like Norwegian Wood, Kafka on the Shore, and 1Q84 have sold millions of copies and amassed a diehard fan base intimately familiar with a decades-long career and eccentric tropes, such as urban ennui, mysterious disappearances, and an endless assortment of cats.

But fans may be less familiar with the visual side of Murakami’s canon. There’s the iconic Chip Kidd book covers, a 2010 cinematic adaptation of Norwegian Wood … and what else? Quite a lot, it turns out. Chihiro Art Museum’s new exhibition, “Murakami and Illustrators,” shows that there’s a lot to see when it comes to the author’s considerable oeuvre. 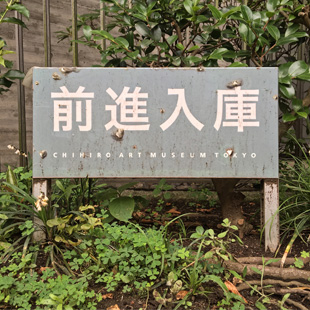 Located a short walk from Kami-Igusa Station, Chihiro Art Museum boasts a regular collection of namesake Chihiro Iwasaki’s illustration work in addition to its rotating exhibitions. A modest entry fee (¥700-¥800) grants access to everything onsite, including a café and gift shop, where you can pick up a few Murakami books on your way out.

The exhibition is Murakami right from the start: upon entering the exhibition’s wing, you’re first greeted by the sounds of improvisational jazz—the author has described his own writing style as a kind of “free improvisation”). A wooden hallway is used to display a timeline detailing how the work you’re about to see fits into the bigger Murakami benchmarks that fans might be more familiar with.

A word of warning: all of the exhibition signage is in Japanese. So if you’re looking for the warm, comforting words of curatorial context, non-Japanese speakers are outta luck. A small English brochure is available in the lobby, but doesn’t indicate more than a focus on the “harmonious relationship achieved between Murakami’s prose and the accompanying illustrations.” Beyond that, you’re flying solo.

Though strangely, this breakdown in language may be an asset. Murakami’s literary work is full of cryptic satellite images that don’t seem to have much meaning when viewed apart. It’s only after experiencing these strange visions one by one that you discover the story in what you’ve seen. Half the fun is guessing how it all connects together, even if you never really know.

Viewed through this lens, “Murakami and Friends” is right on point. The single-room exhibition is made up of mixed media work from Maki Sasaki, Ayumi Ohashi, Makoto Wada, and Mizumaru Anzai, all of whom have collaborated with Murakami to visualize his essays and short stories. 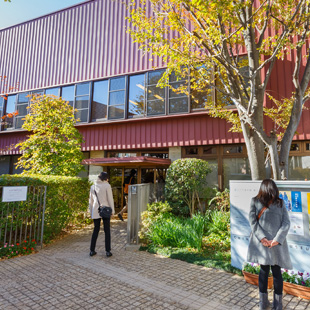 What’s on display ranges from draft sketches to published books, and it’s interesting to see how the original artwork ended up being included in the final product. One standout is an excellent collection of illustrated maps that ended up as book jackets for a canvas-bound set of Murakami’s collected works.

Other subjects include the author’s requisite jazz records, feline companions, and curious women with Mona Lisa smiles. But there’s lots more, too.

Makoto Wada’s playful depictions of jazz greats for Murakami’s Portrait in Jazz series are sharp and full of personality, and Mizumaru Anzai’s rich silk screen prints for 2001’s No Idea recall the visceral work of Saul Bass. Another must-see is a knockout edition of a Murakami-translated edition of The Great Gatsby, covered in a splash of bold, colorful shapes, that feels like one of Gatsby’s own decadent parties. Throughout all of the work on display, there’s a vaguely retro feel, something oddly nostalgic echoing toward the present—which feels a bit Murakami, too.

As you leave “Murakami and Illustrators,” the last thing to linger is the music, now a smoky standard about young love. The images swirl in your mind like some kind of surreal dream from the night before, where the plot has vanished but the visions remain. The half-empty bottle of whiskey, the eyes of the cat, and that familiar stranger you used to know.

Mieko Kawakami’s intimate portrait of womanhood in ‘Breasts and Eggs’