Visuals have been as central to the work of Keigo Oyamada—otherwise known as Cornelius—as music itself. Since the turn of the millennium, his songs have come paired with videos that emphasize synchronicity with sound, a feat made easier by his shift towards a ‘Lego-brick-style’ approach of elements snapping into place together. It has even become the guiding principle for the project’s live shows, evidenced by the recent jaunts behind last year’s melancholic Mellow Waves. This connection between auditory and visual prompted Sean Ono Lennon to describe Cornelius as someone who “paints a kind of audio architecture.”

This was the phrase Yugo Nakamura (exhibition director and legendary web designer) says he needed to hear to jumpstart a new exhibit, attempting to build a physical space around a single song constructed by Oyamada. The exhibit is titled after the song, “Audio Architecture”, and is running at 21_21 Design Sight in Roppongi until October 14. To complement the space, a handful of artists have created short videos also synching up with the song, offering up eight additional perspectives on the piece. 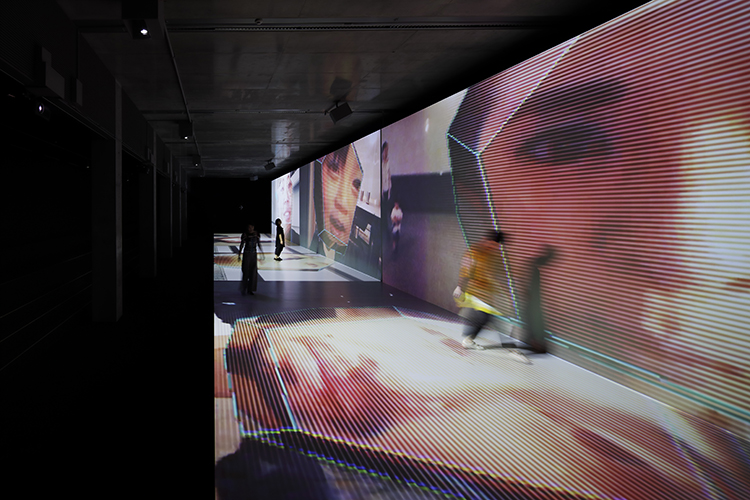 The song itself serves as a celebration of music, with lyrics moving from familiar adjectives (“loud / quiet / mellow / sharp / major / minor”) reflected by sonic changes, to more abstract ideas (“theory / emotion / think / feel”). Oyamada’s whole career has explored the same themes, although he has carried out these explorations in a less obvious way. As such, as a standalone song, “Audio Architecture” feels a little too much like a Cornelius cheat sheet (only the most hardcore completist should shell out the ¥2,000 for the 7” single… though it does come in a charming sleeve). Still, it works wonders as something to pull apart, and those of us primarily interested in sound will get a kick out of seeing how Oyamada pieces it together. 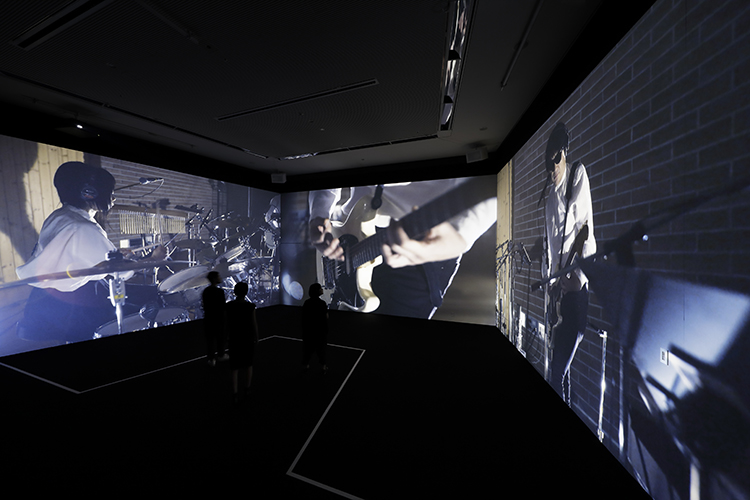 Visitors first enter a room devoted to the original creation of “Audio Architecture” by Cornelius. In this initial space, the song plays while footage – Oyamada and his band performing said song in a studio – projects against the wall. Several monitors dissect it further, including one particularly fascinating segment that shows all the individual tracks that go into “Audio Architecture” as it progresses.

The main draw comes in the next hall: a large screen plays one of the eight clips commissioned as visual representation for Cornelius’ “Audio Architecture,” which pipes in from the previous room. Every video offers a different perspective on the song: Keita Onishi’s contribution explores the “cocktail party effect:” when you focus on one sound while blocking out a variety of other potential distractions, say at a social gathering. Yoriko Mizushiri opts for an animation on “airflow,” which shows familiar objects moving in motion together, but eventually being manipulated in unexpected ways that reveal they are on their own paths. Other artists turn to footage taken from real life (UCNV’s “Another Analogy”), with others embracing eye-catching visual creations working alongside the song (Hiroaki Umeda’s “in fibrils”). Visitors can sit on benches and watch as the music videos play, absorbing the details as they progress… But for those with less time or patience, you can follow the path leading to the back, where each creation can be seen on its own small monitor, with the sound still synched up. 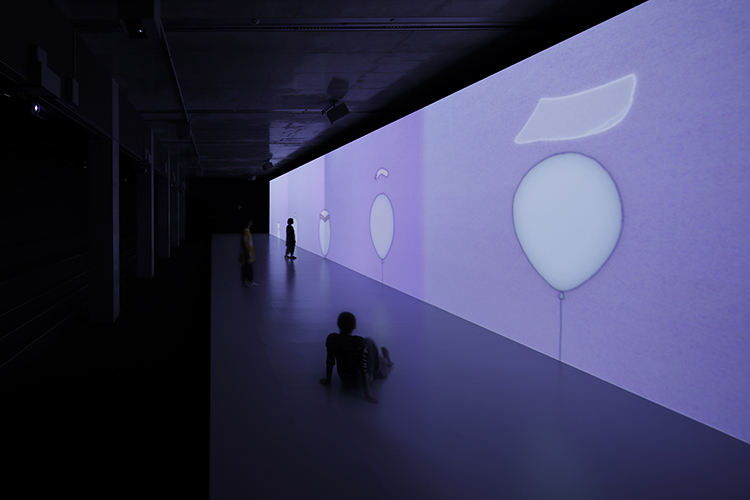 At the end of the exhibit there is an interactive nook: if you’re curious, make sure your phone is charged because you’ll need to download an app to use it.

“Audio Architecture” works because of the amount of perspectives on display. A couple of videos tied to Cornelius’ contribution would have been interesting, but ultimately could have felt like YouTube loosies projected on a big screen. But eight — best experienced by sitting and watching them one after the other, to really reflect on the varied interpretations — highlights the many ways people can imagine sound visually. Coupled with a music-geek-baiting exploration of Oyamada and his band’s approach to putting a song together, “Audio Architecture” offers a thoughtful space to meditate on how music can be expressed in different forms.