A former Special Forces officer (Frank Grillo), trapped in some kind of cosmic time loop, wakes up every morning in the same place on the same day, which happens to be the day he dies. Repeatedly. It’s not immediately explained why, but we do learn that several assassins or groups of assassins are trying to get him. Again, for no apparent reason. With every death, though, he merely resets and wakes up again back where he started. And every day he learns something new about his situation. Groundhog Day meets The Bourne Identity.

If this brings to mind a video game aimed at preteen boys, that’s because it’s adapted from one. But though this may be a backhanded compliment, it raises the bar considerably for video game-inspired flicks.

First, though hugely dumb, it doesn’t take itself at all seriously. It’s not lazy, and it gets by on Grillo’s charm. The plot — involving his estranged-wife scientist (Naomi Watts) and her megalomaniacal boss (a bored-looking Mel Gibson) and, oh yes, the end of the world — is convoluted but only to keep it from getting boring. There’s a lot of shooting and killing, but it’s mostly the cartoony kind. And no scene is safe from a sight gag or a throwaway joke. I found myself having fun in spite of my unbelievably sophisticated self. I blame my inner pre-teen boy. (94 min) 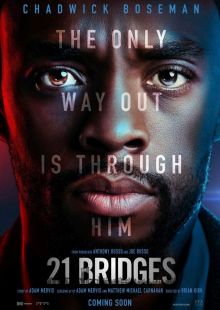