It came as a surprise to a lot of people in 2021 that sports climbing was introduced to the Olympic Games. With a new peak in national interest in Japan, bouldering is quickly being taken up in Tokyo. So, how to get started with this addictive sport for yourself?

A background on bouldering

Despite how it might appear at first glance, climbing is more than just going up and down a wall. It is definitely a workout. Climbing requires a level of strength and muscle control that most assuredly qualifies it as an endurance sport. When conquering a wall, climbers use muscles from the tips of their fingers to the tips of their toes in the most literal sense. Beyond strength and endurance, climbing requires a huge amount of strategy and planning to be successful. Bouldering routes are referred to as “problems” by the community rather than using a term like “routes” or “courses,” because they are closer to puzzles than a hiking route or pathway. 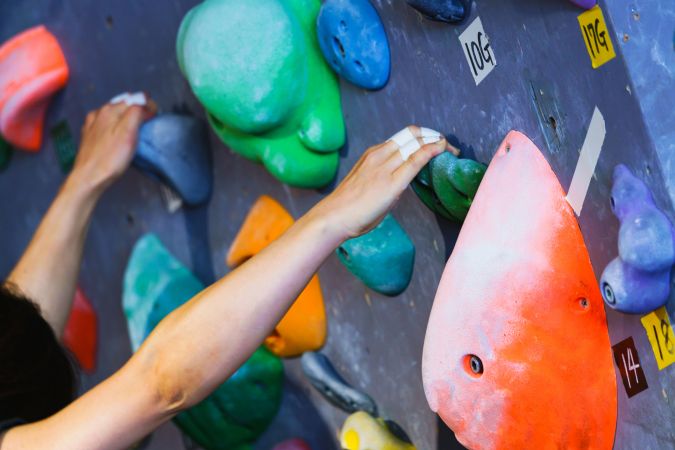 Climbing tests problem-solving abilities while the climber’s body is in precarious physical situations. Some of the most difficult problems take weeks or months of grounded planning and trial and error to overcome — even for the most experienced climbers. While the problems the pros face at the Olympics may seem daunting, one of the reasons this sport is so immediately addictive is that it has a surprisingly smooth learning curve. The climb from absolute beginner to professional doesn’t feel particularly rocky, in part due to how satisfying progress feels. It is always rewarding to reach the top of the wall. Bouldering is a great option for anyone who enjoys challenging their body and mind while improving and overcoming feats one step at a time.

How to start bouldering in Tokyo?

We’ve established the value of climbing as a sport and hobby, but this is where it will start to become more obvious why Japan was the country to introduce it to the Olympic Games roster. Tokyo is brimming with high-quality indoor bouldering gyms tucked away at an easy distance from most stations, with over 20 across the city. In that regard, beginners in Japan are lucky compared to those in many other places in the world. There are some things to consider before diving into the hobby, though.

As with most activities in Japan, people who don’t speak Japanese should try to limit themselves to places with English websites or options listed. While climbing is a generally safe hobby, it can become dangerous when approached blind and unprepared. Even for people who have a general idea of what they’re doing, things vary from gym to gym and day-to-day, so it’s best to be able to communicate with someone if something were to happen. This is generally not a concern at the bigger chains, which make an effort to support foreign visitors, but these tend to come with an added downside of requiring new customers to commit to a membership upfront.

Which bouldering gym to join in Tokyo?

For those who feel hesitant to commit to more than one session, it might be better to look at a smaller gym first — just don’t get overwhelmed as some smaller locations are more designed for frequent climbers and are not nearly as beginner-friendly. There are a few other important things to be aware of when choosing a gym. There is a difference between belay climbing and bouldering. Belaying, the one with the harness, tends to require special training to start, whereas more casual bouldering gyms with padded floors and no ropes start with simple rules and safety instructions only. Climbing shoes are also an important part of climbing. Shoes can be an expensive commitment for a first-timer, so it’s important to keep an eye out for a place that has rentals available, which many do. 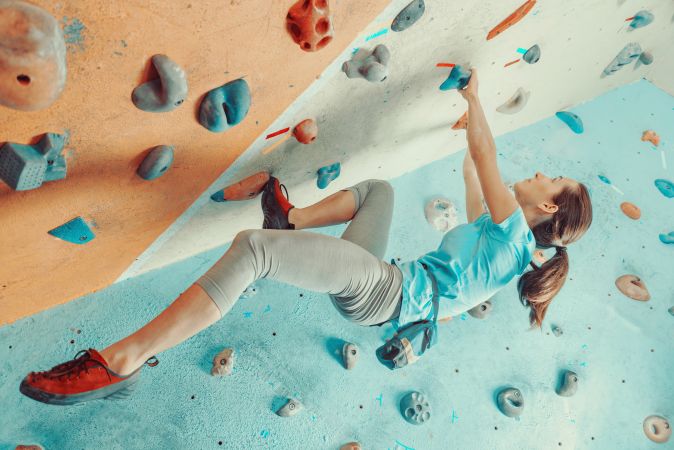 Expect to learn. It’s not impossibly difficult but it’s also not as intuitive as climbing a tree. Learn the gym’s rules and start easier than seems necessary, even if you have a little bit of experience. Japanese gyms set up problems differently than the U.S., and it isn’t unheard of for climbers to have to drop a few difficulty levels the first time they climb in Japan. A good rule of thumb is to make sure to be able to climb at least 10 problems of one difficulty level before moving up to the next one.

Expect to be sore. If it hasn’t been stressed enough, once more, climbing is a workout. More than that, it uses a lot of muscles most people don’t even know the name of. This will lead to aches a few days after so just take it easy and don’t push too hard. Give yourself time to recover.

Expect to make friends. The climbing community in general, but especially in Japan, is incredibly friendly and supportive. Strangers want to see everyone around them succeed. Take advice graciously, and don’t be surprised if someone randomly starts clapping for you when you reach the top. Success in climbing is more often than not a team effort. It takes lots of brainstorming. Make sure to give back too. It won’t hurt to learn some complimentary terms in Japanese, and even French for the overachievers. Make sure to throw out a quick “gamba!” (go for it) to the people trying the same problems as you. You might even learn from someone or make a new friend or two.

Fitness and fun, community and challenge

A culture of support

The Olympic debut of professional climbing